The best true wireless earbuds you can buy this holiday season

We expect these to be popular stocking stuffers.
B. Steele|11.14.19

True wireless earbuds have become a staple when it comes to audio accessories. Over-ear noise-cancelling headphones are still a thing, but many companies have turned their attention to the tiny speakers you nestle in your ears. The advantage for consumers is that there are more options than ever to choose from. New models are popping up all the time with refined designs, new features, improved battery life and other advancements. With no shortage of choices though, it can be difficult to cut through the clutter to determine which ones are worth your money. We've compiled a list of the best true wireless earbuds available, along with some tips on what to look for as you shop during the holidays.

Things to look for 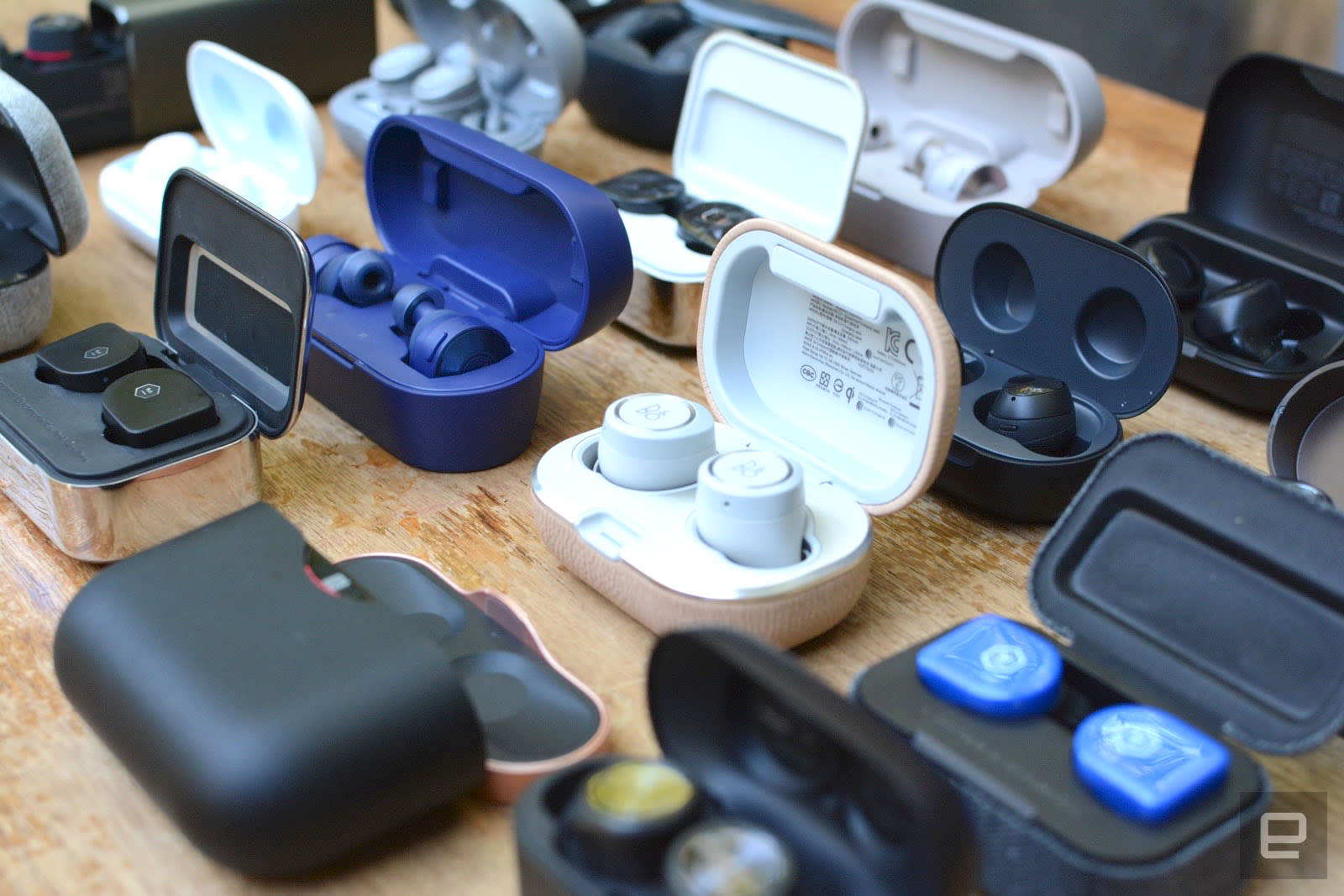 When shopping for true wireless earbuds, the first thing you want to consider is battery life. These headphone replacements are useless if you can't use them when you want. Look for estimated battery figures of at least five hours for sets with active noise cancellation (ANC) and 10 hours or more for models that don't have that feature. We've come a long way from these earbuds only lasting two to three hours on a charge before you have to dock them in a case.

Second, look closely at the onboard controls. Touch can be frustrating sometimes, and in general, physical controls are more reliable. That's not always the case, and some people might prefer touch controls regardless, but it's definitely something to consider. It's also worth taking the time to see if there are any limitations to the controls that seem like dealbreakers. For example, not all true wireless earbuds have onboard volume control or a quickly accessible transparency mode for brief chats with a colleague. Also be sure to look for customization options here. Is there a companion app that lets you tailor the onboard controls to your preferences?

Last, consider which features you want most in a set of true wireless earbuds. Over the past year, there have been a lot of improvements to battery life, sound quality and size, to name a few. Several true wireless options give you the ability to tweak the tuning with an app-based EQ or futz with the noise cancellation and transparency modes to dial them in for your daily use. And you no longer have to settle for earbuds that stick out like antennae. New, smaller earbuds are popping up all the time. They not only look better when you're wearing them but also are unobtrusive, so it's not quite as obvious that you're trying to tune out the rest of the office. 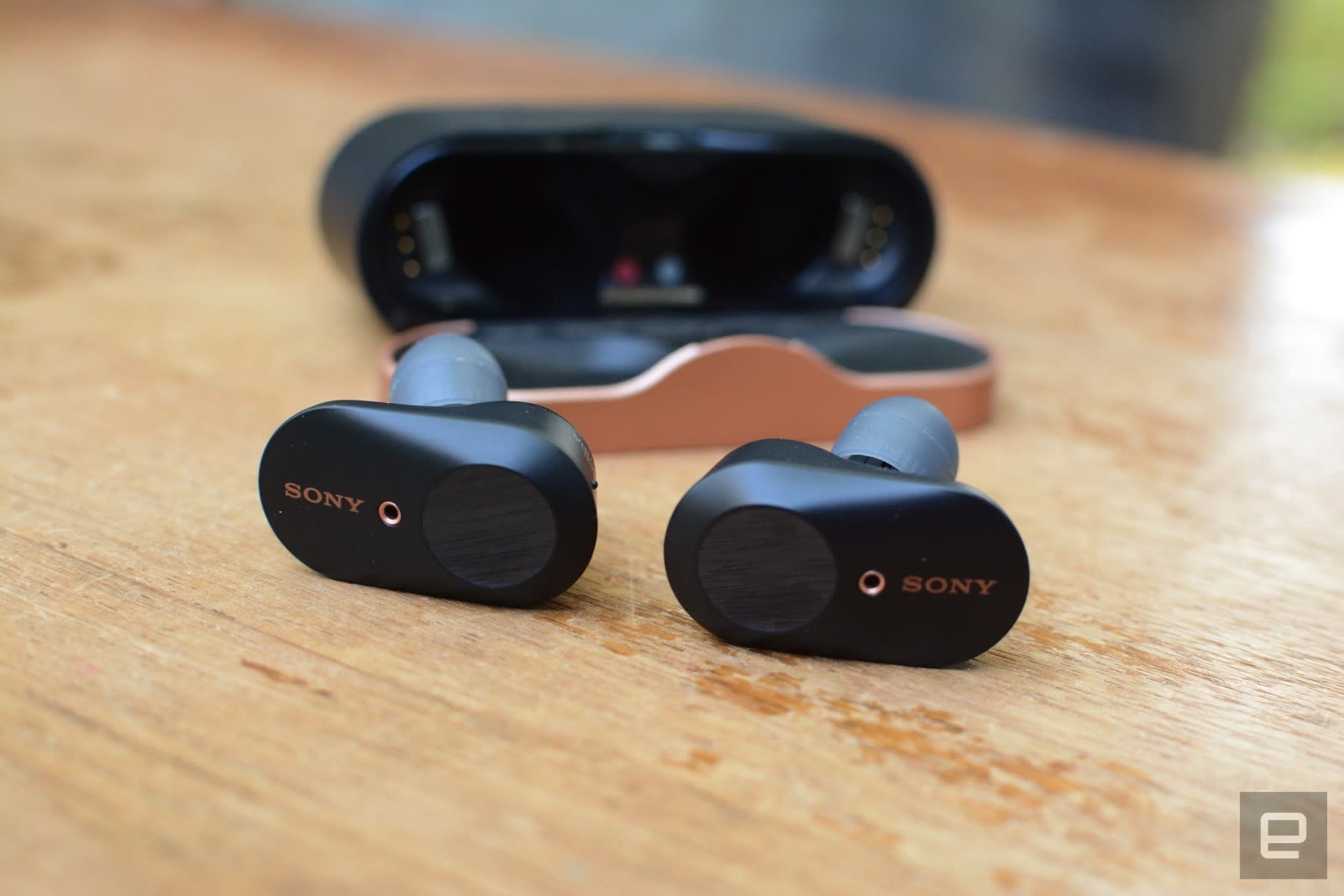 Sony's latest true wireless earbuds remain our top pick. The company offers the best sound quality and most powerful noise cancellation of any models we've tested on the WF-1000XM3. Plus, you can fine-tune the adaptive ANC settings, onboard controls and EQ inside Sony's Headphones app. There's a level of customization here that isn't available on most competing devices. And the six hours of battery life is respectable, especially for a noise-cancelling set.

The WF-1000XM3 doesn't have hands-free access to Google Assistant, though you can easily summon it with the onboard controls. It also has a bulky look, so you will appear to be wearing two Bluetooth headsets instead of a pair of earbuds that are a little more discreet. Even with those caveats, the combination of excellent audio, active noise cancellation and customizable settings makes the WF-1000XM3 hard to beat. 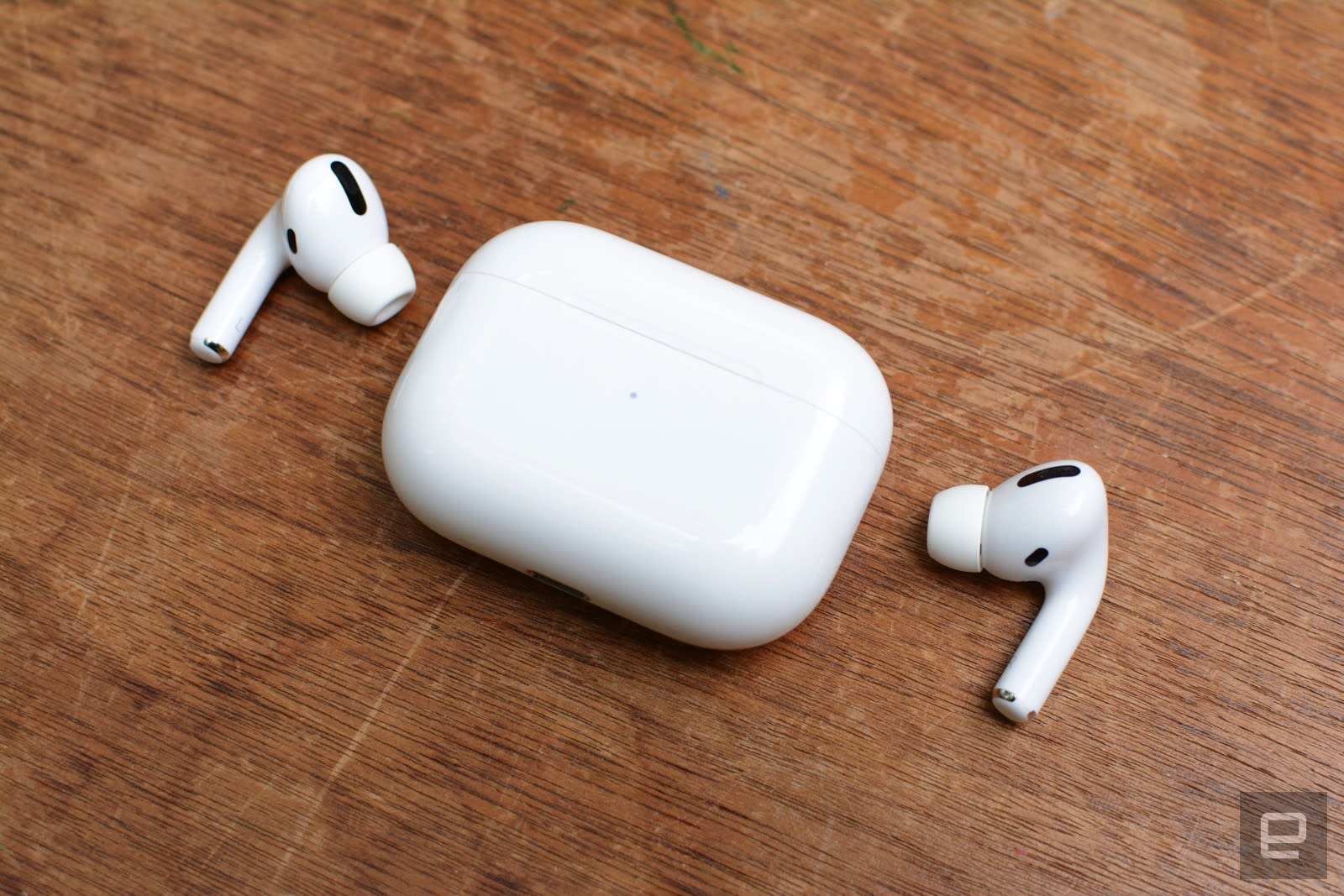 Until late October, Apple's AirPods were... fine. The design wasn't for everyone, but the earbuds made for a solid audio accessory. The long-rumored noise-cancelling model is finally here, and the AirPods Pro is by far the best set of true wireless earbuds Apple has ever built. They offer a more comfortable fit, thanks to silicone tips that also help seal your ear so that ANC can work effectively. The AirPods Pro isn't your only option if you want a wireless-charging case, but it's still not a standard feature for true wireless earbuds.

Touch controls are located on the sticklike extension, and they offer quick access to noise cancellation, transparency mode and basic music controls. Siri is always listening, so you don't have to press a button to summon the voice assistant. Most important, they sound great. Indeed, the audio quality is much improved over the previous two AirPod models'. Yes, they're more expensive, but the AirPods Pro put comfort, good audio quality and a bunch of handy features in the same sleek package. 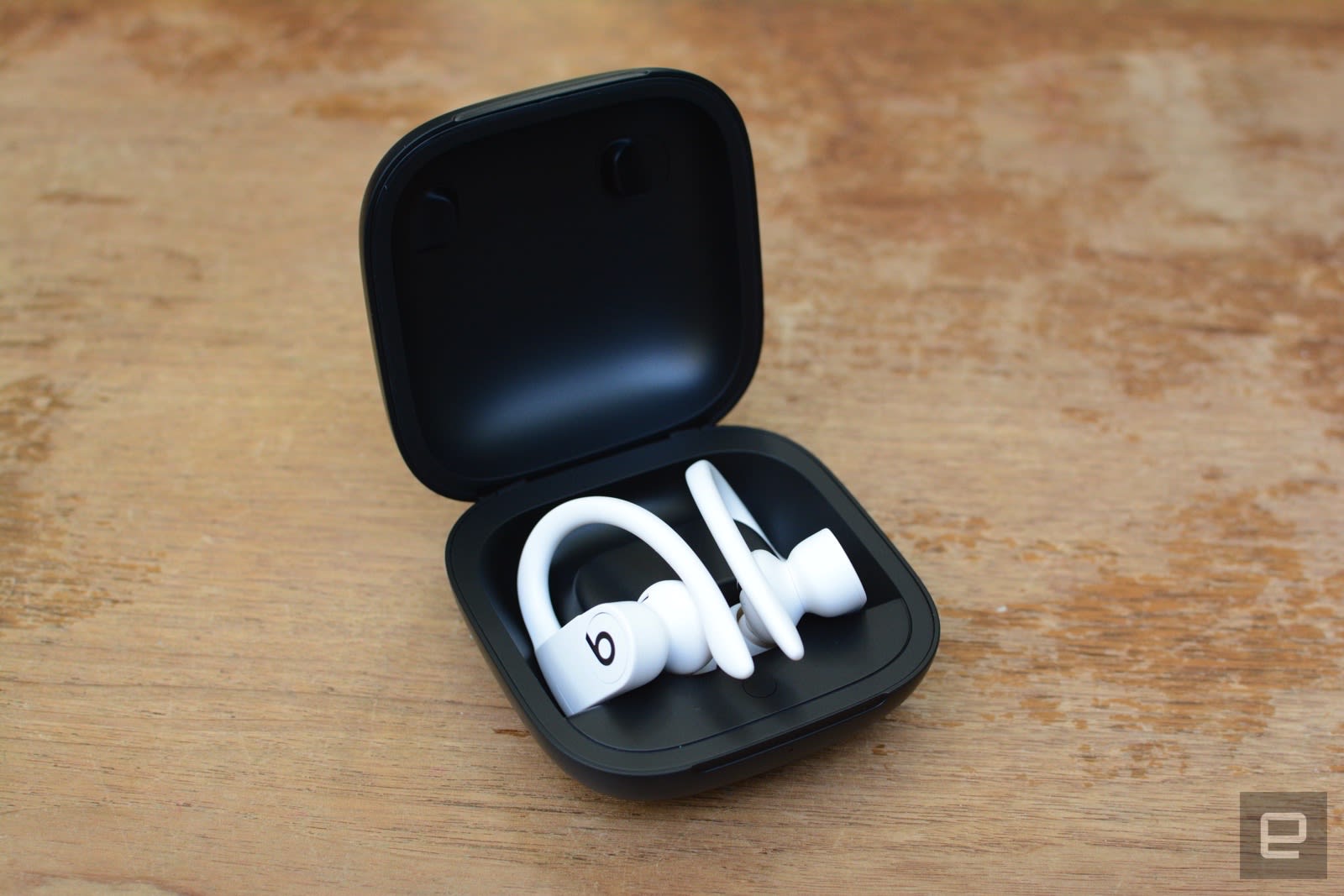 Beats' first true wireless earbuds impressed us when they arrived earlier this year. The combination of good sound, reliable onboard controls and always-on Siri makes these some of the best workout headphones you'll find right now. Those controls are somewhat limited, and there's no companion app to help you customize settings and sound. But the Powerbeats Pro can withstand sweat and moisture during a workout. What's more, the hook design, while not for everyone, keeps the earbuds in place while you lift, run or commute. Just be mindful of that design element if you plan to wear these with glasses.

The Powerbeats Pro are another recent Beats model that features a more evenly tuned sound profile. There's still ample bass, but it's no longer overpowering to the point of becoming unpleasant and exhausting. Instead, these true wireless earbuds are well-tuned, so they handle most genres with ease. They also last nine hours on a charge, so you can easily get through a full day without being forced to dock these in the case.

A word of advice: These are frequently on sale for $200, so hold out for that price as long as you can. 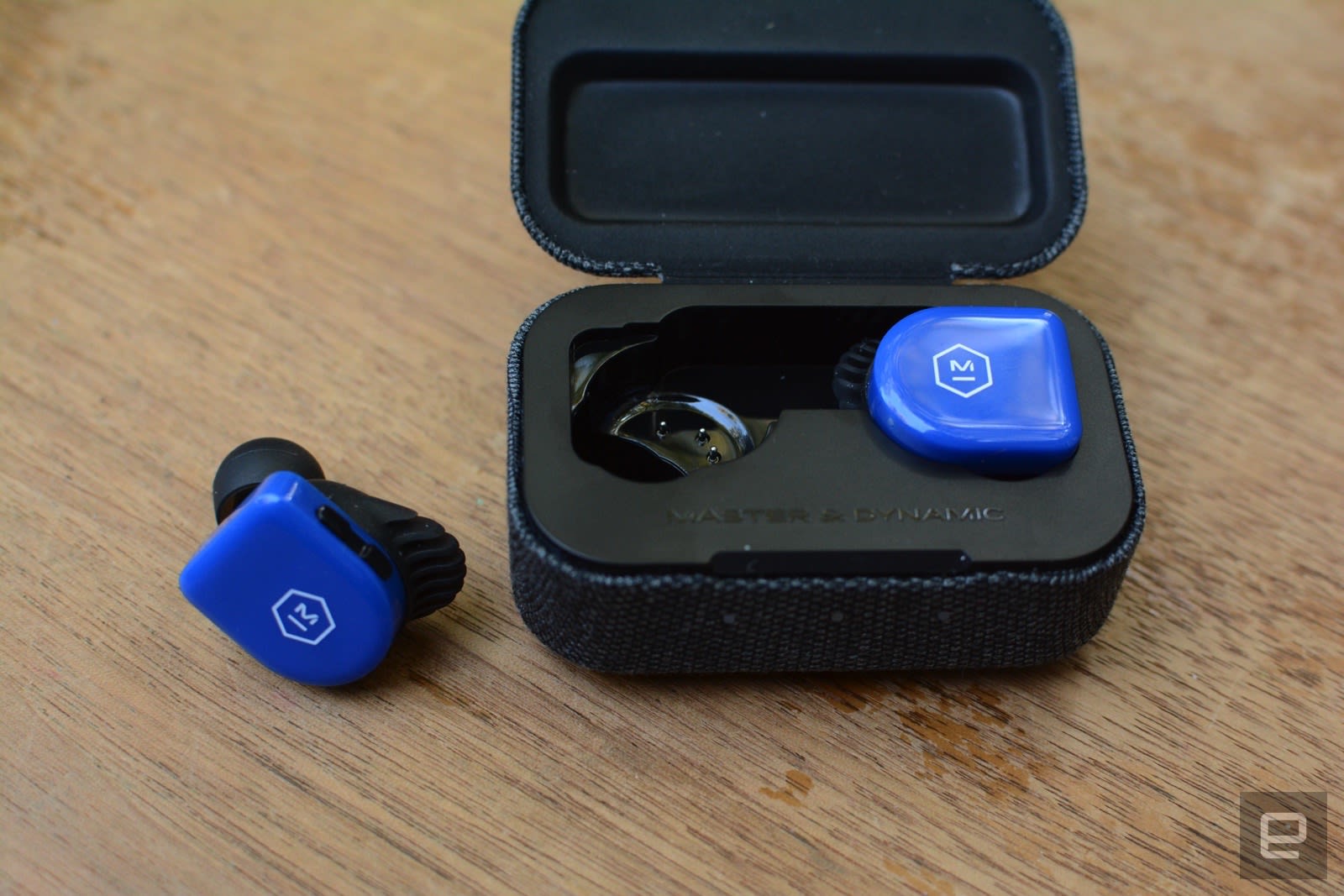 Master & Dynamic debuted its first true wireless earbuds in 2018, and while they carried the company's trademark audio quality, there was room for improvement. The company massively retooled things for 2019, debuting two new models -- one of which is the sports-focused MW07 Go. At $199, they're $100 less than M&D's MW07 Plus, but you have to sacrifice some features to save all that coin.

The MW07 Go doesn't have active noise cancellation, transparency mode and some of the other tools you get with the MW07 Plus. They do have M&D's crisp, clear and punchy audio that sounds great across a range of genres. I like a decent amount of bass during my workouts, and elements like kick drums have plenty of thump but never overpower. Onboard controls work well and aren't frustrating to use. And perhaps most important, the MW07 Go has an IPX6 rating for water resistance while the earbuds themselves are rated for 10 hours on a charge. 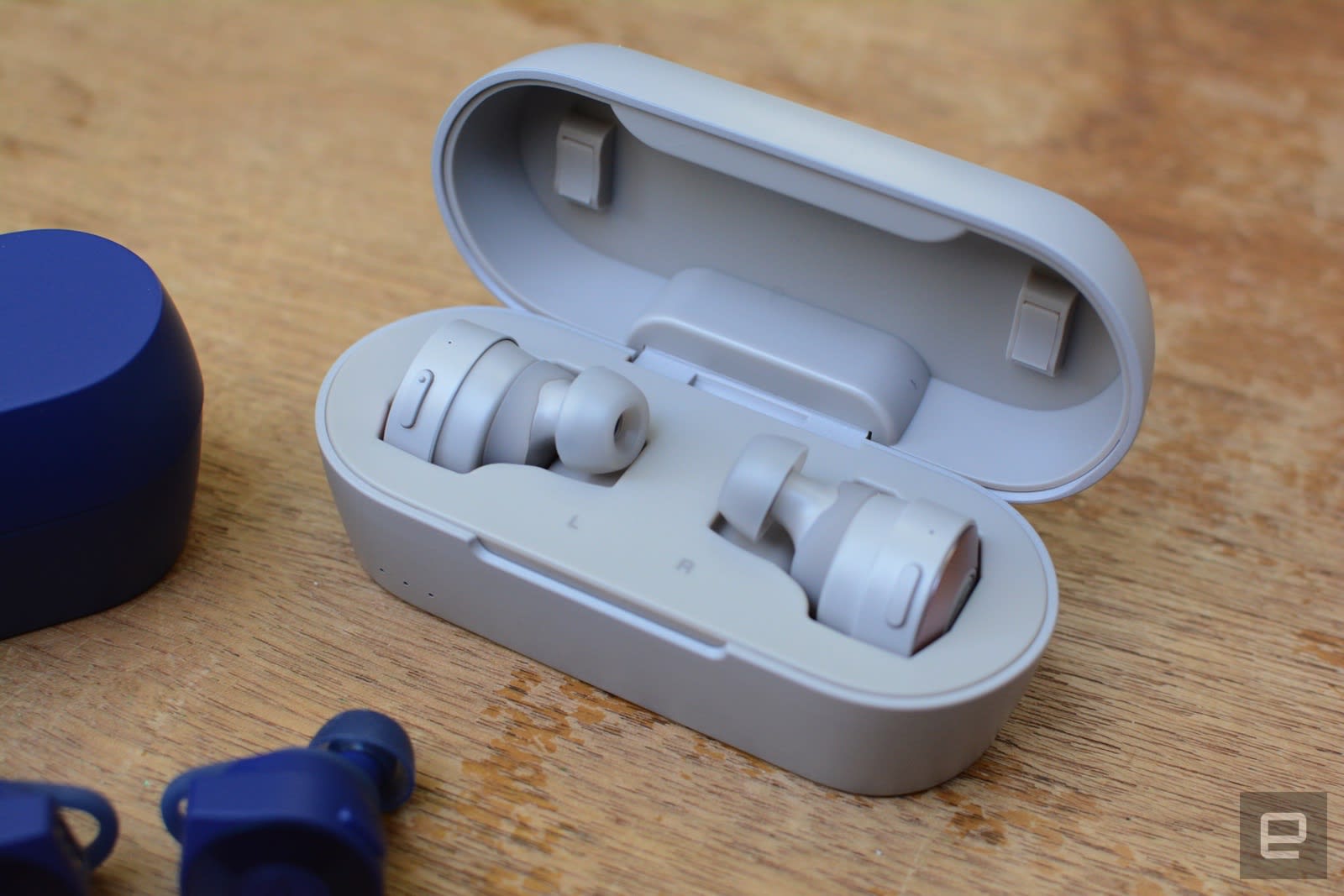 Audio-Technica took a slightly different approach to its true wireless earbuds for 2019. Earlier this year, the company debuted two new models, with the priciest at only $169. For much less than the cost of some flagship models, you'd expect some compromises, but that's not the case. The ATH-CKS5TW has great sound quality, with the warmth, crisp clarity and bassy punch that I've come to enjoy from Audio-Technica's headphones. There are onboard controls for both music and volume, and they're physical buttons that work reliably.

The ATH-CKS5TW offers 15 hours of battery life on a charge, making it one of the longest-lasting sets of true wireless earbuds we've tried. I'm not sure why you'd need that much time before taking these off for a break, but hey, I'm not here to judge. The included case provides two additional full charges, so it should be a while before you have to plug these in. 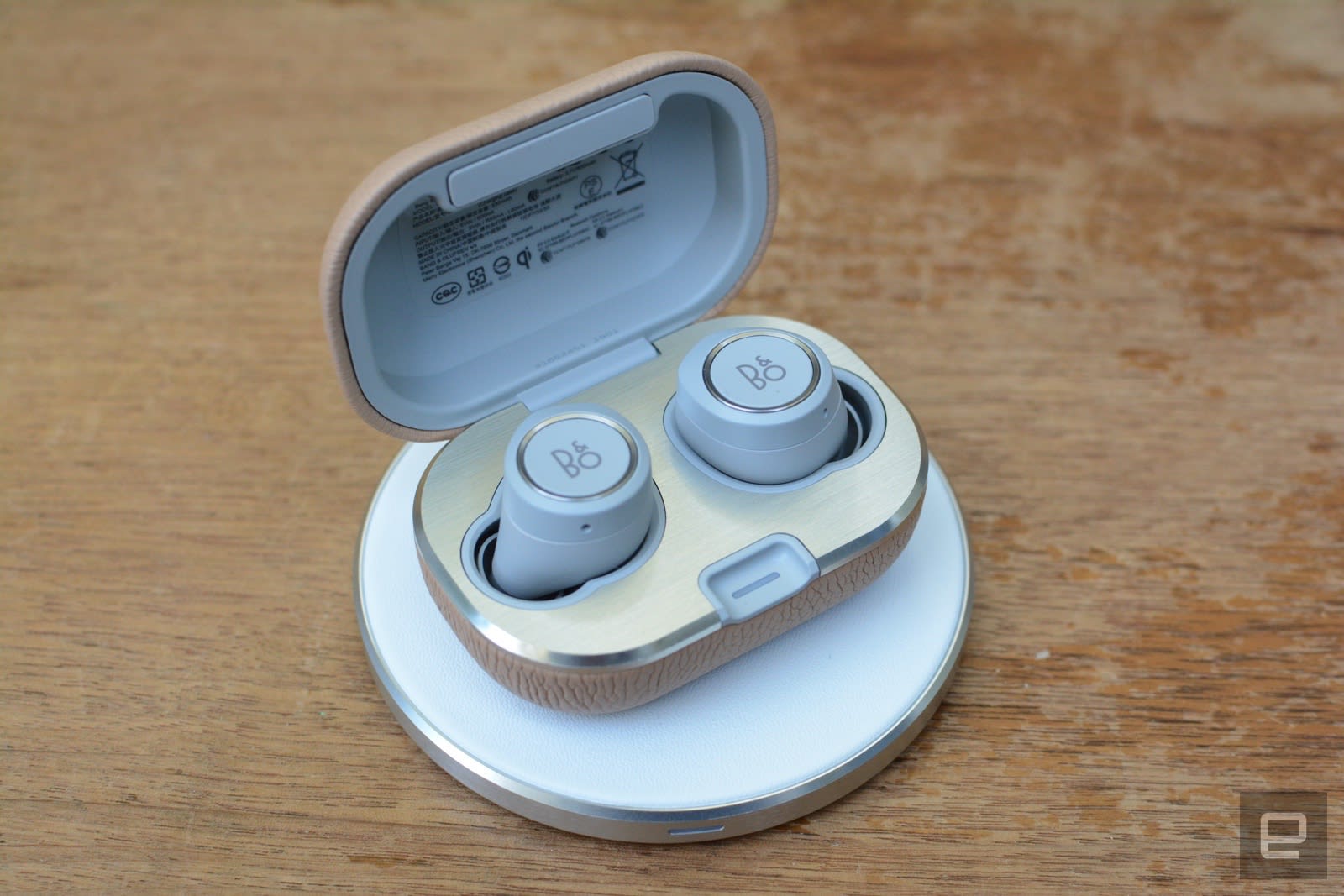 Yes, these are pricey, but hear me out. The B&O E8 2.0 have solid audio quality and handy touch controls, plus the charging case looks a lot better than most of the plastic ones true wireless earbuds typically come with. Most notably, that case can be charged wirelessly on any Qi-certified mat. Or if you want a charging accessory that matches your earbuds and case, you can buy a B&O model for around $116+. Since wireless-charging cases still aren't common, you might want to consider these if that's a feature you can't live without and you're not sold on the AirPods Pro.