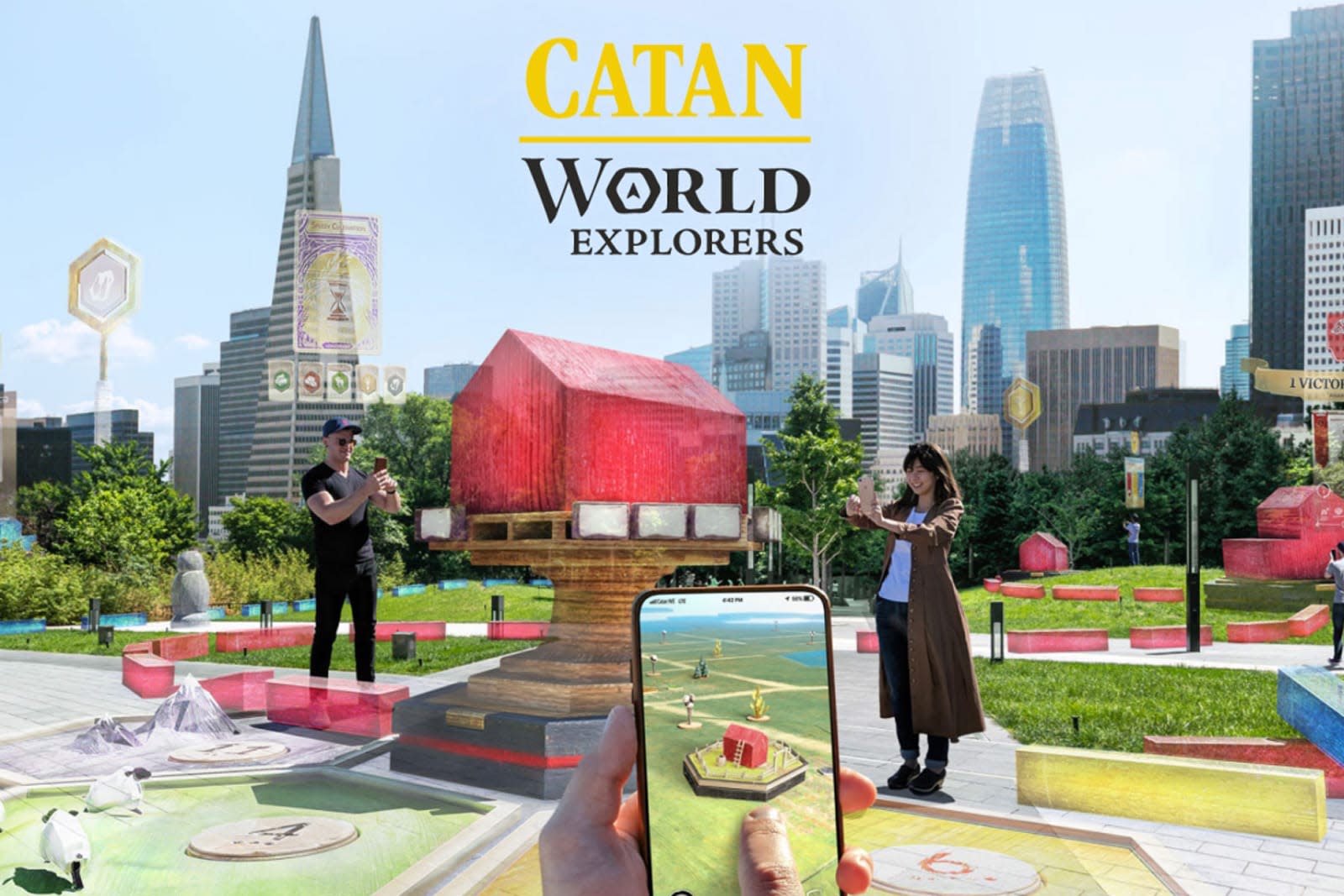 If you're Niantic and you're planning a follow-up to augmented reality hits like Pokémon Go and Harry Potter: Wizards Unite, what famous property do you work with next? Apparently, the answer is a hardcore board game. A product page, source code sleuths and TechCrunch tipsters suggest that Niantic is partnering on Catan: World Explorers, an AR title based on the classic colony-building game Settlers of Catan. While the game's mechanics aren't completely clear, it looks like it really is an attempt to squeeze Niantic's basic formula into Catan's world of hexagonal grids, road building and resource trading.

Neither Catan's creators nor Niantic have officially established their partnership or set a release date, but Niantic's fingerprints are all over the code. TechCrunch also said it confirmed the cooperation from sources inside Niantic. Catan's owners had acknowledged the game's existence in late October, but not the Niantic connection.

This probably won't be a runaway hit like some of Niantic's properties. There are only so many people who are both enthusiastic Catan players and mobile gamers. However, that's not necessarily the goal. Niantic has been gradually positioning itself as an AR platform in addition to a game studio. It doesn't have to worry so much about creating dynamite hits of its own as it does convincing others to make games using its technology. Even if Pokémon and Harry Potter eventually fizzle out, Niantic will be happy if it becomes the go-to choice whenever someone wants to make an AR title.

In this article: app, augmented reality, board games, catan, games, gaming, mobile, niantic, settlers of catan, video games
All products recommended by Engadget are selected by our editorial team, independent of our parent company. Some of our stories include affiliate links. If you buy something through one of these links, we may earn an affiliate commission.