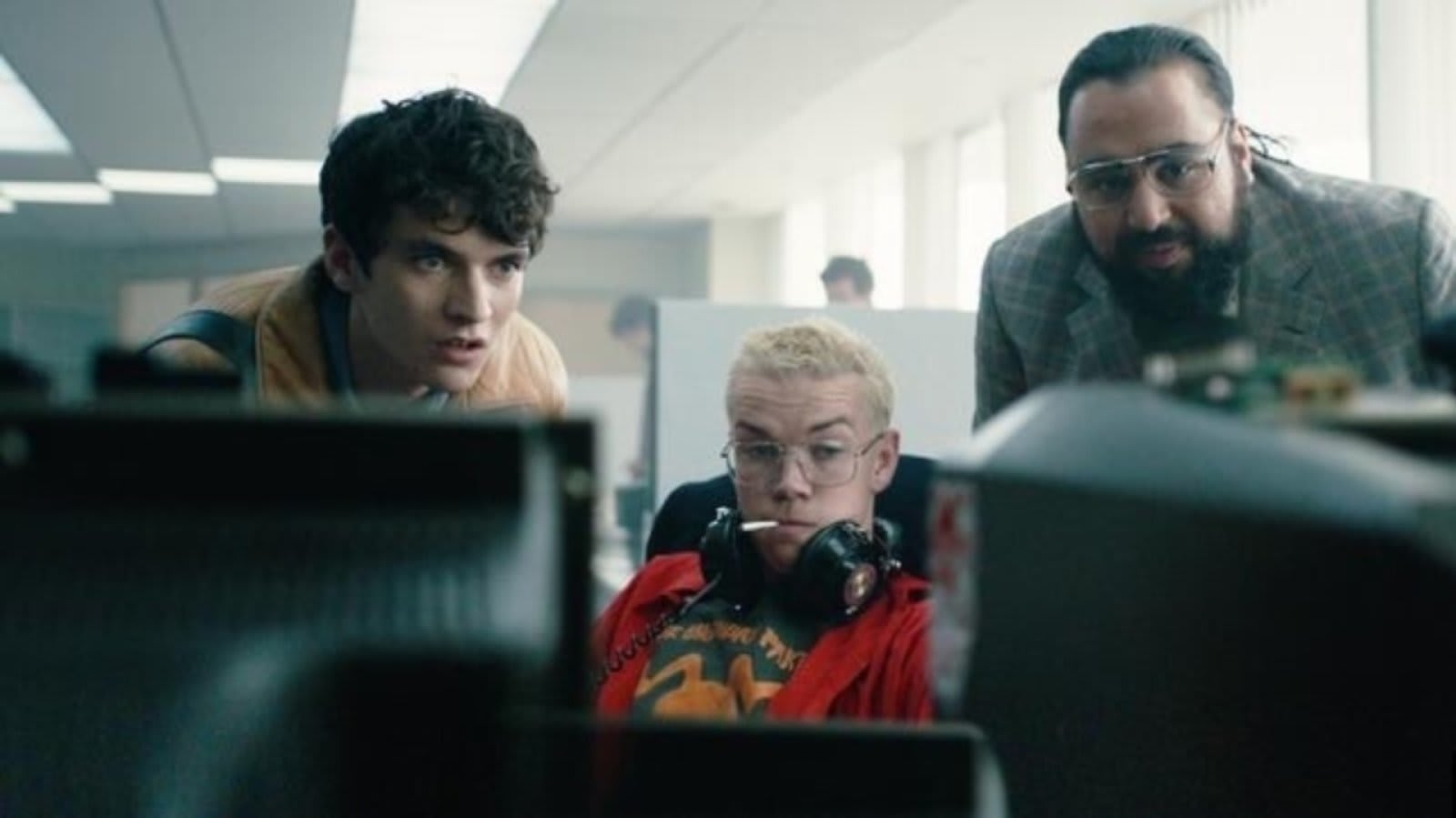 Netflix's choose-your-own-adventure style film Black Mirror: Bandersnatch is the subject of a new lawsuit, brought against the streaming giant by Chooseco LLC. The company is known for publishing the "Choose Your Own Adventure" book series popular in the 1980s and 90s, and it's claiming Netflix infringed upon its trademarks, Variety reports. Netflix tried to obtain a license for Chooseco's trademark in the past, according to Chooseco, but never reached a deal with the publisher.

In its complaint, Chooseco specifically points to a scene in Bandersnatch where a character makes a reference to a "Choose Your Own Adventure" book -- and that appears to be Chooseco's main infringement charge against Netflix. It also says Netflix is "causing confusion, tarnishing, denigrating and diluting the distinct quality of the 'Choose Your Own Adventure' trademark," and that Bandersnatch's "dark and violent themes" reflect poorly on its brand.

While Netflix's Bandersnatch does let viewers choose their own paths through its storyline, it's certainly not the only example of that kind of storytelling outside of Chooseco's book series. Others like Sony's Until Dawn and Mografi's Jenny LeClue, Amazon's "The Wayne Investigation" interactive story and other titles like Late Shift have all incorporated choice-based storylines as well. And this isn't the first interactive program from Netflix, either. Chooseco said in its complaint that it had issued Netflix a cease-and-desist request regarding its use of the "Choose Your Own Adventure" mark with another one of its programs.

Netflix was also recently sued by the Satanic Temple for a goat-headed statue that appeared in The Chilling Adventures of Sabrina. The Temple claimed it looked too similar to its Baphomet statue and said Netflix and Warner Bros. had, therefore, violated its copyright and trademark rights.

Chooseco is seeking at least $25 million in damages.

Via: Variety
Source: The Hollywood Reporter
In this article: av, blackmirror, blackmirrorbandersnatch, chooseco, ChooseYourOwnAdventure, entertainment, lawsuit, netflix, trademark, TrademarkInfringement
All products recommended by Engadget are selected by our editorial team, independent of our parent company. Some of our stories include affiliate links. If you buy something through one of these links, we may earn an affiliate commission.