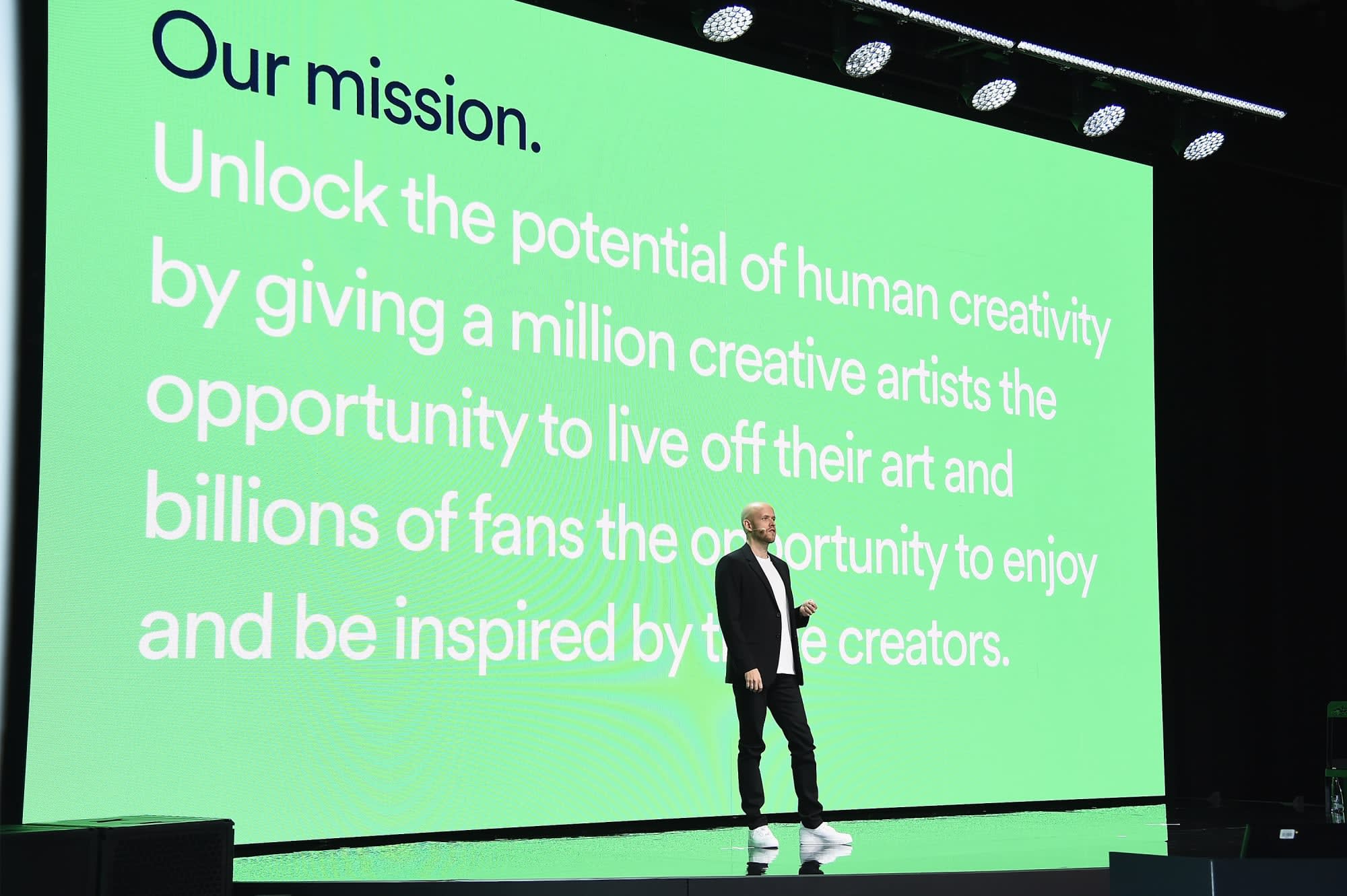 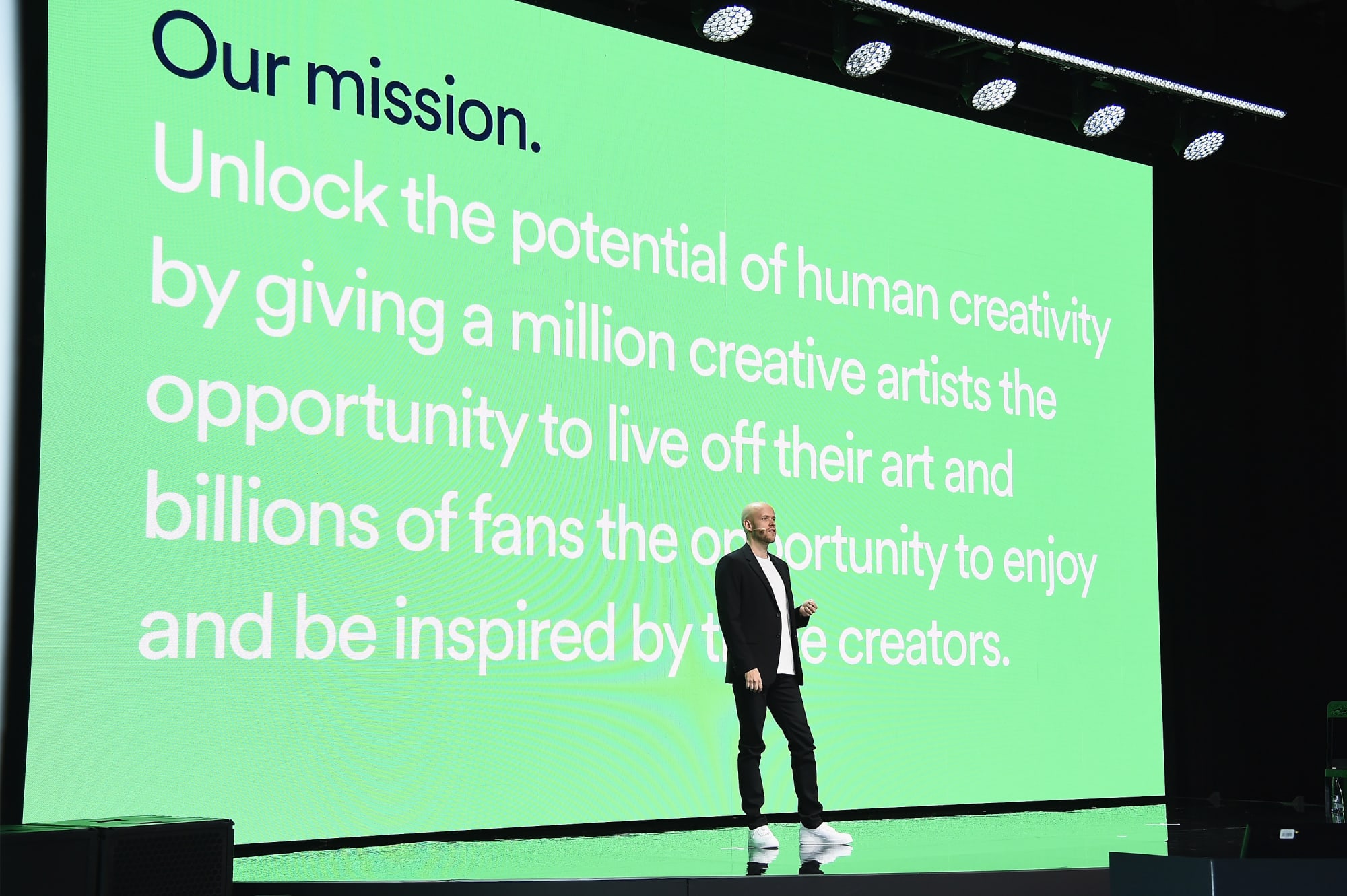 "After careful consideration," wrote Spotify CEO Daniel Ek, "Spotify has filed a complaint against Apple with the European Commission." The Swedish streaming company believes that it is the victim of discriminatory practices by the iPhone maker, regarding its app store. After what it describes as years of poor treatment, the company is going to regulators to ask, or force, Apple to "play fair." Confused? Here's a little context.

What does Spotify want?

Spotify hasn't published what it sent to the EC, but Ek's blog outlines the company's grievances. Ek believes that Apple has, essentially, made life as hard on Spotify as it can, with regards to the Spotify app on the App Store. The company believes that Apple's practices have been designed to suppress Spotify as a competitor to iTunes and Apple Music.

Ek is looking for three things to change in the future, starting with Spotify being treated the same as Apple's own apps. Secondly, he wants Apple to relax its rule about only being able to pay for apps through its own platform. Finally, he wants Apple's ban on apps communicating with users to be removed, so Spotify can talk to its customers directly about deals and offers.

Rightly or wrongly, Spotify believes Apple is singling it out because it offers a competing product. Spotify has published a timeline, running from 2007, outlining when its iOS app was rejected and alleging that Apple threatened to remove the app altogether. Spotify adds that the App Store rules were altered in "ways to disadvantage rivals like us."

Spotify also says its products have been unfairly excluded from accessing Apple's hardware services. Like the fact that you can't invoke Siri to play songs from Spotify on the iPhone or on Apple's new(er) HomePod speaker. The company says that it tried, several times, to build an app for the Apple Watch, which Apple didn't agree to until 2018.

These aren't as crucial to Spotify's case, however, as Apple taking a 30 percent commission on every app sold in its store. And that it insists on only using Apple's payment platform, rejecting apps that ask to be paid by other means. Compounding the issue, according to Spotify, is Apple refuses to allow apps to communicate this detail to its users.

Spotify was unwilling to incur the 30-percent charge on its monthly subscription revenue from iOS users. After a lengthy back-and-forth with Apple, Spotify pulled the ability to upgrade to Premium, its paid-for product, from the iOS app. And Spotify suggests that Apple broke its own rules when it launched Apple Music and communicated offers to users -- something other app makers are blocked from doing.

Is that fair on Apple?

Not entirely, and Spotify may claim as conspiracy what could simply be two arms of a company behaving in conflict. If Apple was determined to exclude Spotify to make sure that Apple Music was all-conquering, why not block it from the App Store? It could easily amend its policies in a way that would make that a fair call, and it has not.

Spotify is also complaining that it can't tell users to sign up to Premium via its website, or link to the website in the app. But if all apps simply bounced users to third-party websites, it would open the door for large-scale fraud, hacking and harassment. You could argue that Apple's policies are often built to avoid harm to consumers, which seems the case here.

The music service may have also over-egged its justifications about being blocked by Apple from accessing its hardware. Spotify claims that Apple blocked Spotify from running on the HomePod, a Siri-only speaker that doesn't natively run competing products. There are obvious reasons why HomePod doesn't run Amazon Alexa, same as the Echo doesn't run Siri.

But Apple does allow any app that can usee AirPlay to stream music to the HomePod, including Spotify. And if Apple was desperate to exclude Spotify, why does it use its rival's logo in its public messaging around the speaker? Just check this screenshot from the HomePod site, snapped shortly before publication. 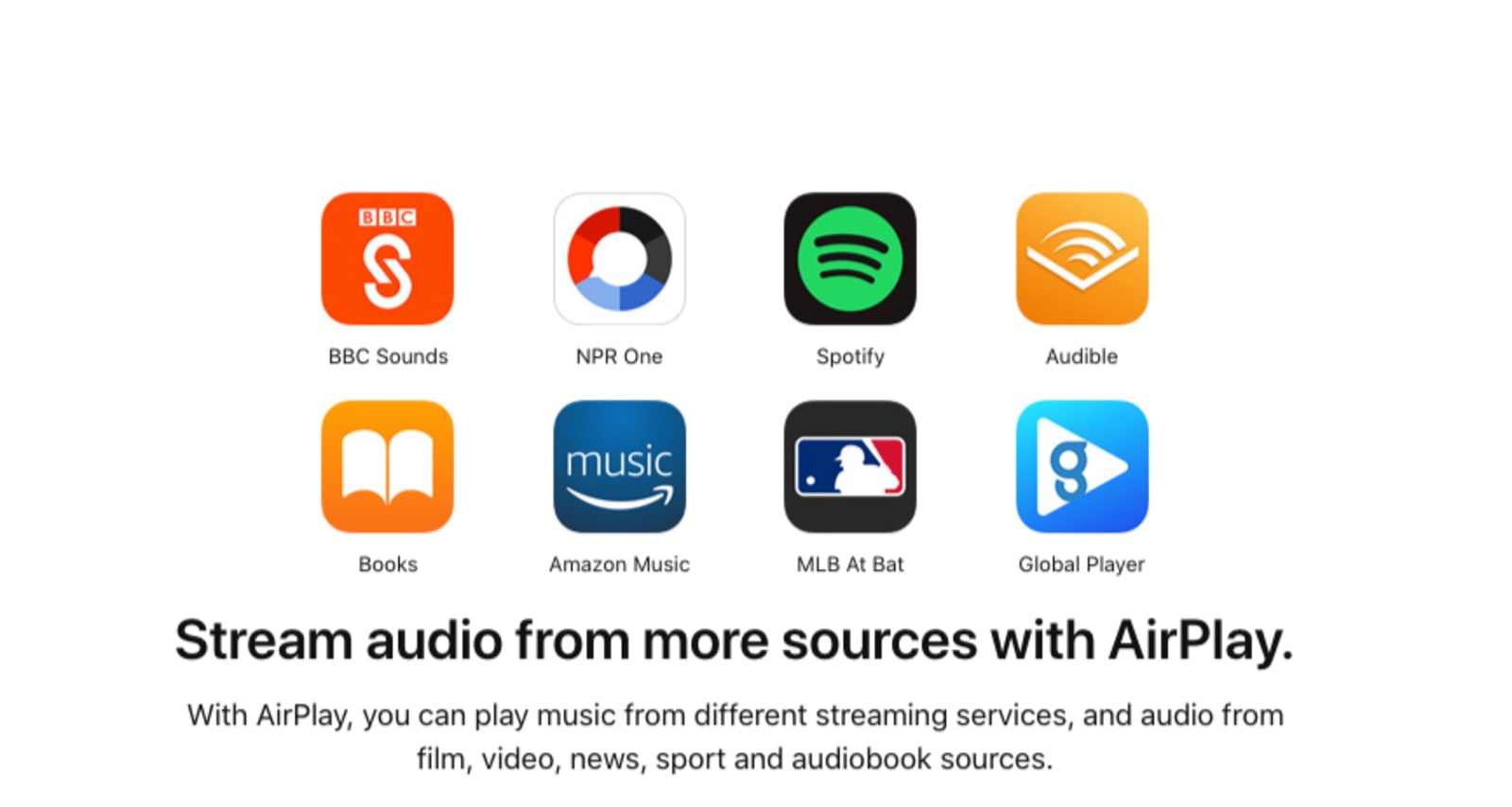 Apple's App Store transaction fees, as well, aren't being metered out on Spotify unfairly -- it's a blanket rule. It takes a 30-percent cut of all transaction revenue, as is its right for providing the store in the first place, and some of the revenue is used to run the store itself. Subscription deals actually drop after the first year, to 15 percent, which isn't being discussed either. As one developer puts it, that cash pays for security, app review, hosting, distribution and payment processing.

It's a clumsy metaphor, but imagine Apple owns a parking lot where a flea market is about to take place. Every stallholder would be, and is, expected to kick in some cash to compensate for the use of the parking lot. Why should it be that, rather than alter prices or eat the charge as a cost of doing business, Spotify is demanding preferential treatment?

Update: And that's what Apple has said in its official rebuttal to Spotify's claim.

Could Apple be found liable?

The EU treaties include rules that prevent companies from abusing their "dominant market position" to "prevent effective competition." And both of those terms will be given a lot of scrutiny by some of the world's smartest lawyers. For a start, can Apple be described as "dominant" in Europe, where iOS market share is reportedly 27.69 percent, versus Android's 71.2 percent?

How about in music streaming itself, where Apple can leverage its global dominance? Not so much. Spotify has 207 million monthly users and 96 million paid subscribers, compared to just 50 million Apple Music users. In Europe, Statista believes that Spotify controls 40 percent of its home market, probably making it the dominant player.

Of course, this is partly semantics, as everyone knows that Apple has an outsized influence on the industry. But regulators can't simply slap down Tim Cook (or Eddy Cue) just because a local competitor feels aggrieved. And, when EU officials were going after Google, it discounted Apple's existence as a justification for consumer choice.

It'll also be interesting to see how much Apple's own conduct plays into this, given Spotify's accusations. The company says that Apple put Spotify "under constant pressure" to adopt in-app purchases and "threatening to remove us from the App Store." If there is documentary proof of these threats, then Spotify's case is likely to be much stronger.

The European Union is a massive continent-spanning body that is designed to ensure its free market remains a free market. It monitors companies and acts as a referee if it spots something that looks like foul play. It has been leading the charge against Big Tech in recent years as the big four (or five) companies in the space throw their weight around.

The EU and its bodies represent the views of close to 510 million people, making it one of the biggest markets in the world. It sets minimum standards for consumer protection, including laws protecting private data, and prevents companies from abusing their position. In recent times, that has included fights with Microsoft over browser choice and Google's abuses around Android and Shopping. Oh, and Spotify is a Swedish company, so this was always going to be its first port of call.

Spotify says that the timing of the complaint is unrelated to anything else, but it's another voice in the chorus against Big Tech. There are growing calls for platform holders to be blocked from being both player and referee, with Senator Elizabeth Warren leading the charge. The 2020 presidential candidate has called for Facebook, Amazon, Google and Apple to be broken up.

She believes that it's too easy for a company like Amazon, which has a sales platform and sells its own goods, to abuse its position. She added that Amazon could easily identify a hot product, copy it and block the original, stifling competition. Similarly, Warren told The Verge that "you've gotta break [Apple] apart from their (sic) App Store. It's got to be one or the other."

Netflix is another company that has engaged in some pushing and shoving with Apple over App Store fees. Late last year, Netflix removed the ability to subscribe from inside the iOS app as a way of avoiding paying Apple its 30 percent cut. Not to mention that there is a Supreme Court case on App Store commission fees brewing away in the background.

What are the consequences?

In the short term, nothing, since the EC has merely acknowledged that Spotify has made a complaint. European investigations are rarely done in a hurry, and we don't expect much to shake out of this for at least a year, if not longer. The first stick that officials can use to beat Apple with is a fine, which could be up to 10 percent of its annual revenue. Although given that Apple has a variety of European subsidiaries, it's not clear how the calculus will be made.

In the State Aid case, in which Ireland was found to have given Apple inappropriate tax breaks, the company had to pay $15.4 billion in back taxes, plus interest. Although that matter is still under appeal as Apple and Ireland try to get the penalties lowered or reduced.

Europe will also have legislative remedies available to it, in the same way it did with Microsoft during the browser wars. In that case, Microsoft had to offer users a choice of browsers to download when they first opened Explorer. In this one, Apple may be required to alter its policies or directly notify users about getting Spotify for less money elsewhere. Or, just as likely, officials will find no wrongdoing and close the complaint. At this point, it's too early to tell.

In this article: App Store, apple, Apple Music, av, gear, internet, iOS, Music, Spotify, Streaming
All products recommended by Engadget are selected by our editorial team, independent of our parent company. Some of our stories include affiliate links. If you buy something through one of these links, we may earn an affiliate commission.