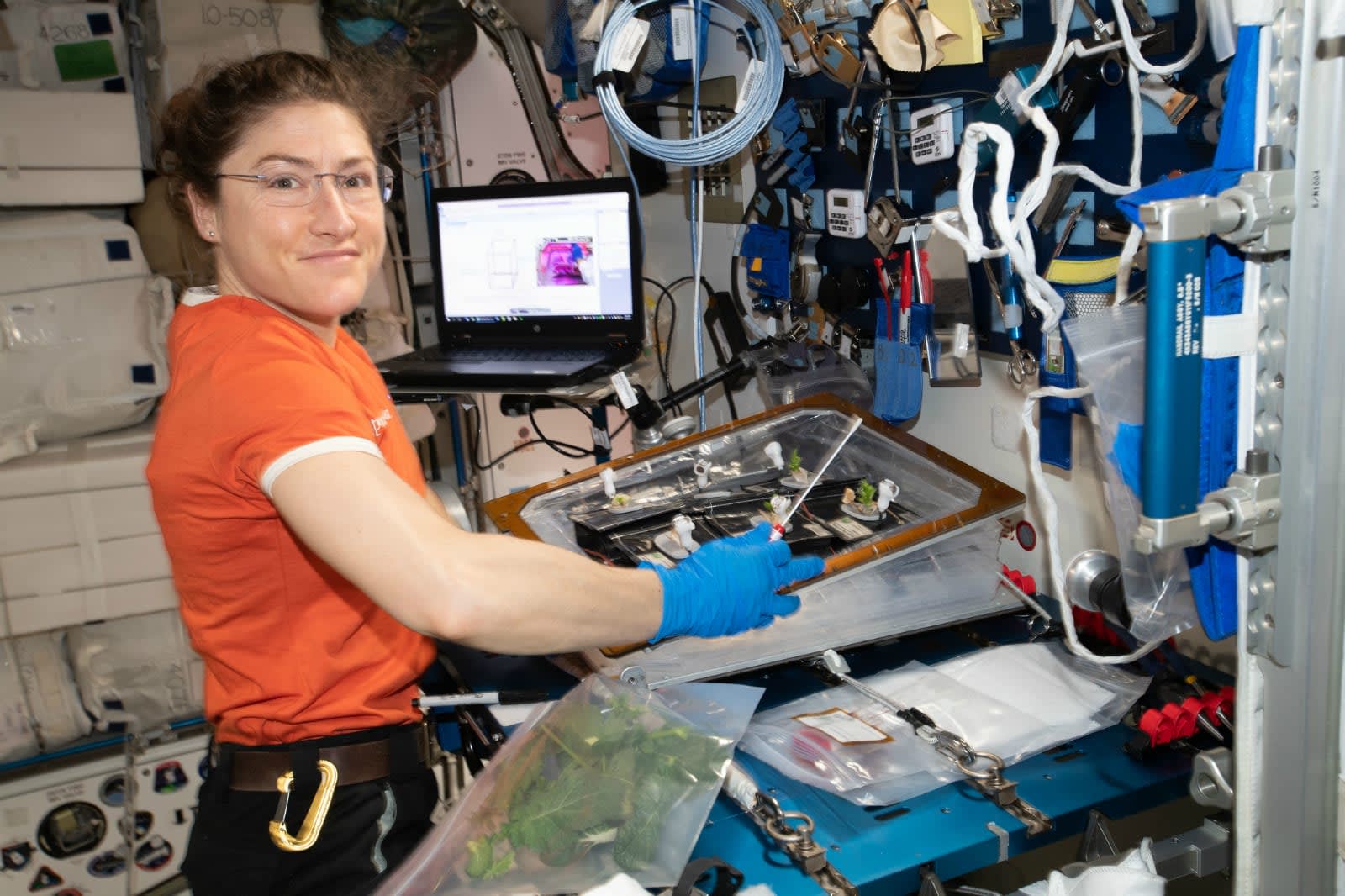 Thanks to NASA's recent schedule changes, astronaut Christina Koch will soon hold the record for the longest space flight by a woman. Koch arrived at the International Space Station on March 14 and has already conducted one spacewalk. She'll now remain in orbit until February 2020, and she'll surpass the current record, which is 288 days, held by Peggy Whitson. But Koch will fall just short of the longest spaceflight by a NASA astronaut -- Scott Kelly's 340-day trip.

As part of the schedule update, NASA also announced two astronauts, Andrew Morgan and Jessica Meir, will make their first space flights later this year. And Morgan will stay at the ISS longer than originally planned. He'll arrive in July and remain there until spring 2020.

By extending the missions of Koch and Morgan, NASA will be able to gather more data on the effects of spaceflights longer than six months. NASA says there's a significant degree of variability in human response to space travel, and it wants to determine the acceptable degree of change for both men and women. We'll need to better understand those changes in order to plan future explorations to the Moon and Mars.

One month down. Ten to go. Today the possibility has become reality: My mission is planned to be extended through a third Expedition onboard @Space_Station! Privileged to contribute my best every single day of it. pic.twitter.com/b9RhhNHZzt

Source: NASA
In this article: andrew morgan, Christina Koch, extended, human spaceflight, international space station, ISS, jessica meir, mission, nasa, space, space station, spaceflight, tomorrow
All products recommended by Engadget are selected by our editorial team, independent of our parent company. Some of our stories include affiliate links. If you buy something through one of these links, we may earn an affiliate commission.