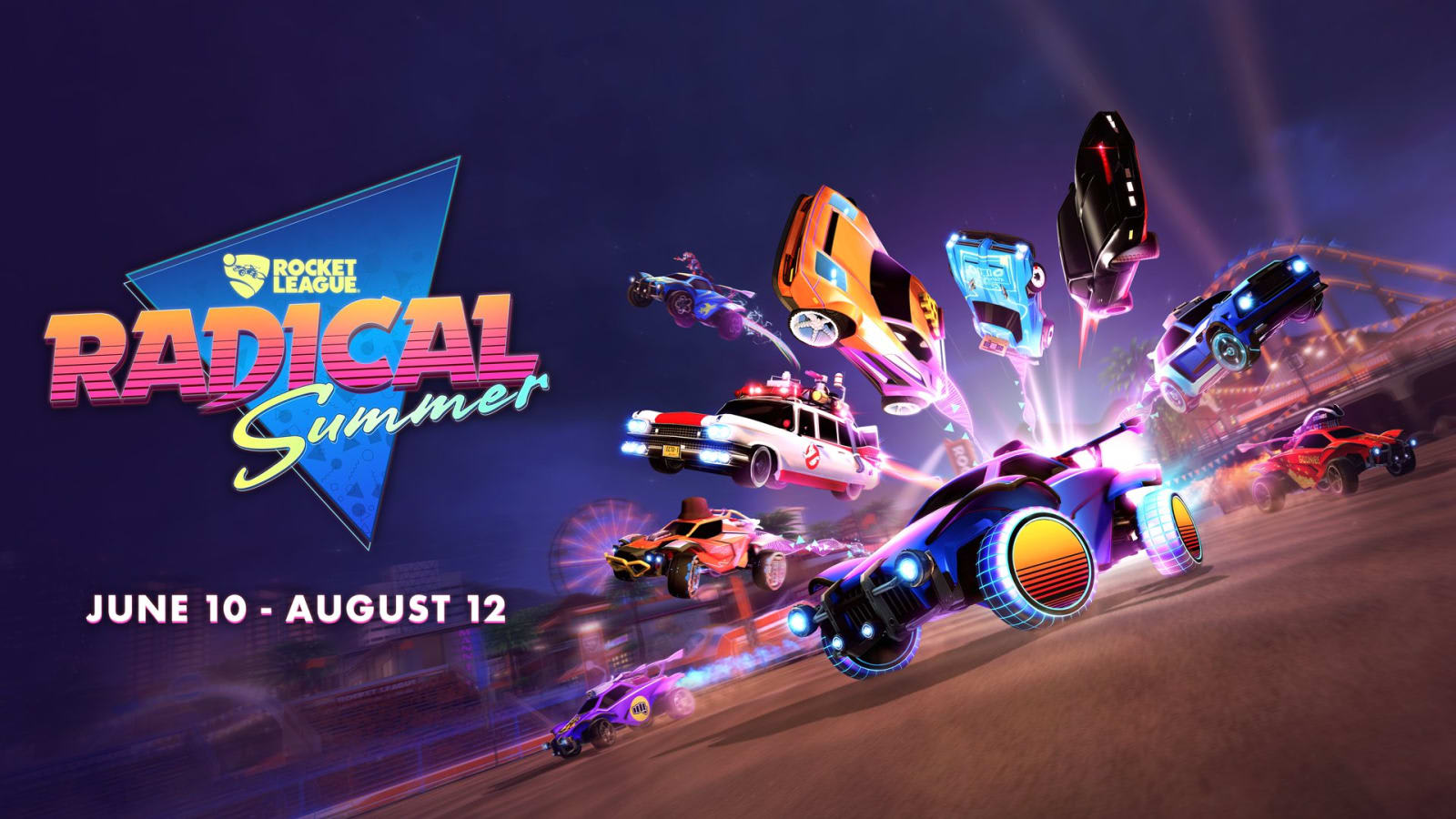 Rocket League fans, it's time to slap on your aviators, grab a hoverboard and fire up your favorite '80s playlist for a Radical Summer. Psyonix is tapping into the decade's pop culture tentpoles for the game's biggest event to date, lasting all summer long.

A bunch of car packs will bring some of the most memorable vehicles of the '80s to the field. You'll be able to try and score goals with the legendary Ecto-1 from Ghostbusters or Knight Rider's KITT. The trailer also showcases cars based on Voltron Legendary Defender and WWE (or WWF, to get a little more time-appropriate), and the DeLorean from Back to the Future, which actually arrived in Rocket League in 2015.

You can snap up other cosmetic items that pay tribute to the likes of The Goonies, Back to the Future, The Karate Kid and ET as well as more Ghostbusters gear. Some of the cars will be paid DLC, while you can earn others for free. Once the event proper is over, you'll have one more week to trade in the cassettes you earn while playing for cosmetic goods like ET wheels and Marty McFly Jr's hat.

Radical Summer is split into three, three-week chunks. The first is '80s Blockbusters, which runs June 10th to July 1st, during which time you can play a rad-looking, Ghostbusters-themed mode called Ghost Hunt. Using a proton stream, you'll try to control the ball and carry it to the other team's containment zone. You'll need to keep it there for two seconds to score a point. But, uh, don't cross the streams.

The following phases, '80s Culture and '80s Television, have their own limited-time modes. Spike Rush will let you attach the ball to your car with the Spike power-up, while Beach Ball mode will have a larger ball with reduced gravity and more curve. Psyonix says it has some surprises in store too. A patch that's rolling out now will get everything in place for the start of Radical Summer next week.

Source: Psyonix
In this article: art, av, back to the future, backtothefuture, et, gaming, ghostbusters, knight rider, knightrider, psyonix, rocket league, rocketleague, the goonies, the karate kid, thegoonies, thekaratekid, voltron, wwe, wwf
All products recommended by Engadget are selected by our editorial team, independent of our parent company. Some of our stories include affiliate links. If you buy something through one of these links, we may earn an affiliate commission.