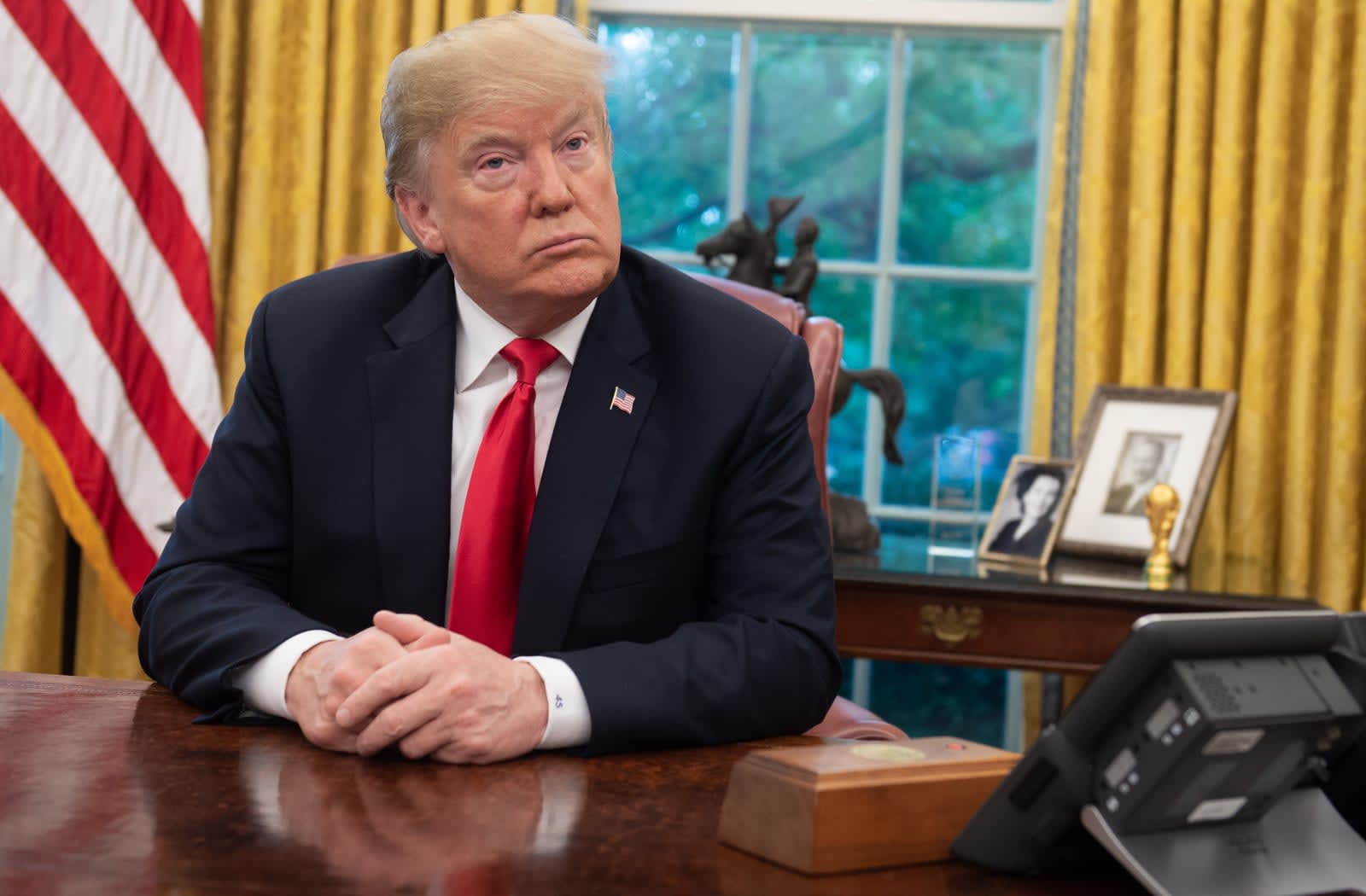 The White House will reportedly host a social media summit next month. According to The New York Times, White House spokesman Judd Deere said the meeting will "bring together digital leaders for a robust conversation on the opportunities and challenges of today's online environment." The White House has not officially announced the summit or confirmed who will attend, but the event is reportedly scheduled for July 11th.

News of the summit comes shortly after President Trump told Fox Business Network that the US should sue tech giants like Google and Facebook and alleged that Twitter makes it hard for him to get his message out. Trump has already held private meetings with both Twitter CEO Jack Dorsey and Google CEO Sundar Pichai, and Facebook, Twitter and Google have appeared before Congress multiple times.

Given the upcoming 2020 election and how social media played a part in the last election, the summit could be very important. But it's unclear exactly what Trump hopes to discuss, especially given his recent criticism of the largest social media players. Engadget has reached out to Facebook, Google and Twitter and will update the story with their responses.

Source: The New York Times, Politico
In this article: 2020 election, discussion, facebook, google, internet, judd deere, politics, president trump, social media, summit, tomorrow, Trump Administration, twitter, white house
All products recommended by Engadget are selected by our editorial team, independent of our parent company. Some of our stories include affiliate links. If you buy something through one of these links, we may earn an affiliate commission.