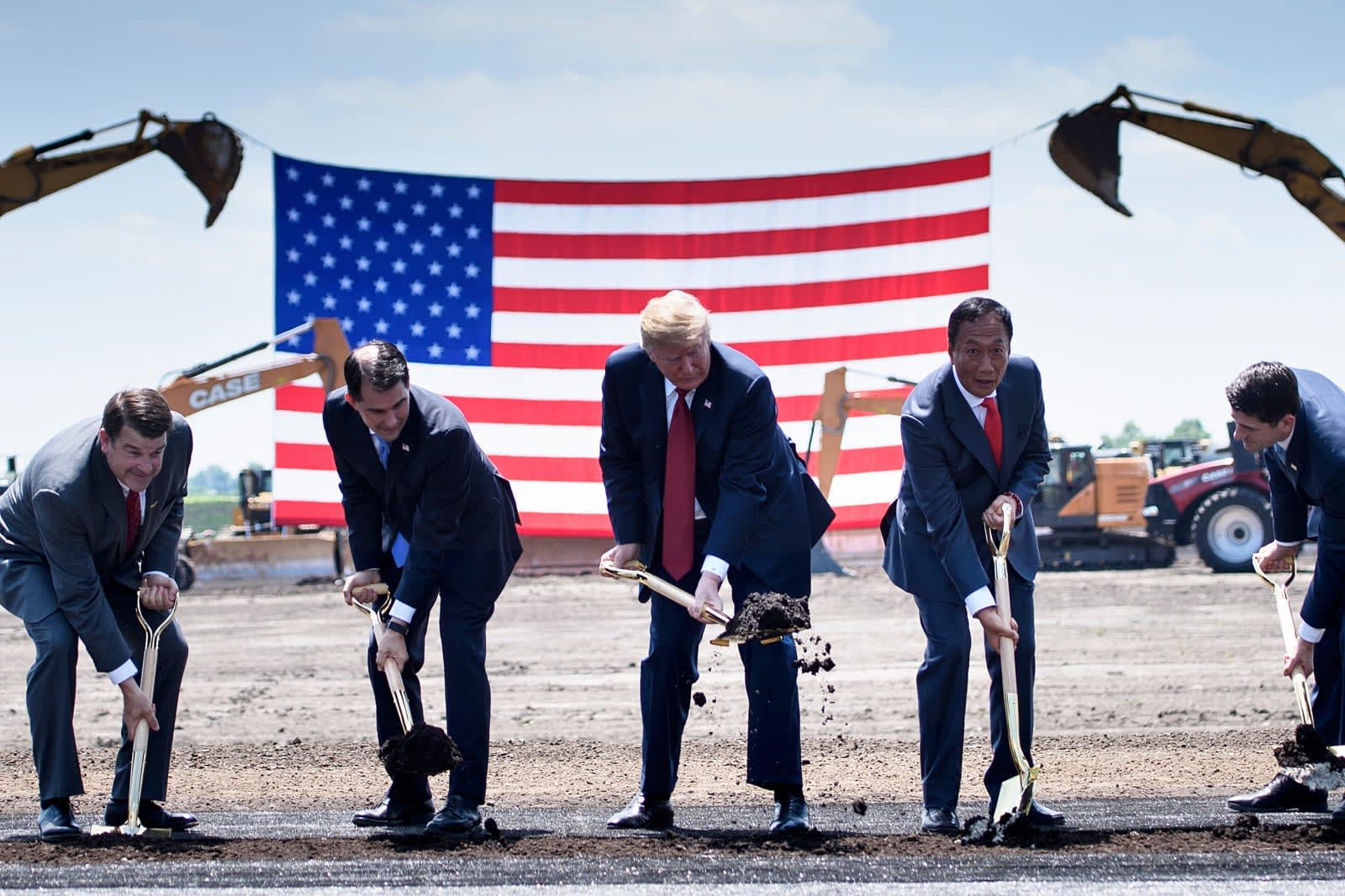 Foxconn's long-promised factory in Wisconsin will finally begin production in May 2020, but to start, it's only creating 1,500 jobs. That's far fewer than the 13,000 jobs it once said it would add. At this rate, Foxconn will likely lose out on hundreds of millions of dollars in state subsidies, many of which were meant to reward job creation.

The facility, officially announced in 2017, has yet to be built and is more than a year behind schedule. According to CNBC, Foxconn only recently began laying the foundation, and it will likely fall short of the 1,820 jobs it needs to create by the end of 2020 in order to secure $270 million in tax credits. The company already missed its 2018 hiring target of 260 people, and it's unclear if it will reach its goal of hiring 520 employees in 2019, which it needs to do in order to receive $222 million in subsidies. Foxconn has until 2032 to reach its touted goal of 13,000 workers.

This shouldn't come as a surprise, as the project began running into issues almost as soon as it started. Foxconn first promised a $10 billion investment, which would allow it to manufacture large-screen LCD displays. But by 2018, it changed course, opting to manufacture smaller screens. The company reportedly struggled to find enough personnel to staff the plant. It considered bringing employees over from China, but that evoked backlash. Wisconsin shelled out more subsidies, and residents started to question if the deal was worth it. At one point it considered using the facility for research and development, instead of manufacturing, but again that was met with criticism. It's hard to say if production will actually begin in May 2020, but the project is, at least, still moving forward.

Via: Apple Insider, The Verge
Source: CNBC
In this article: business, factory, foxconn, gear, jobs, lcd, manufacturing, politics, production, subsidies, tax credits, wisconsin
All products recommended by Engadget are selected by our editorial team, independent of our parent company. Some of our stories include affiliate links. If you buy something through one of these links, we may earn an affiliate commission.