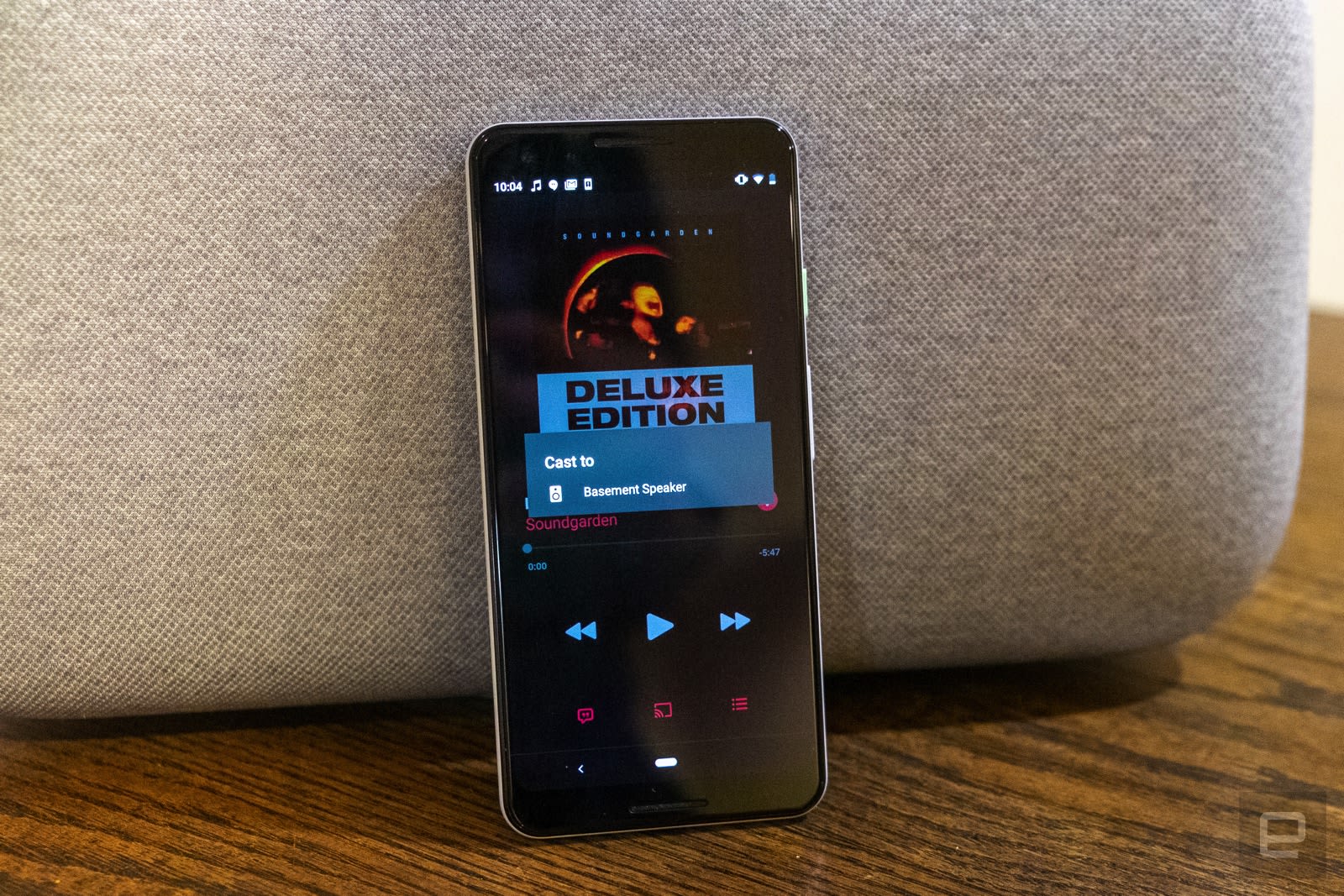 Good news for Apple Music users on Android: the music streaming service now works with Chromecast displays and speakers. The feature is available through the latest beta of the app.

If there's a compatible Chromecast-enabled gizmo on the same network as the device you're using to play music, you'll see a cast icon in the app. You can pick which Chromecast device you stream music to and control playback from your phone or tablet.

It works with Chromecast, Google Home and Assistant-compatible speakers. That means there's some truth to those rumors from earlier this year that Apple Music would connect to Google Home. The integration isn't quite as deep as the previous reports suggested -- you can't set up Apple Music as a default music option for Home or Assistant devices and completely control it with voice commands quite yet. Still, it's a useful update for those who aren't completely hooked into the Apple or Google ecosystems.

It's a move that makes sense, given Apple's recent willingness to expand access to its services across more platforms. AirPlay 2 works with a number of TVs without the need for an Apple TV device, and some smart displays include the Apple TV app.

Elsewhere, the beta adds access to more than 100,000 broadcast radio stations from around the globe, sourced from the likes of iHeartRadio, Radio.com and TuneIn. You'll be able to find them by searching for a station's name or frequency.

The beta also includes the dark mode that Apple added in the last update, along with a lyrics viewer and some updated visuals -- nods to the upcoming redesign in iOS 13. You can test out the new features by grabbing joining the Apple Music beta program via the Play Store.

Via: Android Police
Source: Play Store
In this article: apple, apple music, applemusic, assistant, av, chromecast, gear, google, google assistant, google home, googleassistant, googlehome, music streaming, musicstreaming, streaming music, streamingmusic
All products recommended by Engadget are selected by our editorial team, independent of our parent company. Some of our stories include affiliate links. If you buy something through one of these links, we may earn an affiliate commission.