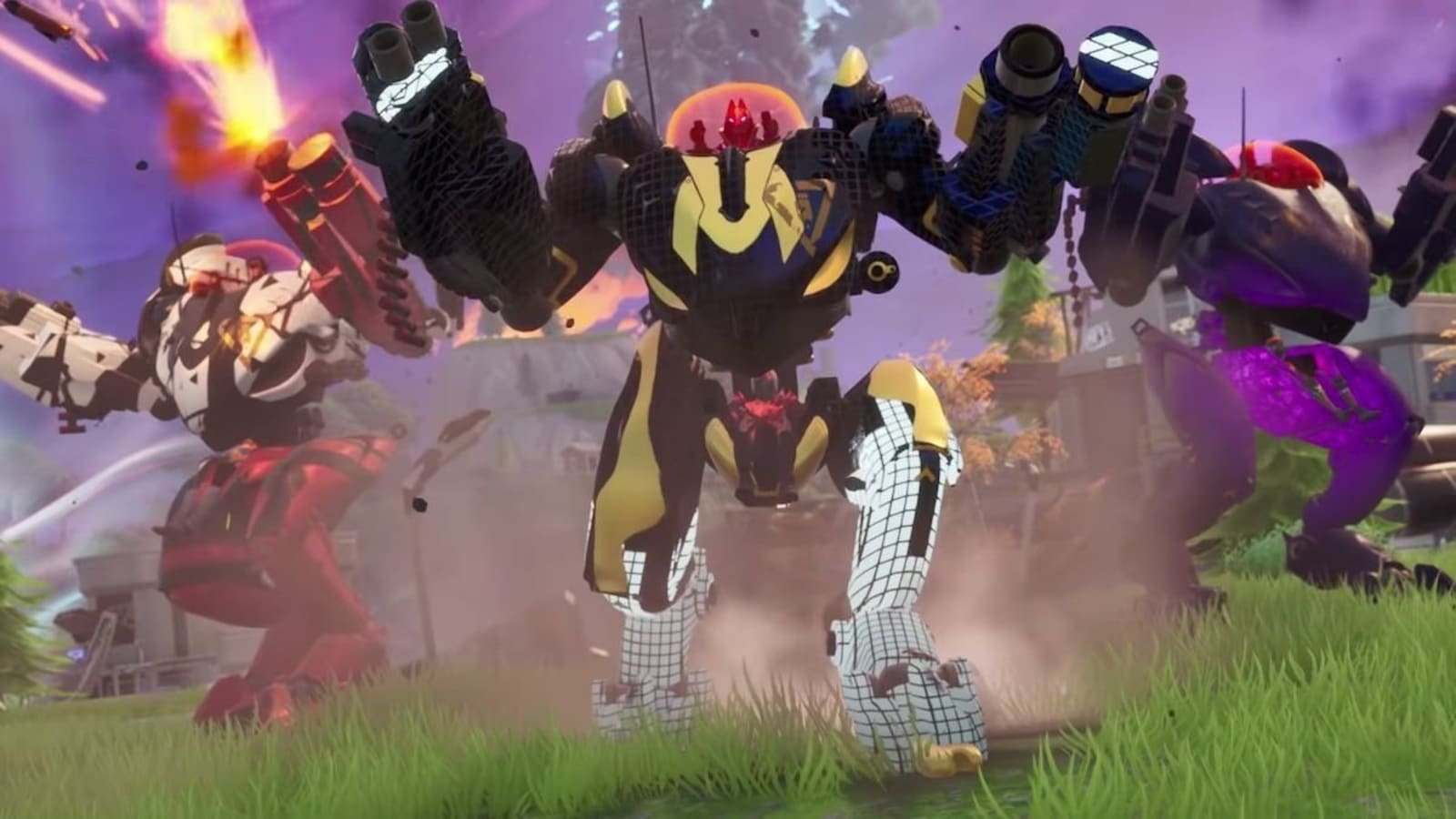 Fortnite's Season X will wrap up soon and with it, the widely hated mechs introduced at the beginning of the season might be disappearing from the island for good. Following the most recent patch, it appears the B.R.U.T.E. mechs have been infected with a virus, and players have noticed the machines are blowing up when they hit the ground.

Thank you epic its like letting my anger out when I see a brute land lol #Fortnite #XboxShare pic.twitter.com/cNClnAFr5E

Epic added the mechs at the start of August to help newcomers pick up victories. But players complained they were vastly overpowered -- they can quickly destroy structures and, at the outset, could kill another player almost instantly with a rocket barrage. Epic made the B.R.U.T.E. less effective, but that wasn't quite enough to stem the tide of #removethemech pleas. However, those who loathe the killing machines might finally have their wish granted.

Meanwhile, data miners have unearthed a litany of new location names from Fortnite game files, lending further credence to rumors that an entirely new map may be on the way. Since the dawn of Fortnite's incredibly successful battle royale mode two years ago, Epic has constantly tweaked the island with new areas and gameplay mechanics. Now it might be set to blow that (and the mechs) up and start anew.

Via: Kotaku
Source: Eurogamer
In this article: av, B.R.U.T.E., battle royale, battleroyale, epic games, epicgames, fortnite, gaming, mech
All products recommended by Engadget are selected by our editorial team, independent of our parent company. Some of our stories include affiliate links. If you buy something through one of these links, we may earn an affiliate commission.