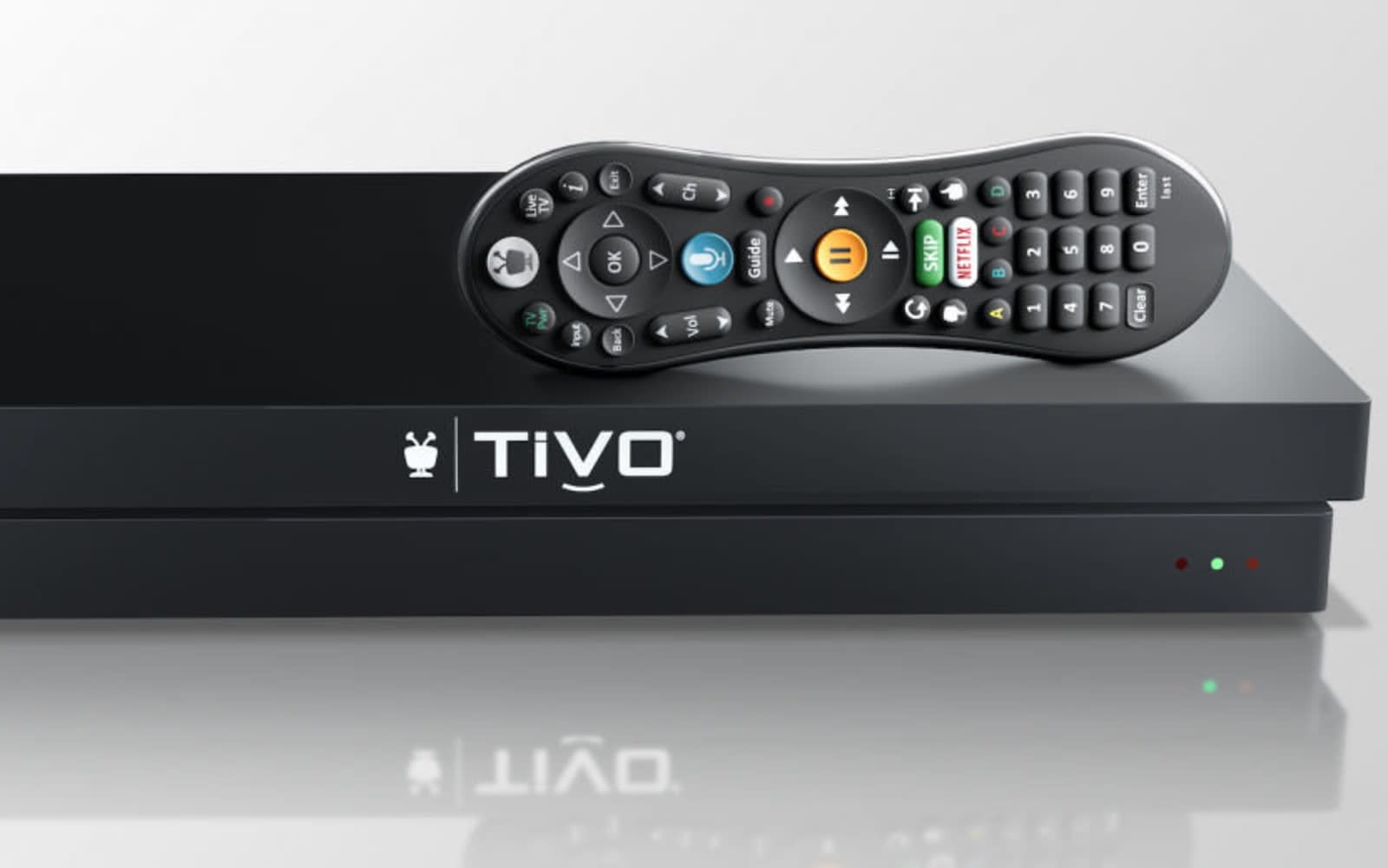 TiVo is scrapping plans to split its product and licensing divisions. Instead, it's merging with the entertainment tech firm Xperi. The new, $3 billion company will take on the Xperi name, but it will continue to sell TiVo-branded products.

The new entity will merge TiVo's content aggregation, discovery and recommendation capabilities with Xperi's home, automotive and mobile device licenses. According to TiVo, the two companies hold more than 10,000 patents and applications with minimal license overlap. That intellectual property will make Xperi one of the largest licensing companies in the world.

"The combined company will have a unique industry platform to address an ever-increasing consumer desire to enjoy entertainment anywhere, anytime, on any device," TiVo said in a press release. The all-stock deal values TiVo at about $1.2 billion, and as a result of the merger, the companies expect to save at least $50 million by the end of 2021.

TiVo has had a busy year. It introduced a new box, TiVo Edge, with Dolby Vision, started its own streaming service, finally allowed iOS users to stream via cellular and brought Amazon Prime to its boxes. There was also talk of a $50 dongle for Android TV, and now, TiVo is ending 2019 with this merger, its biggest news yet. The deal is expected to close in the first half fo 2020.

Via: Variety
Source: TiVo
In this article: av, brand, business, deal, DVR, gadgetry, gadgets, gear, home, intellectual property, IP, licensing, merge, merger, patents, streaming, TiVo, Xperi
All products recommended by Engadget are selected by our editorial team, independent of our parent company. Some of our stories include affiliate links. If you buy something through one of these links, we may earn an affiliate commission.