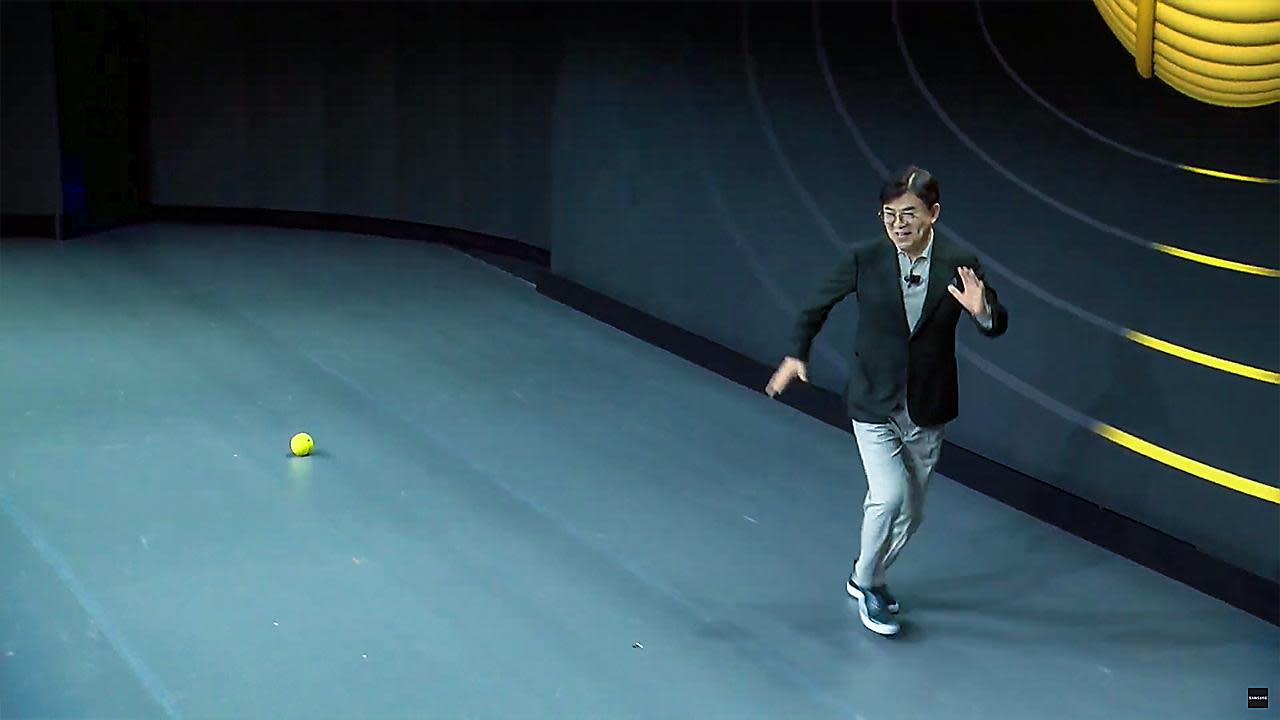 Between CES and the upcoming Unpacked, at which it'll reveal its next flagship mobile devices, Samsung has already set itself up for a jam-packed year. Even before its keynote, Samsung was having a busy CES, having revealed several TVs, laptops (including a 4K Chromebook) and a Galaxy S10 Lite and Note 10 Lite in the leadup to the event. But it still had some things to showcase, including a spherical robot called Ballie Samsung suggests will be able to manage your smart home.

The press conference had a major focus on fitness, featuring Samsung's Gait Enhancing & Motivating System (GEMS) exoskeleton. Samsung also revealed a pair of augmented reality glasses, which it used for a workout-oriented demo. If the rest of Samsung's year is anything like how it's kicking off 2020, it might not give us a chance to catch our breath as we enter what it calls the "Age of Experience."

In this article: ar, augmented reality, augmentedreality, av, ballie, ces, ces2020, fitness, fitness tech, fitnesstech, gadgetry, gadgets, gear, gems, samsung, supercut
All products recommended by Engadget are selected by our editorial team, independent of our parent company. Some of our stories include affiliate links. If you buy something through one of these links, we may earn an affiliate commission.