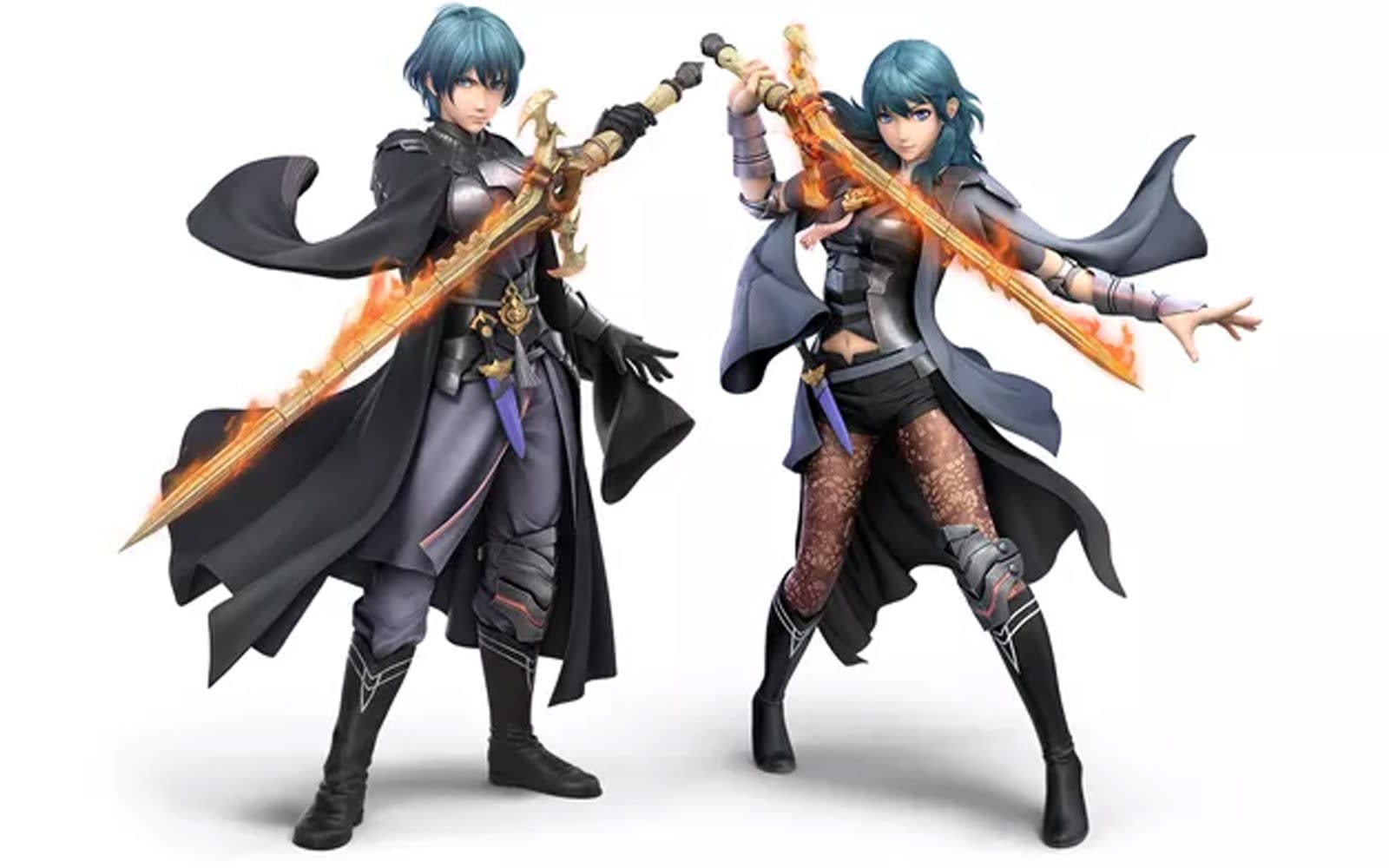 Super Smash Bros. Ultimate's latest playable character is Fire Emblem's Byleth. If you've played the franchise's latest entry, Fire Emblem: Three Houses, you'll be intimately familiar with them as they're your in-game avatar. They'll be available to download on January 28th. You'll have instant access to them if you own the game's Fighters Pass. Byleth is the fifth and final addition to the pass. If you don't own it, they'll cost $6 separately.

In addition to both the male and female versions of the character, you'll have access to multiple weapons. In all, Byleth has four arms at their disposal: a sword, axe, spear and bow. The latter three weapons correspond to the relic weapons from Three Houses. While Ultimate's Masahiro Sakurai described Byleth as one of the slower characters in the game's current roster, the fact their move set incorporates four weapons means they're one of the more versatile combatants as well. They also have more range than the typical swordsmen in Smash Bros. Ultimate.

In addition to Byleth, the downloadable content gives you access to a new stage, Garreg Mach Monastery, and 11 songs spanning the Fire Emblem series. As part of the Fighters Pass, Nintendo has released four other characters: Persona 5's Joker, Hero from Dragon Quest XI, Banjo-Kazooie and Terry Bogard from Fatal Fury. Although there are already 80 characters in Super Smash Bros. Ultimate, Sakurai and company plan to add six more characters as part of the game's upcoming Fighters Pass Vol. 2. The second pass will set you back $30. Each new character added through the pack will come with a new stage and multiple music tracks.

In this article: av, fire emblem, fire emblem three houses, gaming, nintendo, Nintendo Direct, nintendo switch, super smash bros, super smash bros ultimate, video games
All products recommended by Engadget are selected by our editorial team, independent of our parent company. Some of our stories include affiliate links. If you buy something through one of these links, we may earn an affiliate commission.