With the big game right around the corner -- I mean Super Bowl LIV, in case that isn't clear -- it's once again time to consider making a TV upgrade. If you need a little something extra to make sure football fans stop by your party instead of staying home, a bigger and brighter setup will go further than pushing your array of snacks. Plus, while many of these deals are online, shopping locally can give you an opportunity to see the screen in person, or make for a quick return if you find out that it's just too wide for the stand you wanted to put it on. (I should've measured first.)

With prices nearly as low as we saw during the Black Friday push, and likely as low as they'll get until sets start hitting clearance shelves, you have your choice of equipment. Also worth considering is the fact that this year, for the first time, you can watch a Fox Sports 4K/HDR feed. It's upconverted from 1080p, but judging from my experience watching Thursday Night Football earlier in the season, it's sharp and vibrant enough to justify switching over if you can. Fox's plan to capture the game includes eight 4K cameras, as well as three 8K cameras trained on the sidelines and benches -- you'll want every super slow motion zoom-in to look as good as possible.

If you already have a 4K TV but don't have one with a built-in Fox Sports app or a 4K box from TV providers like Dish, Comcast, Verizon or DirecTV, then adding a set-top box or streaming stick will work as a shortcut. For cord-cutters, you can sign up with Fubo TV (or at least take advantage of its 7-day free trial) and get the 4K stream that way.

All of Amazon's Fire TV 4K hardware is on sale right now, including the Fire TV Stick 4K for $35, which is $15 cheaper than the usual $50 price. According to Fox, it is scheduled receive an HDR feed, so this should guarantee you one of the best-looking views of the game available anywhere. 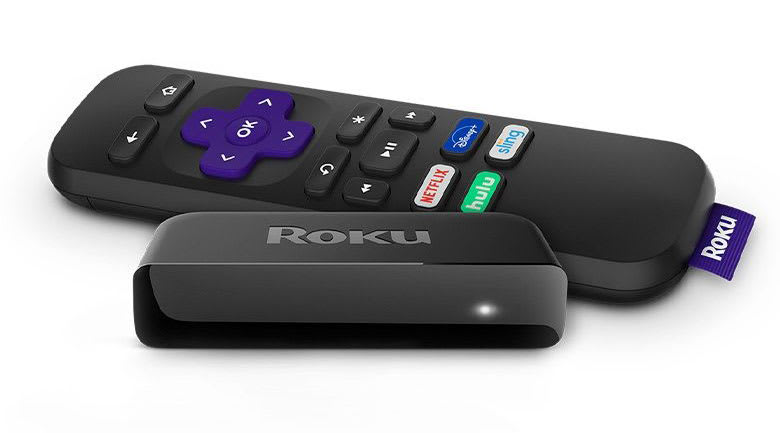 Roku's Premiere also can catch a Fox Sports stream, and is available at many stores for just $30. Of course, if your setup is all-Apple then the Apple TV 4K is the way to go (although the Super Bowl feed will not be in HDR), and Walmart has the cheapest price right now at $169 for the 32GB model.

Still, none of that matters unless you have a 4K TV to plug it into, and then the question is how much space is there in your living room -- and your budget. If the answer is "not much" then one of the cheaper but still-good options is Hisense's 50H8F. It's easy to find at Amazon or Best Buy with a small discount to $330, and it recently scored as one of RTINGS.com's best 4K TVs under $500. 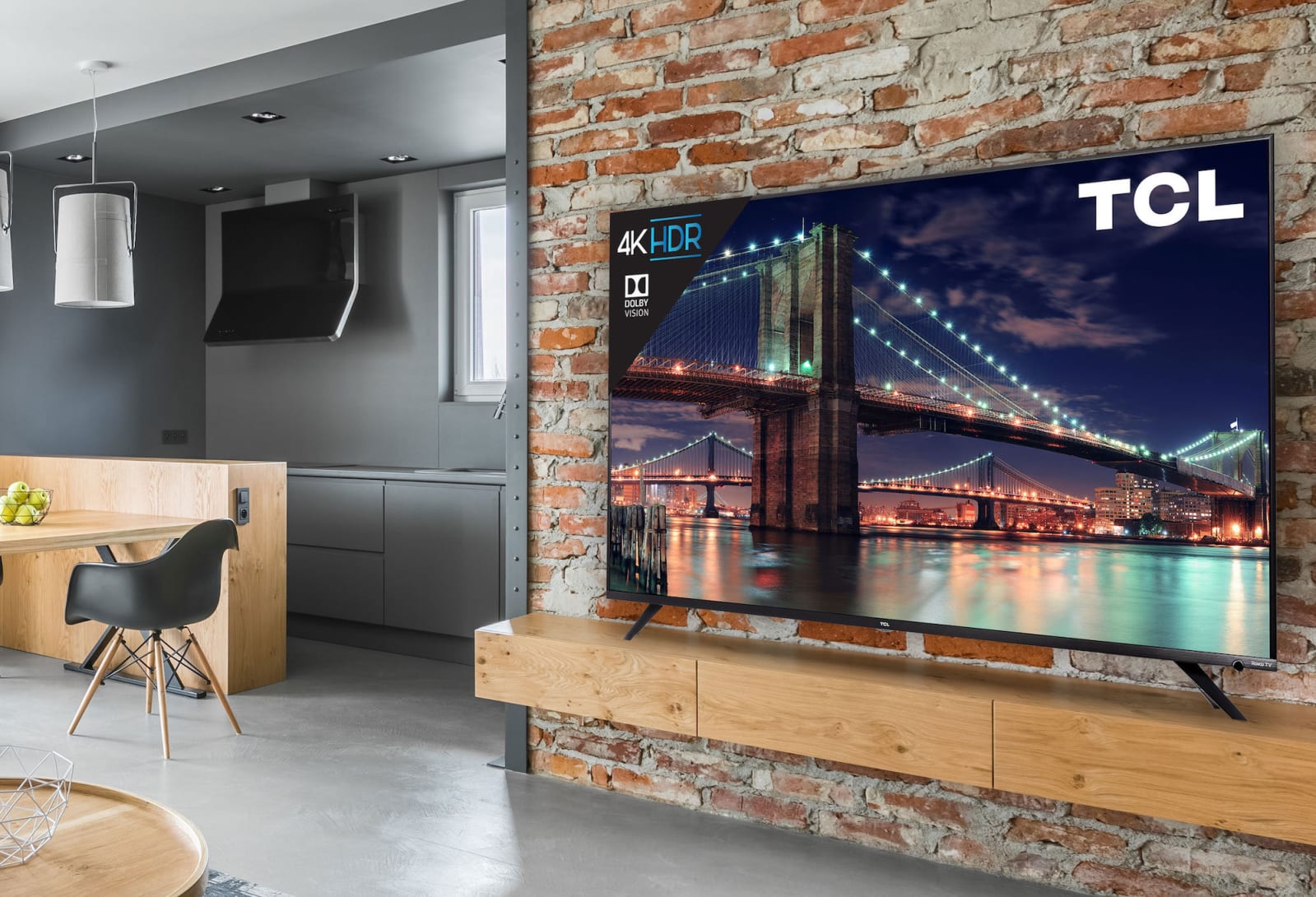 If you're ready to step up to something larger -- and you should, 4K really shines on these big screens -- then things get interesting. Budget options include the 2018 65-inch favorite from TCL, as the 65R615 is once again on sale at Best Buy for $499. That matches the lowest price we've seen for this one, so if it's available close by it may be convenient to pick up for the weekend. 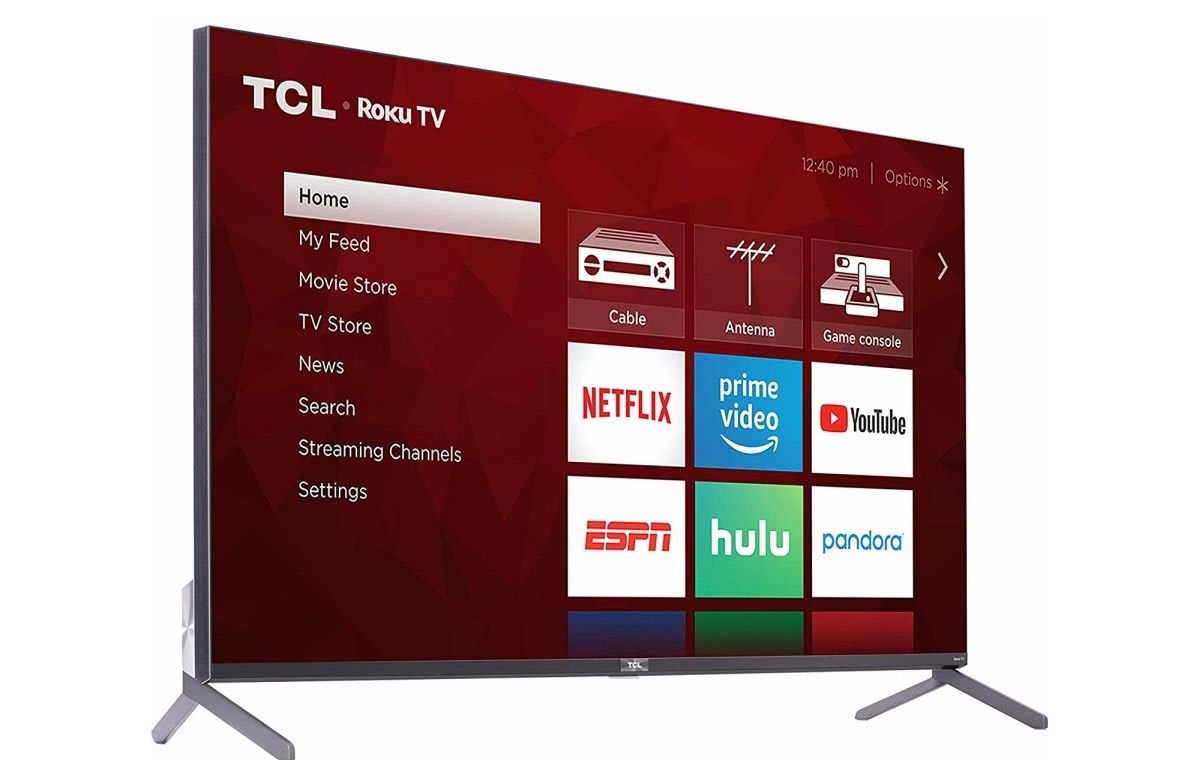 Slightly pricier options from the 2019 vintage include TCL's newer model, the 65R625 that adds quantum dot colors and is available for $699, matching the lowest price we've seen so far. That's also $100 less than what I paid just a few months ago. 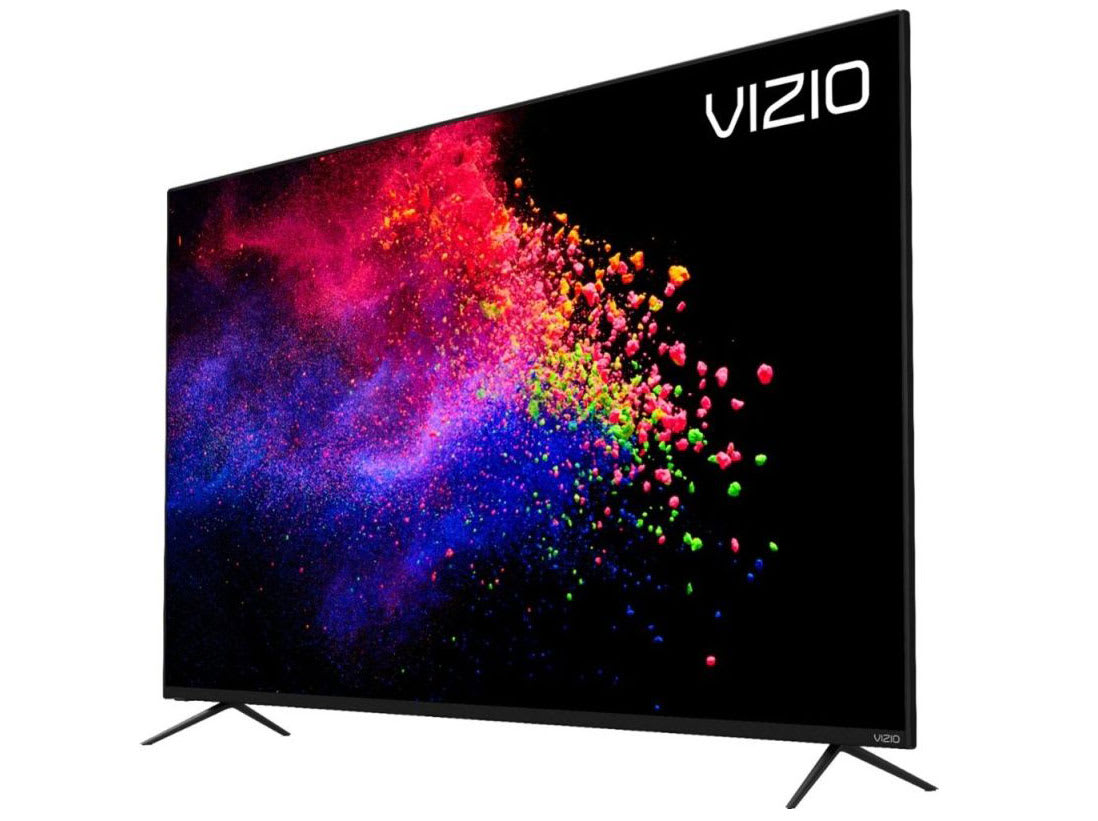 Still, purely for value it's hard to beat Vizio's M-Series television that also has quantum dot tech built-in, and 90 zones of local dimming. The 65-inch model is currently on sale for about $650. 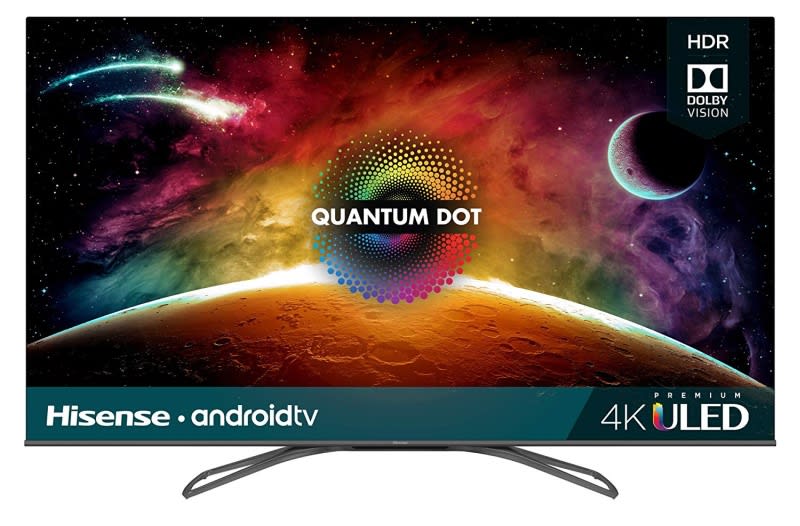 If you'd rather have Android TV than the Roku OS TCL uses or Vizio's Smartcast setup, then Hisense's 65-inch H9F delivers similar performance, and is on sale for $799 -- $100 less than the standard price. All of them can manage 4K HDR with support for Dolby Vision.

But what if you spent just a little more? Higher-end TVs will come with better performance not just for fast-moving bright content like the Super Bowl's 4K stream, but movies and perhaps even video games you'll play later on. LG's B9 OLED is as beautiful as any other screen we've seen in the last year, but at nearly $1,800 it might be a bit too much of a jump. Samsung's Q60 series of 4K TVs should fit the bill perfectly. They're compatible with both Alexa and Google Assistant, have a bevy of apps built right in and FreeSync VRR to make sure compatible games look their best. Right now it's on sale for $898, which is about $100 cheaper than before. 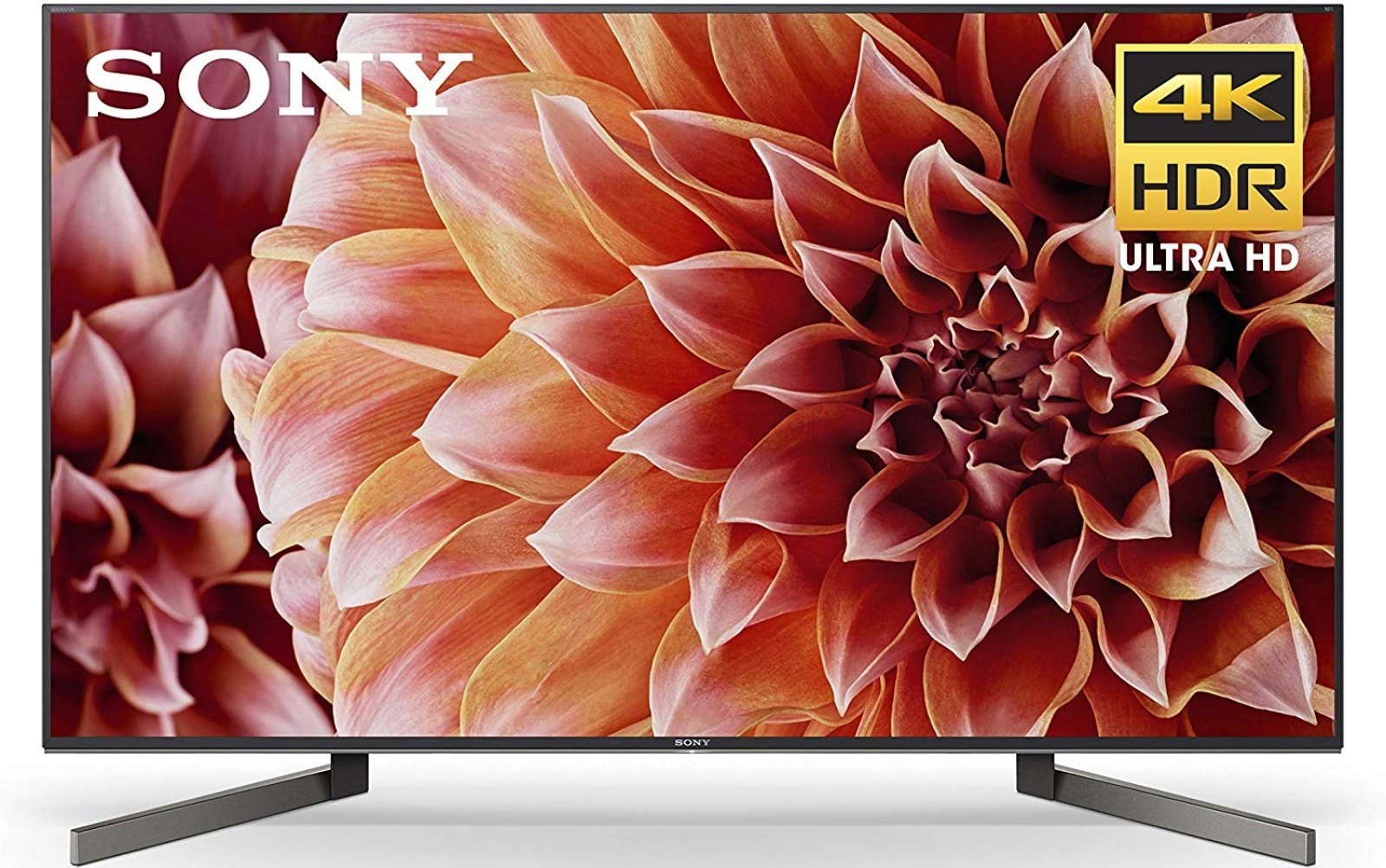 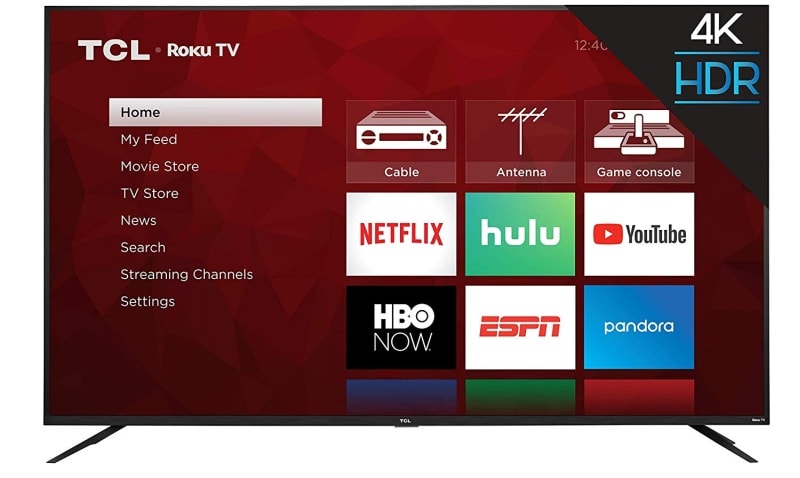 Still, if size is the only thing that matters, then I can't blame you for going big. There are a couple of excellent deals available for super-sized TVs. First up, TCL's 4 Series has fewer dimming zones than some of its competitors, but that shouldn't matter as much for the bright lights of a prime time football game. The 75-inch model is available for just $650 and stretches the image far enough to blow the minds of your guests.

If I had the space, I'd take a long look at Sony's XBR-X850G (shown at the top). The 85-inch 4K monster brings Android TV, Alexa and Google Assistant support alongside all of Sony's 2019 TV features. Right now it's on sale for just under $2,000, which matches the cheapest price we've seen and is several hundred dollars off of the normal price.