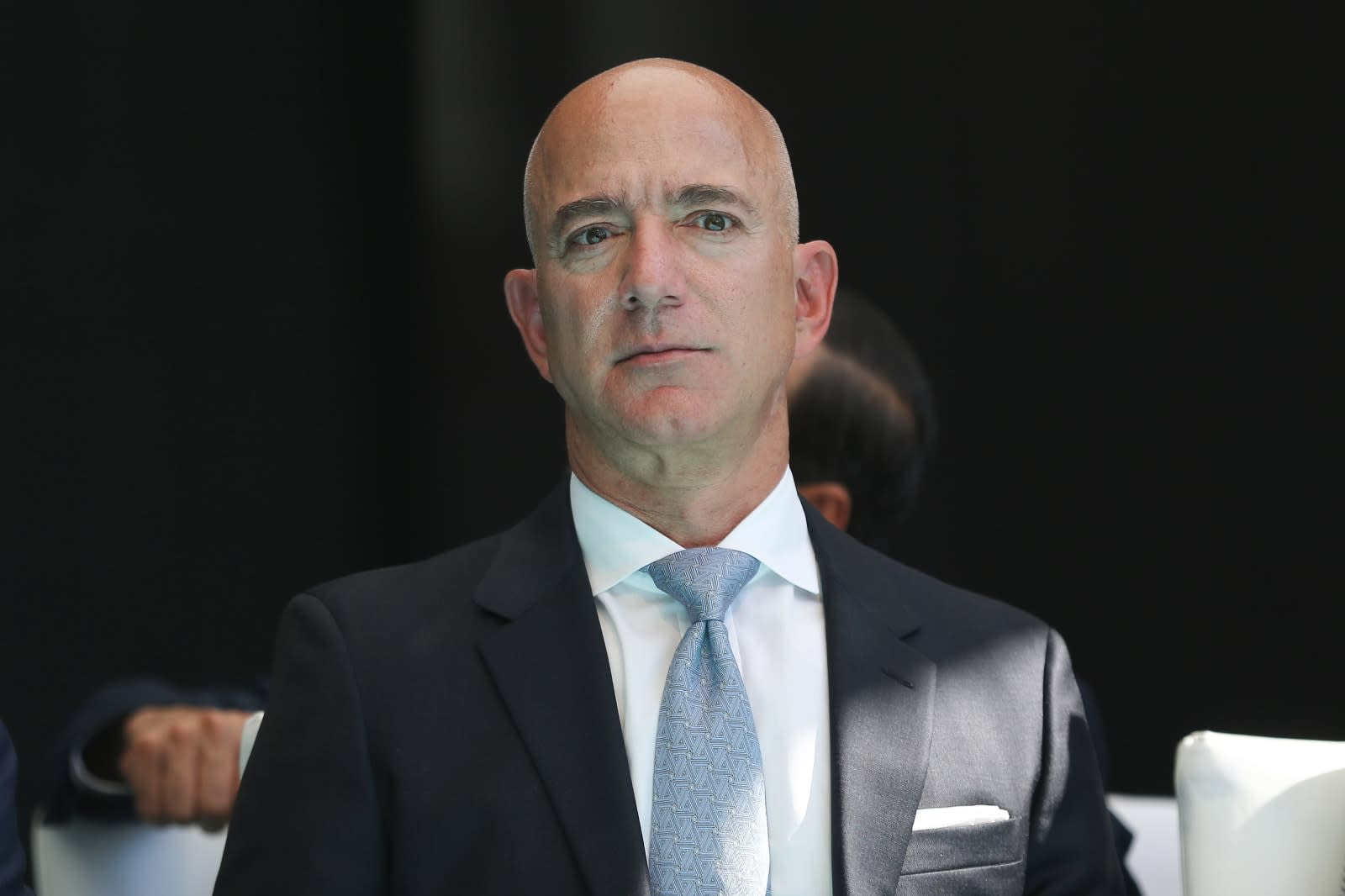 Amazon is the subject of the latest Frontline documentary, which airs on PBS today at 9PM ET and is probably worth checking out if you have any interest in the tech giant. From the same team that was behind a 2018 Frontline examination of Facebook, Amazon Empire: The Rise and Reign of Jeff Bezos charts the rise of Bezos and his company from shipping books from a Washington garage in the mid-'90s through to its current status as a trillion-dollar colossus.

The two-hour film touches on various facets of Amazon's vast empire, from Alexa and its massively successful Amazon Web Services cloud division through to entertainment on Prime Video and its bricks-and-mortar retail exploits such as Whole Foods. Twitch is perhaps the most prominent division that doesn't really come under the spotlight.

The filmmakers devote sizable segments of the documentary to matters that warrant a close look, including worker conditions at fulfillment centers, Amazon's battles with book publishers, data collection, issues with products from third-party sellers and the whole HQ2 debacle. Complaints about Amazon becoming a monopoly (and resulting scrutiny from antitrust officials) take up a chunk of the runtime, as do troubling privacy issues with the likes of Alexa, Ring and Rekognition.

The film covers issues spanning Amazon's entire history, including prominent incidents from the last couple of months. For one thing, it looks at Amazon's tussle with the government over a major cloud computing deal. Amazon claimed that President Donald Trump's "personal vendetta" against it and Bezos (supposedly stemming from critical coverage of him in Bezos' Washington Post) cost it a $10 billion Department of Defense contract. Footage from a House antitrust hearing held last month is included as well.

As the title suggests, the documentary profiles Bezos to a certain extent too, covering topics such as his passion for space exploration and even his complicated personal life. Early employees talk about what it was like interviewing with the company's CEO in its nascent days -- he was apparently very interested in their SAT scores, for some reason.

While Frontline didn't interview Bezos here, the documentary includes prescient concerns he raised in 2000 about surveillance. "I believe that privacy is going to be one of the most prominent issues of the 21st century," he said at the time. "Do you really want cameras on every corner?" The contrast between then and now is jarring, given Amazon's expansive work in facial recognition and Ring providing police with footage and data from its cameras.

A number of Amazon executives do appear in the documentary, and, as you might expect, they largely toe the company line. The questions raised by book publishers and former employees in interviews are more compelling. They air concerns on topics as varied as Amazon's grueling demands of warehouse workers and smart speaker privacy.

Even if you are reasonably au fait with the ins and outs of Amazon, you'll probably learn a thing or two here. There might not be too many details that'll make your jaw drop if you follow Amazon closely, but the smart, well-reported documentary packs a solid overview of Bezos and his company into a relatively short time frame. Still, if you have a friend or relative who doesn't know much about Amazon but places Prime orders regularly, they might be interested to learn about how the company became so ubiquitous.

In this article: alexa, amazon, amazon prime, amazon web services, amazonprime, amazonwebservices, av, business, documentary, entertainment, frontline, gear, hq2, jedi, jeff bezos, jeffbezos, pbs, pbs frontline, pbsfrontline, rekognition, ring
All products recommended by Engadget are selected by our editorial team, independent of our parent company. Some of our stories include affiliate links. If you buy something through one of these links, we may earn an affiliate commission.