Here's everything Apple announced at its M1 Mac event

The new MacBook Air, Pro and Mac mini are powered by a powerful in-house chip.

Apple’s “One More Thing” event was all about gadgets larger than an iPhone 12 Pro Max, powered by a piece of technology smaller than an iPhone 12 Mini. CEO Tim Cook and co. unveiled Apple’s M1 chip and a lineup of devices that will use it, including the new Mac Mini, MacBook Air and MacBook Pro.

Apple’s big reveal today was the M1, its proprietary chip that will be powering the next line of Macs. The M1 is a 5nm chip with 16 billion transistors, a 16-core Neural Engine to power machine learning capabilities, support for Thunderbolt 4, and an eight-core CPU and GPU.

In terms of processing power, the M1 has four high-performance cores and four high-efficiency cores that consume one-tenth of the energy, reserved for lightweight tasks. Meanwhile, the 8-core GPU is the most advanced integrated graphics processor Apple has ever created, and it uses a fraction of the power of leading PC chips.

The M1 has a starring role in the new Mac Mini, MacBook Air and MacBook Pro, and it powers a number of special features in the macOS Big Sur update, which arrives for all Mac users Thursday. 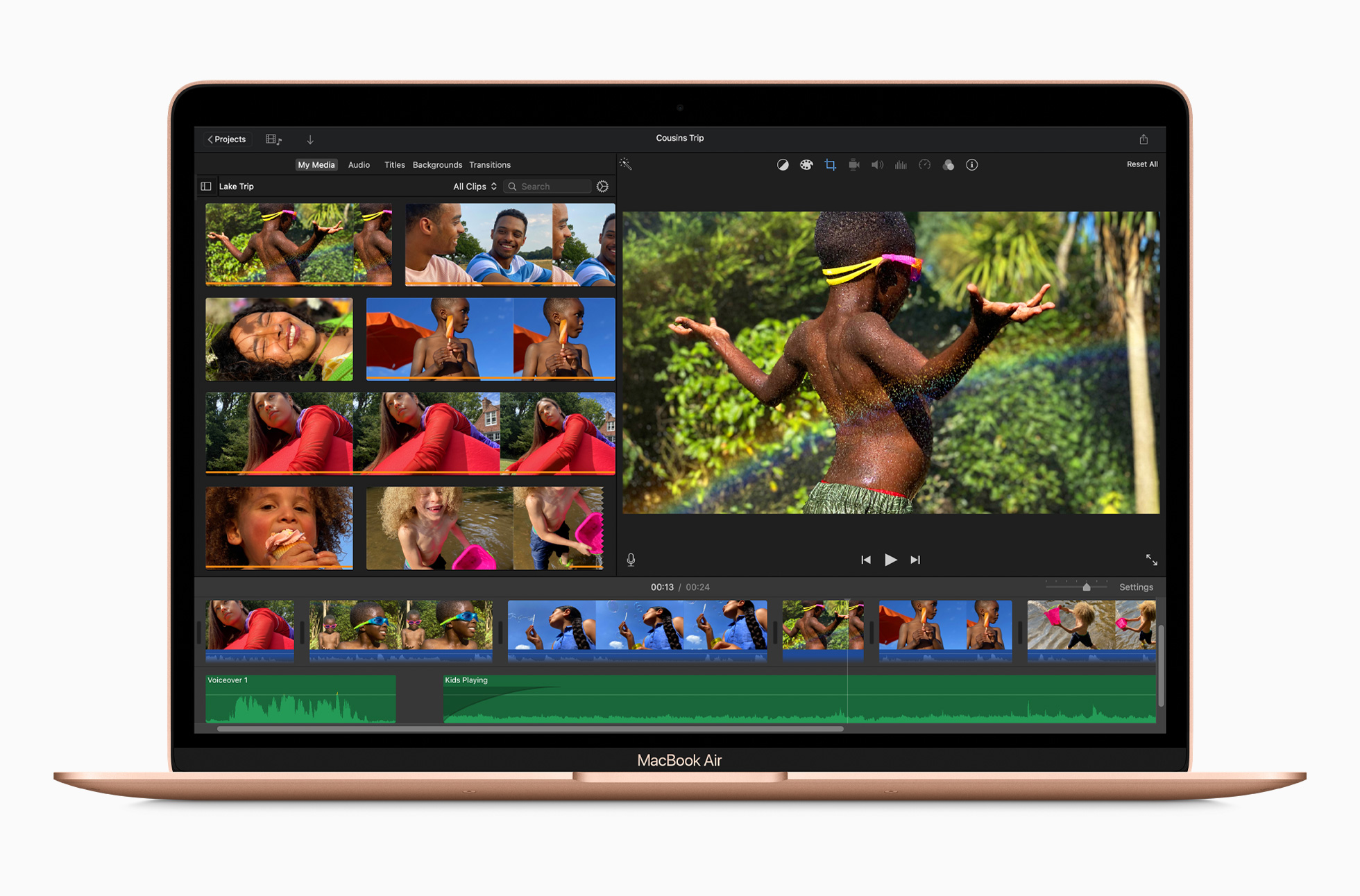 Thanks in large part to the M1, Apple says the new MacBook Air is 98 percent faster than PC laptops sold in the previous year and nine times faster than the most recent Air. Speaking of air, this one doesn’t have a fan. It also has faster wake-up times, an upgraded Retina Display and the longest battery life of its predecessors. Apple says the battery can handle 18 hours of HD video playback, six more hours than existing models.

Notably, Apple is also selling versions of the MacBook Pro and the Mac mini with the existing Intel chip, rather than the M1. This is likely a move to assuage enterprise customers who might be concerned about app compatibility.

The Mac mini is back and it’s also getting an M1 boost. The tiny desktop starts at $700, and is 60 percent more efficient and three times faster than the 2018 iteration, Apple says. This little baby has a six-fold increase in graphics performance and a 15x increase in machine learning capability.

All products recommended by Engadget are selected by our editorial team, independent of our parent company. Some of our stories include affiliate links. If you buy something through one of these links, we may earn an affiliate commission. All prices are correct at the time of publishing.
View All Comments
Here's everything Apple announced at its M1 Mac event