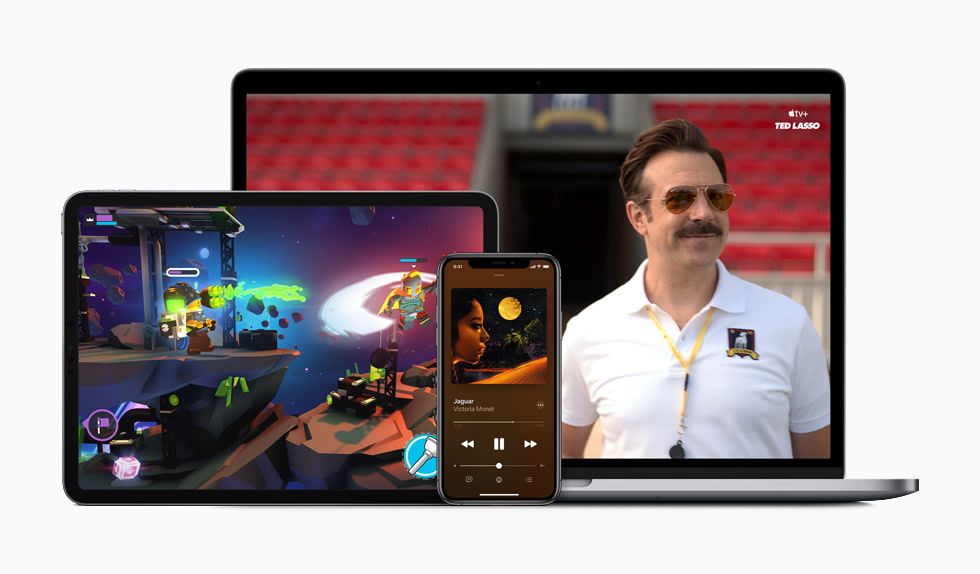 We know why Apple began expanding into the services business over the last few years. The iOS ecosystem is mature, and people don’t need, or can’t afford, a new iPhone every 24 months. Services built on top of that platform offer an easy way to grab recurring revenue -- and keep people locked in. But is that enough?

Yesterday the company announced that it’s bundling its lucrative services under the Apple One banner, offering music, TV and game streaming, plus 50GB cloud storage, for $15 a month. Totaling  $19.97 if bought separately, it sounds like a bargain no iPhone user should be without. Pay $30 a month for the premium bundle, and you’ll also get access to Apple’s $9.99 a month paid news product, its forthcoming fitness subscription service featuring at-home exercise classes ($9.99 a month) and 2TB of iCloud storage.

The problem is, Apple Music aside, are any of these services regarded as class-leading? Would Apple TV+’s ($4.99/month) limited catalog really serve you in place of Netflix ($8.99/month), or Prime Video ($8.99/month), or YouTube ($11.99/month)? Is Apple Arcade enough for you to ditch your PlayStation Plus subscription or Xbox Game Pass? And does News+ offer enough for you to never buy another magazine again?

Apple is stuck between offering Apple One as a product for iOS diehards and as something the whole world could use. On one hand, it needs to keep people using their iPhones and iPads, but this limits the amount of people who can sign up. On the other hand, allowing everyone with a non-Apple phone, tablet and smartwatch to join reduces the incentive to buy an iOS device. So we’re left with a compromise that satisfies neither camp.

Look at Apple TV+ which you can use on your iPhone, iPad and computer, as well as selected TVs. If your smart TV is a recent model from LG, Samsung, Sony and Vizio then you may have the app, or access to AirPlay 2. If not, then you’ll need compatible streaming hardware from Apple, Amazon or Roku. Netflix, by comparison, works on pretty much anything device with a screen from a Nest Hub to years-old smart TVs. Netflix at least makes the effort to meet me where I am, rather than insisting that I buy updated hardware before I can even start.

Apple has, only recently, embraced allowing third-party TVs to be able to connect to its services, both through apps and with AirPlay. The number of screens that can access its streaming service is far smaller than those that rival services, like Amazon Prime Video or Netflix. A year after Apple TV+ launched, there are huge numbers of devices that don’t have their own compatible apps. Compare this to Disney+, itself around a year old, which is on far more devices than Apple TV+, including games consoles.

Another new service from Apple, Fitness+, is so centered around the Apple Watch that you’d struggle to imagine it as a device-agnostic platform. Apple probably doesn’t want to allow WearOS, Tizen and other smartwatch OSes and their users onto Fitness+. It might hurt Watch sales, but it means that Fitness+’s total market is far smaller as a consequence. Hell, even Peloton will sell people the app-based version of its platform for $12 a month, without having to buy the pricey stationary bike. Double hell: Even Apple offers Apple Music to Android users.

The general sense I get, speaking to people, is that Apple’s services are fine, but could be a lot better. TV+ is fine with a few standouts (I love Mythic Quest and Ted Lasso), Arcade is fine but lacks any notable titles to draw wary folks in. iCloud is, well, fine-ish, but could be a lot more powerful given how much it costs on a regular basis. The issue is that Apple made its name selling devices it felt were best-in-class that a services bundle that’s basically fine seems like a backward step.

In this article: AppleEvent2020, Apple, Apple One, TV+, Fitness+, news, entertainment, gear
All products recommended by Engadget are selected by our editorial team, independent of our parent company. Some of our stories include affiliate links. If you buy something through one of these links, we may earn an affiliate commission.