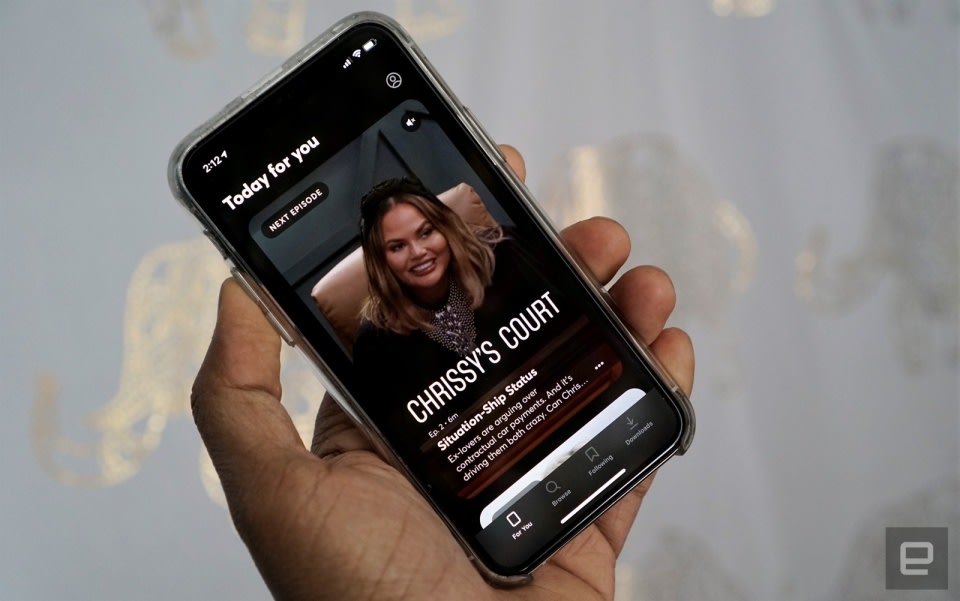 Quibi is in talks with Roku and Amazon in a bid to reach more audiences, according to Variety. The company, which has been working double time to support screens bigger than a phone’s, is reportedly in talks to build native apps for Roku’s streaming devices and Amazon’s Fire TVs. Its Amazon negotiations “recently picked back up,” the publication says, suggesting that the company talked with the e-commerce giant in the past. Meanwhile, its negotiations with Roku are still in the very early stages and could still fizzle out, depending on the revenue—sharing scheme Quibi offers.

Quibi launched its service in April with shows created specifically for mobile devices. The idea behind it was to provide people with bite-sized entertainment meant to be consumed while, say, lining up for morning coffee or during commute. The company always intended to make its shows watchable on TVs, but it wasn’t a priority until coronavirus-related lockdown orders took effect. Since then, the company has accelerated its plans: it rolled out AirPlay support for iPhones in May and then Chromecast support for iOS and Android devices earlier this month.

Making the service more accessible could help the company entice more users to sign up. Quibi founder Jeffrey Katzenberg admitted that its download numbers aren’t close to what they expected — he also blamed the pandemic for the service’s lackluster performance in a previous interview with The New York Times.

According to Sensor Tower data (as reported by The Wall Street Journal), Quibi will have fewer than 2 million paying subscribers by the end of its first year at the rate sign-ups are going. That’s way under its target of 7.4 million subscribers. Katzenberg did say, however, that the company will reduce its projections for the year. We’ve reached out to the company for confirmation and will update this post when we hear back.