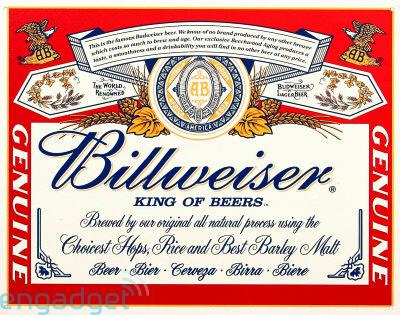 Being the shrewd businessman that he is, Bill Gates has just invested a significant amount of money in one of the few products consumed during both good times and bad: alcohol. Actually Femsa, the Mexican brewery in which Gates now owns a $392 million stake through his Cascade Investment LLC fund, does a lot more than just brew booze: according to Reuters, it's also the world's second-largest Coke bottler as well as operator of Oxxo, Latin America's largest convenience store chain. When asked how he felt about the Microsoft founder moving in on his home turf, fellow billionaire Carlos Slim reportedly shrugged off the threat, boasting, "Not only am I a wealthier man than Mr. Gates, but he couldn't even make it through half a Power Hour with his nueva cerveza."
In this article: acquisitions, beer, bill gates, BillGates, carlos slim, CarlosSlim, femsa, mexico
All products recommended by Engadget are selected by our editorial team, independent of our parent company. Some of our stories include affiliate links. If you buy something through one of these links, we may earn an affiliate commission.
Share
Tweet
Share