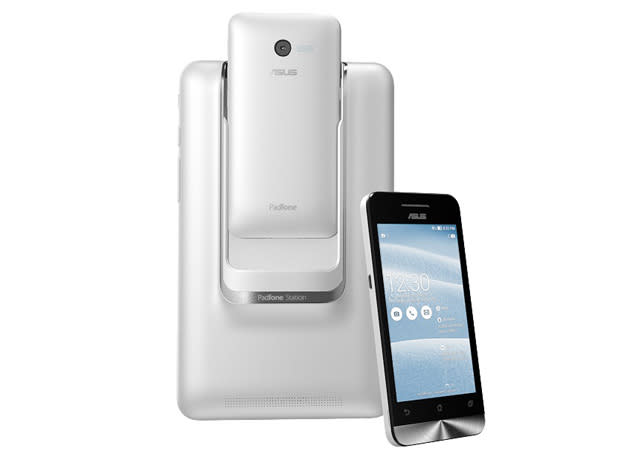 ASUS is giving American tablet fans more than the PadFone X -- it just revealed at its CES event that the PadFone Mini will also be coming to the US for $249. The 4-inch smartphone and 7-inch tablet combo that will reach the US isn't quite the same as what surfaced in Taiwan, though. This version touts a phone with 1.6GHz dual-core Atom Z2560 chip, 8GB of storage and an 800 x 480 display rather than the Snapdragon, 16GB of space and 960 x 540 display from before. ASUS hasn't said exactly when we'll see this new Intel-powered PadFone, but we'll keep you updated.

Update: We've added some hands-on photos, which you can find right after the break. Also, ASUS says that there aren't any current plans to bring the Mini stateside, despite giving the device US pricing.

In this article: android, asus, atom, ces2014, mobilepostcross, padfone, padfonemini, smartphone, tablet
All products recommended by Engadget are selected by our editorial team, independent of our parent company. Some of our stories include affiliate links. If you buy something through one of these links, we may earn an affiliate commission.