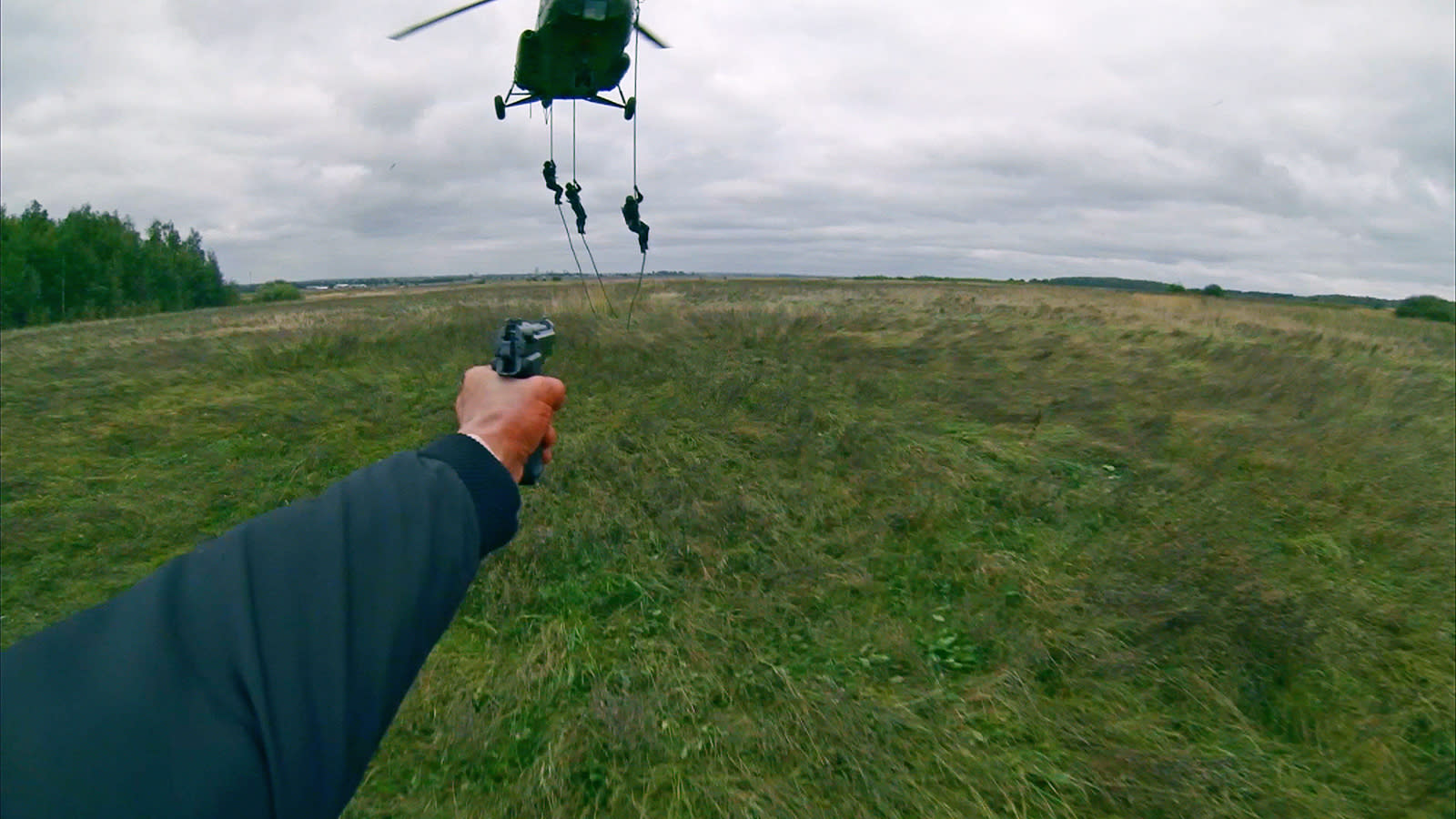 Hardcore Henry is basically a mix of Jason Bourne, Captain America and Call of Duty. It's an action epic about a man who wakes from near-death in a futuristic laboratory and with no memory of his past. Minutes after regaining consciousness, he embarks on a dangerous mission to save his kidnapped wife from a warlord who plans to create genetically engineered super soldiers. The entire movie is shot in a first-person perspective, directly from Henry's point of view. This perspective twist certainly sounds interesting -- and you can get a closer look at it on Wednesday, February 10th, live on Twitch.

Twitch will debut a new trailer for Hardcore Henry during a livestreamed event on February 10th, held from 6PM to 8PM PST on the channel of Counter-Strike: Global Offensive streamer summit1g. Hardcore Henry writer and director Ilya Naishuller will be on-hand to answer questions and discuss the film's influences, which definitely include some classic shooters.

"The film itself pays homage to many first-person video games, many of which are referenced throughout Hardcore Henry," a press release promises.

Three popular streamers -- Ms_Vixen, Force, and Rachel "Seltzer" Quirico -- will join Naishuller and summit1g during the Twitch event. Hardcore Henry makes its domestic debut at the South by Southwest Film Festival in March, and it hits theaters nationwide on April 8th.

Hardcore Henry made waves at the 2015 Toronto International Film Festival and was picked up by STX Entertainment for $10 million that year (check out the movie's TIFF trailer below). STX has planned a robust marketing campaign for the film, one that clearly doesn't stop with ad placements on television and in theaters, as Deadline reports.

Twitch has rapidly cemented itself as a valuable entertainment service, connecting audiences directly with their favorite content creators and online personalities. This won't be the last mainstream vehicle to use Twitch for outreach and branding -- it certainly isn't the first, either.

In this article: art, av, business, CallOfDuty, culture, entertainment, film, FirstPerson, FirstPersonShooter, fps, gaming, hardcorehenry, internet, livestream, movies, services, STX, sxsw, SXSW2016, twitch
All products recommended by Engadget are selected by our editorial team, independent of our parent company. Some of our stories include affiliate links. If you buy something through one of these links, we may earn an affiliate commission.