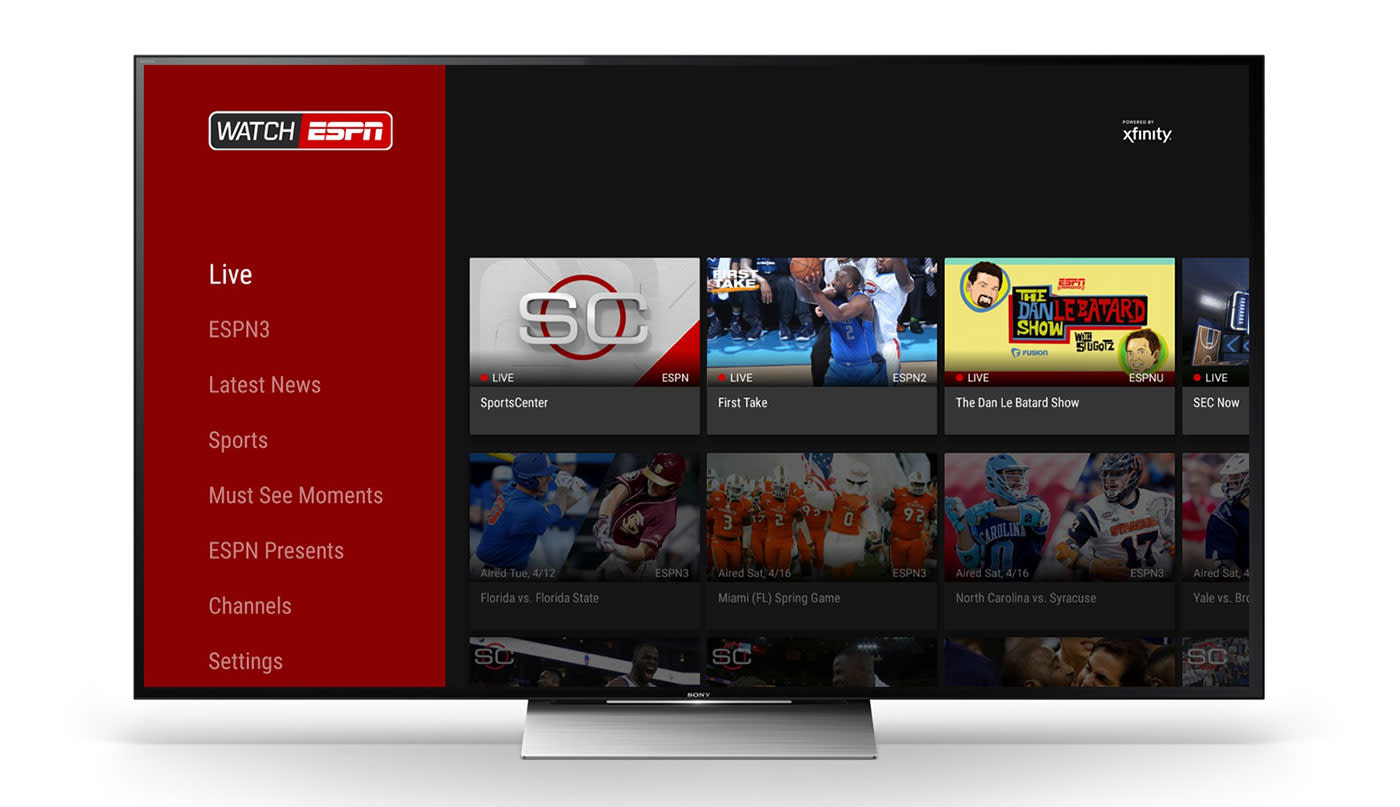 ESPN's streaming app is already available on a number of streaming gadgets and mobile devices, and now you can watch it on Android TV. WatchESPN's live and on-demand content is now available on Sony 4K HDR Ultra HD TVs, Sharp Aquos Android TV, Nexus Player, Nvidia Shield and Razer Forge TV. The company says that the app will makes its way to Philips and RCA devices "at a later date." If you'll recall, WatchESPN was already available on Google's Chromecast streaming dongle.

Of course, you'll need a cable subscription in order to stream the library of sports content, so you may need to temper your expectations. Despite rumors of a standalone NBA streaming service, Disney's CEO Bob Iger said the company wouldn't rush the offering early last year. Disney/ABC Television Group says that this ESPN app is the first of its Android TV offerings and that others are "coming soon."

In this article: androidtv, app, av, cable, entertainment, espn, services, software, sports, streaming, tv, watchespn
All products recommended by Engadget are selected by our editorial team, independent of our parent company. Some of our stories include affiliate links. If you buy something through one of these links, we may earn an affiliate commission.