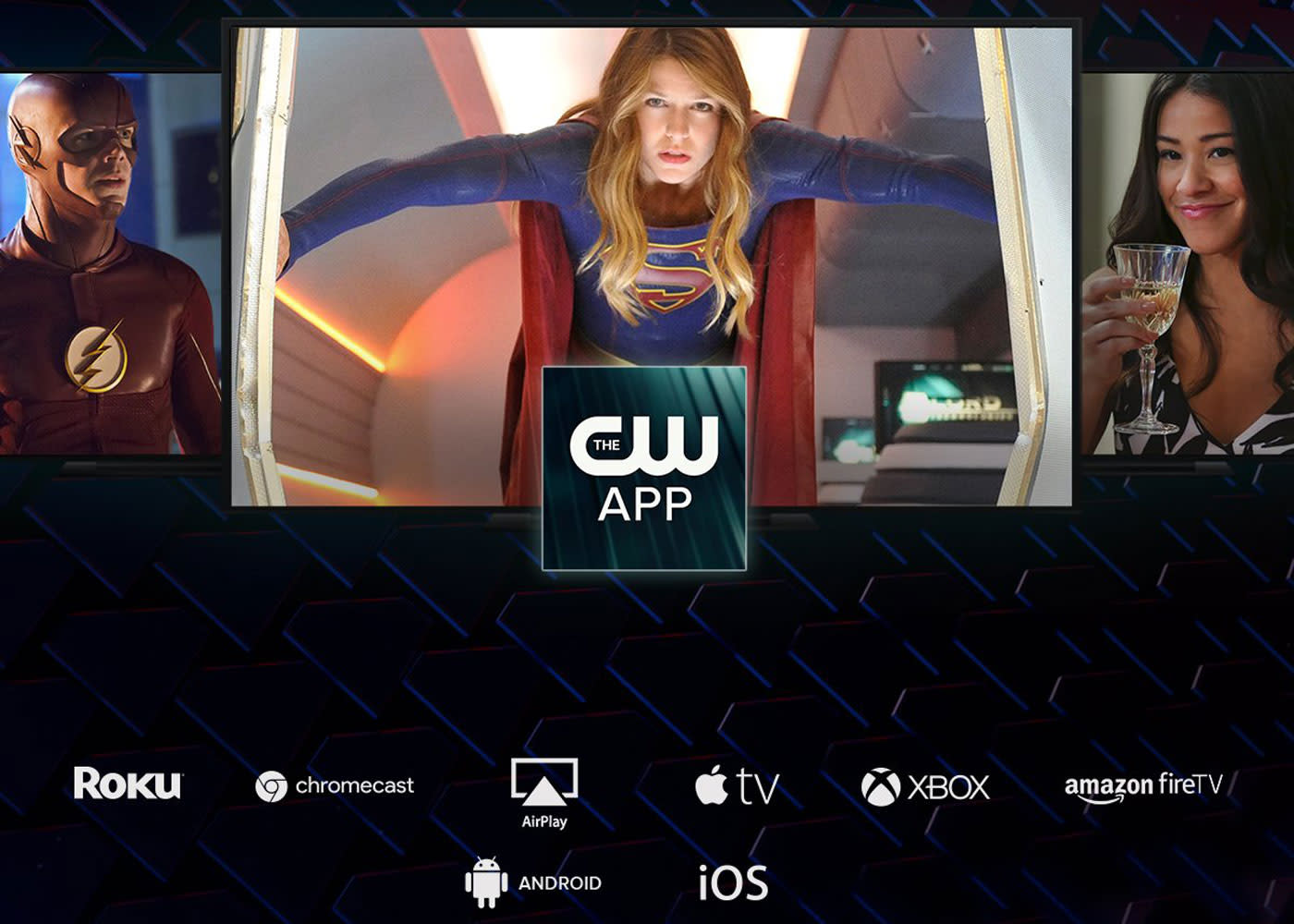 Reports surfaced in January that CBS and Time Warner were planning a streaming service for The CW network. So far, those plans haven't come to fruition, but starting next week, it'll be a lot easier to stream shows that air on the the channel. The CW's series were already available for in-season streaming on the web and its mobile apps free of charge, but based on a tweet from the network's Supergirl account, those shows are also headed Apple TV, Chromecast, Fire TV, Roku and Xbox next week. And they still won't cost you a dime.

Details are scarce for now, but there's a "Notify Me" page where you can sign up to be alerted when the new options go live. In addition to the rumblings about a standalone service for The CW shows, the network also recently revised how its content will hit other subscription services. All CW shows are getting pulled from Hulu in favor of the network's own site and apps. The CW's slate of fall premieres start October 4th, so being able to stream those shows on a variety of new devices couldn't come at a better time.

Thanks to a retooled agreement with Netflix, that library will be the exclusive streaming home for the likes of Arrow, Flash, Supergirl, Crazy Ex-Girlfriend and Jane the Virgin. CW shows will hit Netflix a week after the current season wraps up as well, a massive improvement from what used to be a wait of several months.

It will be interesting to see if CBS and Time Warner stick with the free offering down the road. CBS has it's own paid streaming service, CBS All Access, that costs viewers $6 a month. At the end of August, CBS announced a commercial-free option for $10 a month. What's more, All Access will be the exclusive home of the upcoming (and delayed) Star Trek series as well as a spin-off from The Good Wife.

Starting next week, The CW is available everywhere. Find out more: https://t.co/GKXJwFTYOZ pic.twitter.com/0Ia57HAvs5

In this article: av, cordcutting, cw, entertainment, services, streaming, television, thecw, tv
All products recommended by Engadget are selected by our editorial team, independent of our parent company. Some of our stories include affiliate links. If you buy something through one of these links, we may earn an affiliate commission.