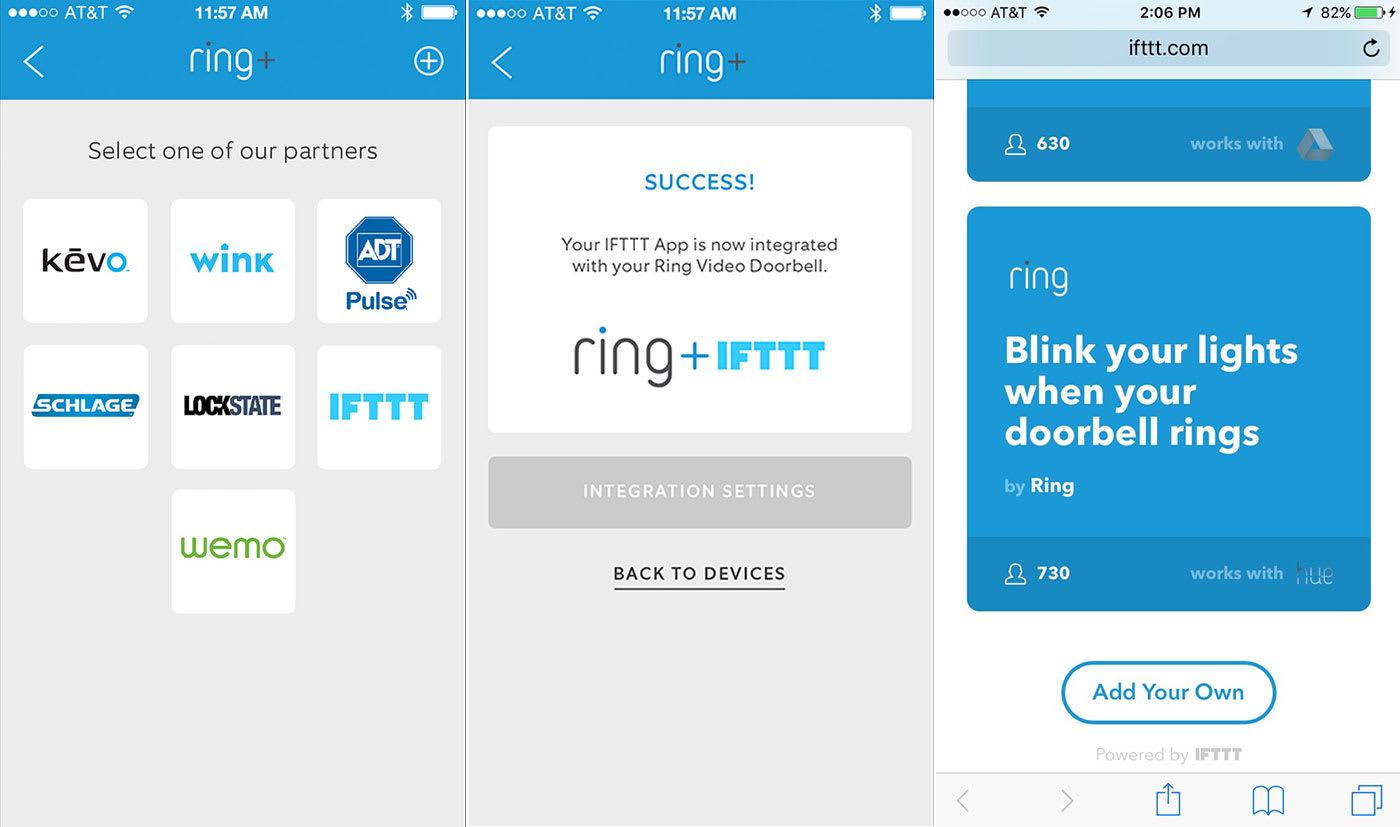 IFTTT's recipes are great for getting apps and devices that you use on the regular to interact with each other without being prompted to do so. Before now, you had to download the IFTTT app or visit its website to get everything setup, input your account details and more. That's about to change. Over the course of the last year, the company has been working with other companies to integrate those formulas inside their own apps rather than relying on IFTTT to handle the coordination elsewhere. The result is easy access to expanded features for companies beyond the standard tools their services provide.

The list of partners that are putting IFTTT recipes in their apps right now include the likes of Ring's video doorbell, Foobot's indoor pollution monitor, Automatic's car adapter, Qapital's banking app, Garageio's garage door controller, Roger's voice messenger and more. What's more, you can create and save IFTTT rules inside those third-party apps as well. If you want Automatic to send its reports on your vehicle to Google Drive for example, you can opt to do that without having to jump over to another app.

IFTTT's Partner Platform and the ability to sort recipes with the software you're likely already using is certainly handy, but we'll be interested to see if more companies opt in. At launch, the full list of partners includes Ring, Qapital, Foobot, Garageio, Automatic, Awair, Skybell, LIFX, Bloomsky, Roger, Abode and Stack Lighting. The new integration inside those companies' apps are rolling out now, so if you're using their connected gadgets and software, you should be able to use the new workflow soon enough.

The expansion for IFTTT comes on the heels of Microsoft announcing its own version of an automated workflow. With Flow, Microsoft connects over 30 services that are mostly focused on streamlining your email, to-do list and other productivity tools. However, a mobile app does some of the same things IFTTT can do, like tweet your Instagram snapshots as actual pictures rather than links. There's no mention of using those IoT devices with Flow yet, so IFTTT remains your go-to for automating connected gadgets with other tech.

Source: IFTTT
In this article: app, automation, gear, ifttt, iot, recipes, services, software
All products recommended by Engadget are selected by our editorial team, independent of our parent company. Some of our stories include affiliate links. If you buy something through one of these links, we may earn an affiliate commission.