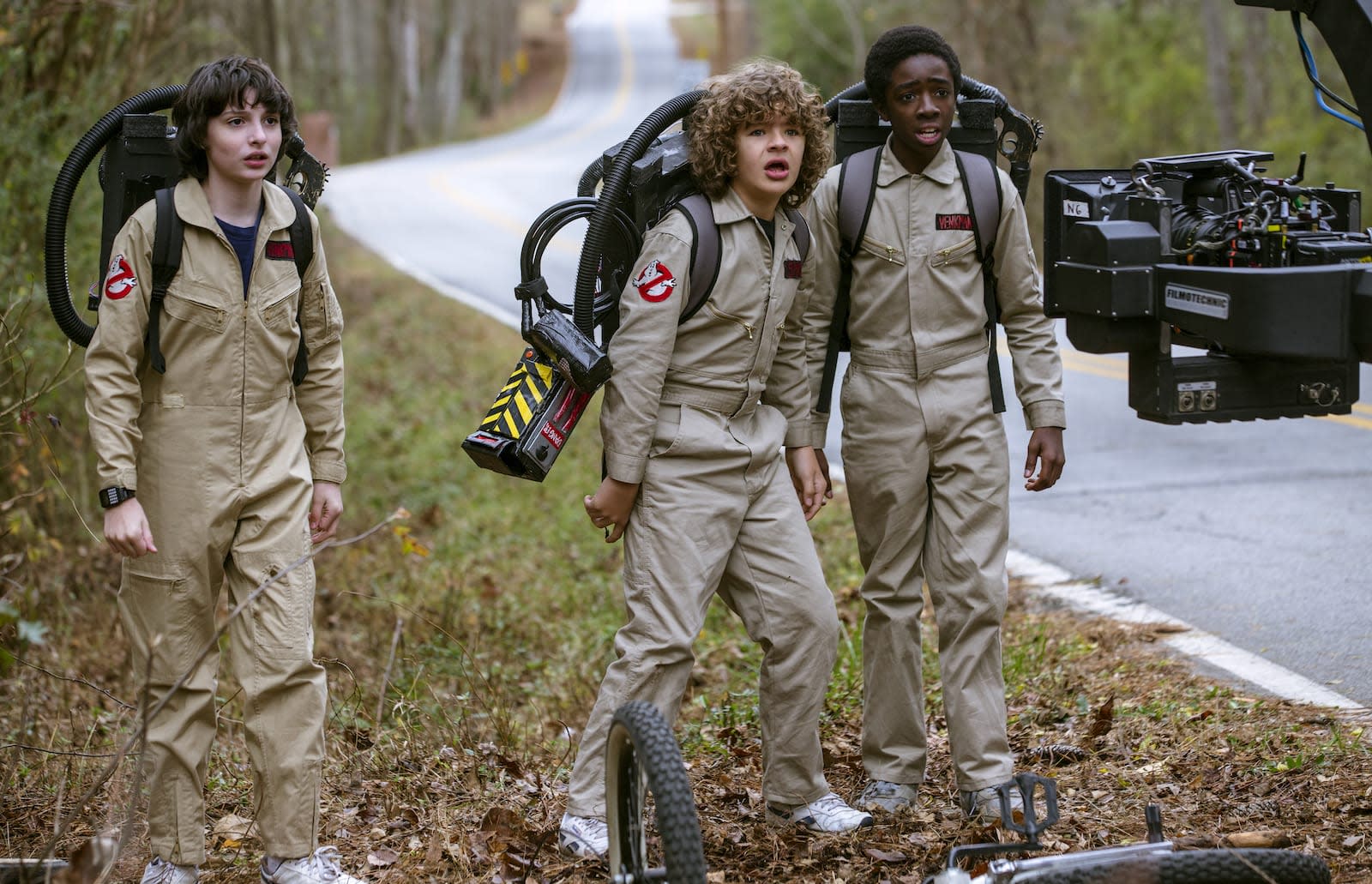 Director of Photography Tim Ives talks about what it’s like to film the show.

Netflix is still surprised that Stranger Things, a science-fiction series starring five young kids, became a worldwide sensation immediately after it was released. Unlike some of its biggest hits, like House of Cards (which is based on a British series), Stranger Things was an unknown property when it premiered in July of 2016. But it quickly captivated audiences, thanks to its '80s nostalgia and the perfectly executed homages to Hollywood classics from the likes of Stephen King and Steven Spielberg.

As the series created by the Duffer Brothers enters its second season on October 27th, we talked to Director of Photography Tim Ives about what it's like to shoot it. Ives, who has previously worked on shows like Girls, Mr. Robot and House of Cards, said one of the most important elements was to keep Stranger Things 2 feeling retro. That's something that can become challenging, particularly as he relies on new technologies, such as 4K cameras with high-dynamic range. Ross (left) and Matt Duffer (right) during the production of Stranger Things 2.

"You have to protect what you're trying to show," Ives said. "We tested quite heavily to make sure that our images had the soft and round tones that are in '80s films." He claimed that effect was achievable with a combination of Leica lenses and state-of-the-art cinema cameras. For the second season, Ives shot with the Red Weapon 8K S35, an upgrade over the 6K Red Dragon that was used on the first season of the show.

Netflix only streams the shows at up to 4K resolution, of course, but those cameras help provide the highest-quality images possible. Shooting the show with that latest sensors makes it futureproof too, as that might make it possible to see better versions than UHD in the future. Stranger Things also supports 4K in HDR, which delivers better detail in darker scenes. This technology is far from mainstream, though, since compatible TVs are still on the pricey side -- at least if you want a good one.

Ives said that when it comes to softening the image, a process that gives Stranger Things that '80s style, it's important to ensure the shots are going to look perfect for both HD and HDR. Essentially, he wants people to have a similar experience while watching, whether they're using a low- or high-end TV. He added that as HDR becomes more accessible, the way HD did, the entire process of editing for different sets will be streamlined. You have to protect what you're trying to show. We tested quite heavily to make sure that our images had the soft and round tones that are in '80s films.

At the same time, Ives also has to take into account that many people watch on their smartphones. He said that the Duffer Brothers know this, and that's why their filming technique is composed in a way "where you're gonna get the same impact whether you [watch] on a small or a big screen." Naturally, Ives said he would prefer if viewers enjoyed the show on the largest display possible, but he's fully aware that we're living in the era of mobile devices.

As much as all of this tech can help behind-the-scenes and with distribution, guarding the wistful magic of Stranger Things also happens through the set and costume design in the narrative. In the first season, the main characters rely on walkie-talkies to communicate as the plot unfolds, and then there are the Walkman and ham radio cameos. For season two, we know arcades and Ghostbusters will be a big part of the story, based on the first trailer.

Ives said he's inspired by Blade Runner, Star Wars, The Shining as well as Indiana Jones and The Temple of Doom, and you can clearly see bits and pieces of those in Stranger Things. While the show is often categorized as sci-fi, it's actually tough to nail down where exactly it fits, given that it pulls from a variety of genres. There's conspiracy, comedy, friendship, horror and supernatural sprinkled throughout. That, combined with Ives' and the Duffer Brothers' cinematic influences and homages, is really what preserves the '80s vibes from the series.

Heading into season two, and with the third already in the works, one thing that's changed is that Ives' team has incorporated drone work in the new episodes. He couldn't provide specific examples from Stranger Things 2, in order to avoid spoilers, but he noted that the tech gives the series an even bigger feel.

Ives added that he's intrigued by augmented reality and virtual reality, though he doesn't feel those technologies are "ready for this show" right now. As great as it would be to have the Stranger Things world come to life in AR or VR, it will probably never happen -- not in full, anyway. "Maybe if we get a season 15, we'll do it," he said.

Netflix VP of Product Innovation Todd Yellin told Engadget that the company saw Stranger Things as "a good-size bet," but "we didn't realize the magnitude" of it. "The way it grabbed our members," he said, "people really raced through the show." Still, Yellin knows the biggest test is still ahead, and Netflix can only hope that Stranger Things 2 isn't just a one-season wonder.

All products recommended by Engadget are selected by our editorial team, independent of our parent company. Some of our stories include affiliate links. If you buy something through one of these links, we may earn an affiliate commission. All prices are correct at the time of publishing.
View All Comments
How Netflix keeps ‘Stranger Things’ lo-fi in a high-tech world