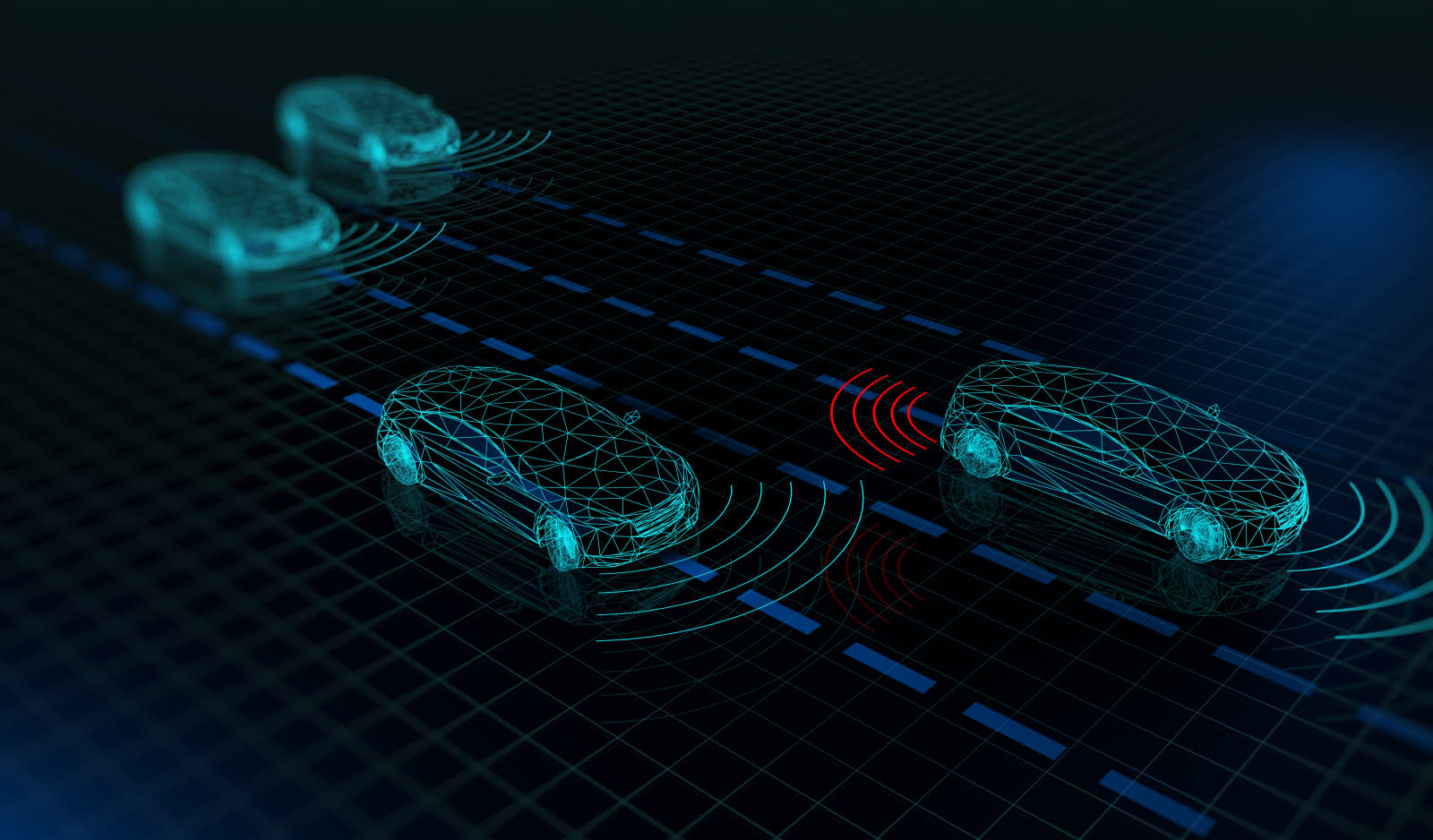 After remaining tight-lipped for years, Apple is now more than eager to share how much progress it's making on self-driving car technology. AI research director Ruslan Salakhutdinov made a presentation this week that revealed more of what the company's autonomous driving team has been up to. Some of the talk was familiar, but there were a few new examples of how far the fledgling project had come.

To start, Apple has crafted a system that uses onboard cameras to identify objects even in tricky situations, such as when raindrops cover the lens. It can estimate the position of a pedestrian even if they're hidden by a parked car. Other additions included giving cars direction through simultaneous localization and mapping, creating detailed 3D maps using car sensors and decision-making in urgent situations (say, a wayward pedestrian).

It's still not certain if or how Apple will commercialize its self-driving know-how. At the moment, its next goal is to produce driverless employee shuttles. The company isn't currently expected to sell its own cars, but licensing its work to others would be unusual when Apple is well-known for preferring to develop everything in-house.

The talk in itself is notable. Apple has been slowly opening the kimono on its AI research, but it hasn't been clear on just how much it was willing to discuss. Salakhutdinov's chat shows that it's willing to offer at least some kind of consistent openness rather than maintaining its legendary secrecy. Not that it has much of a choice. Apple has struggled to attract AI talent in part because its secretive approach has been unappealing for researchers used to receiving academic and industry recognition. Presentations like this could keep Apple's AI team in the spotlight and reel in scientists who'd otherwise go to Facebook, Google or tech giants.

In this article: ai, apple, ArtificialIntelligence, gear, machinelearning, personal computing, personalcomputing, ruslansalakhutdinov, science, self-driving, self-drivingcar, transportation
All products recommended by Engadget are selected by our editorial team, independent of our parent company. Some of our stories include affiliate links. If you buy something through one of these links, we may earn an affiliate commission.