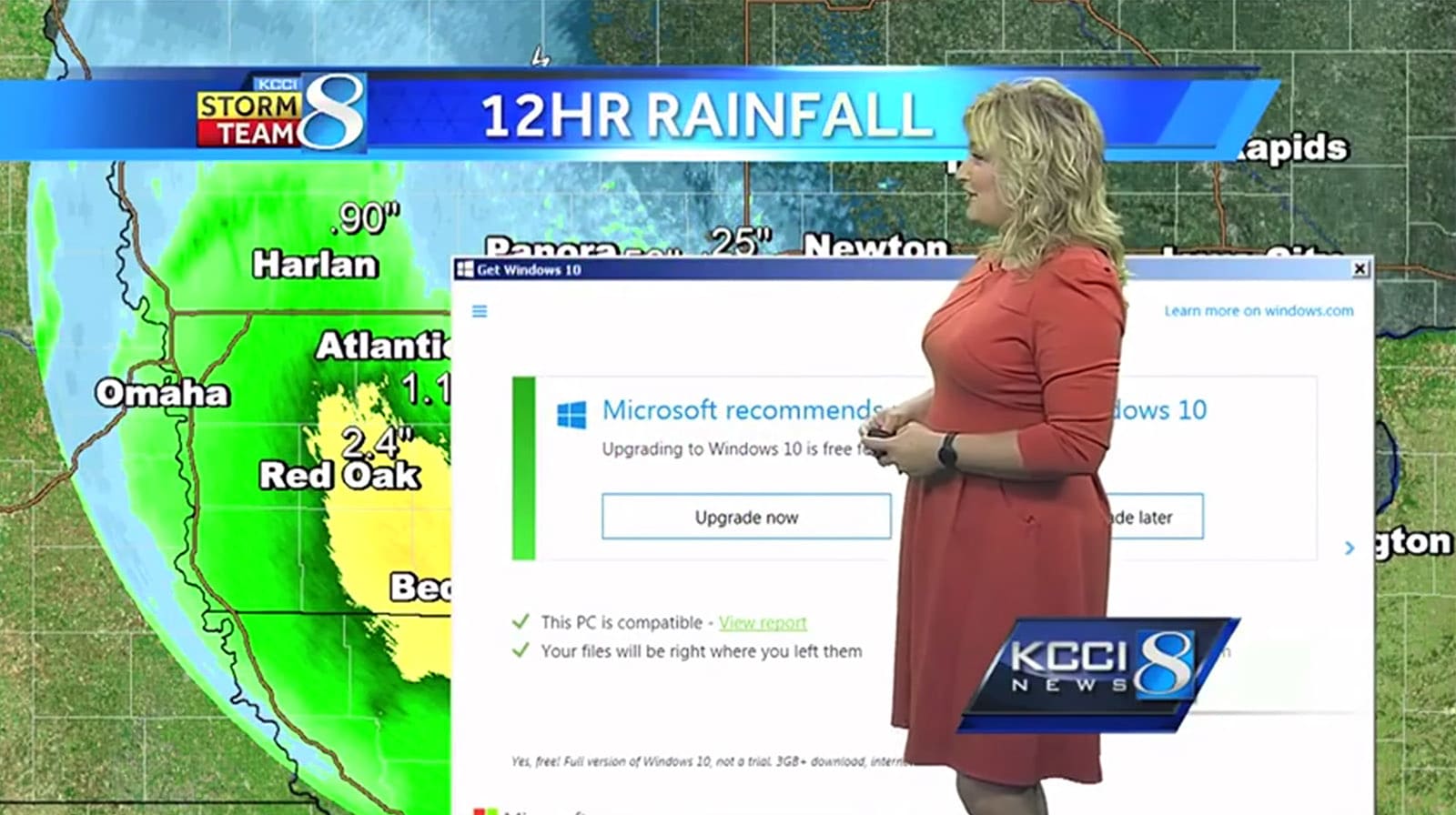 Horror stories abound on the internet about forced Windows 10 updates screwing up presentations and other crucial work, so Microsoft is finally doing something about it. Rather than just installing updates whenever it wants, the next big Windows 10 release, the Creators Update, will let you "snooze" the update for three days or pick your own restart date.

Microsoft "heard that unexpected reboots are disruptive if they happen at the wrong time," said Director of Program Management John Cable. That's an incredible understatement, as inopportune Windows 10 updates have ruined so many business presentations, important work and even live weather broadcasts (above) that they're a running meme. Customers have sued Microsoft (and won) over the problem, which may have prompted the company to finally do something about it.

Automatic Windows update restarted my PC and I lost hours of work in a commission. I want to fucking die.

With the Creators Update, Microsoft added an icon in the Windows Update Settings page that shows if your device is up-to-date. Once it arrives, you can schedule when to time it or simply snooze it for three days, as shown below. You can then snooze or reschedule it again if that still doesn't work. Furthermore, you'll have more choice for the "active hours" when it absolutely can't do an update.

As with another recent Windows 10 feature around non-Windows Store apps, the new update feature is not unlike how Apple handles OS X updates. Microsoft is also tweaking privacy settings, making it easier to pick the privacy and data collection settings that suit you. It has unveiled screenshots that show how it looks and is gauging users' opinions via a new "quest" in the Windows 10 Feedback Hub application. 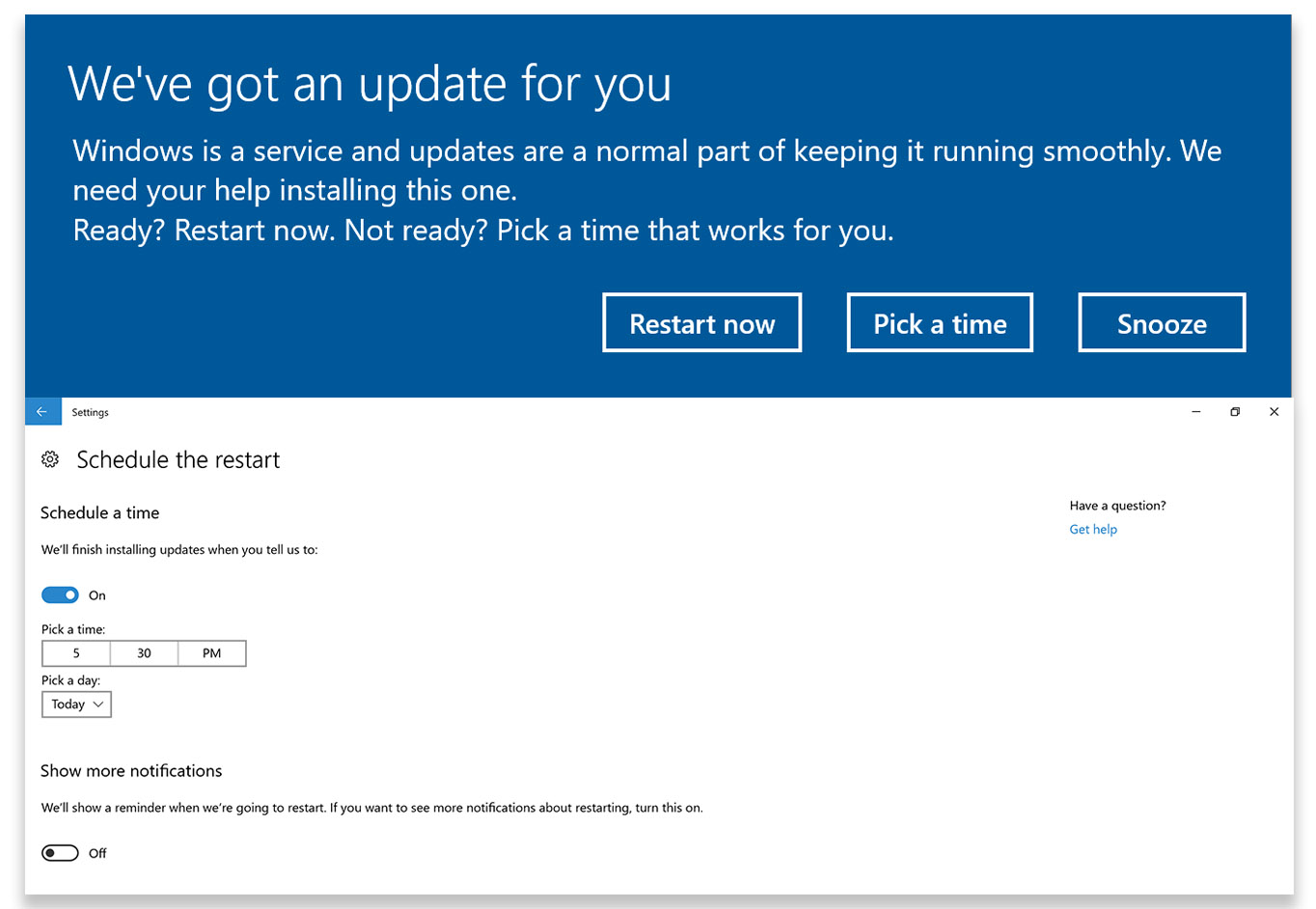 Source: Microsoft
In this article: CreatorsUpdate, ForcedUpdates, gear, Interruptions, microsoft, personal computing, personalcomputing, Rebooting, Updates, Windows10
All products recommended by Engadget are selected by our editorial team, independent of our parent company. Some of our stories include affiliate links. If you buy something through one of these links, we may earn an affiliate commission.