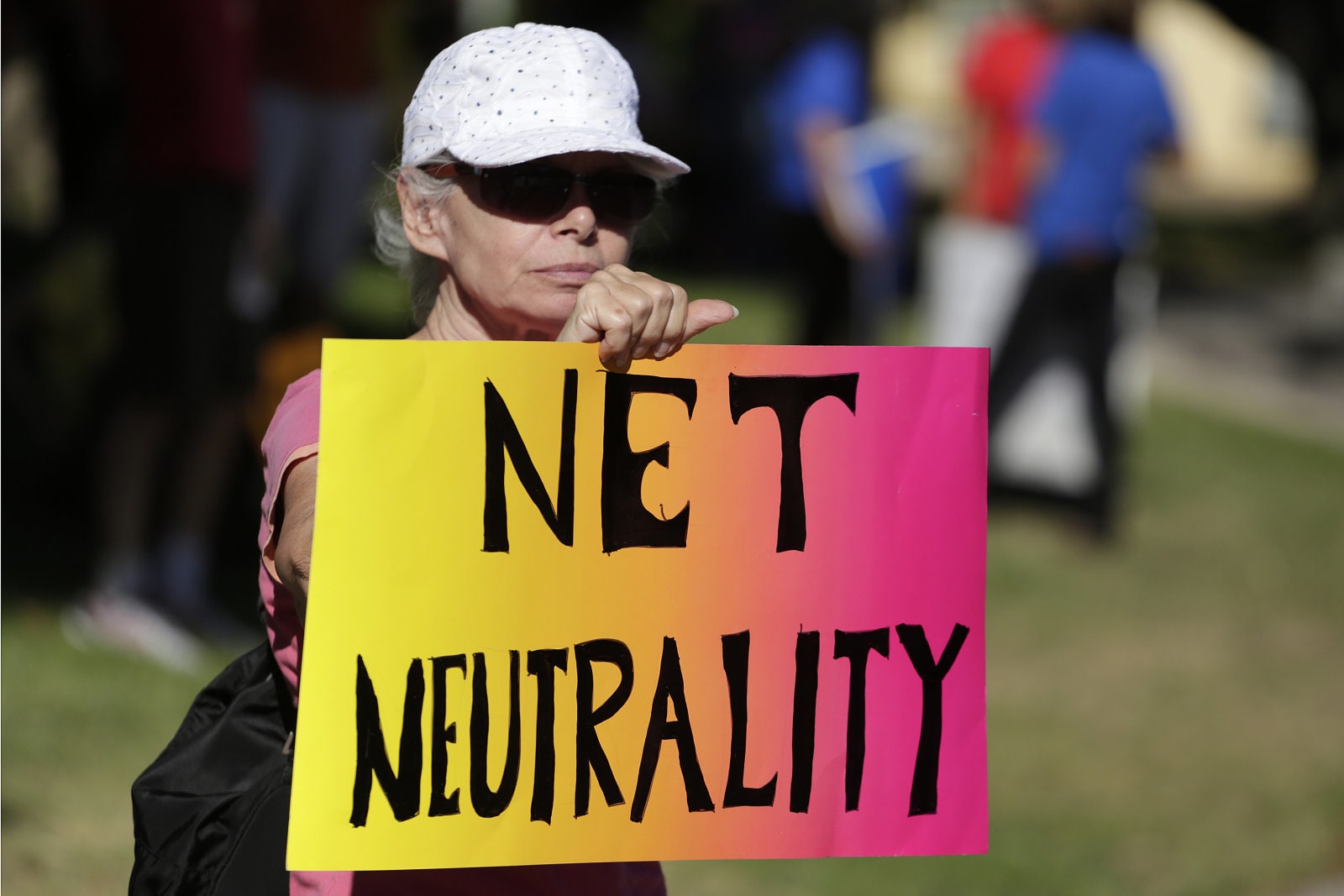 Two pro-net neutrality Democrat Senators have told the FCC that it had damn well better be ready for public comments on tomorrow's net neutrality Day of Action. "It is critical to the rulemaking and regulatory process that the public be able to take part without unnecessary technical or administrative burden," they stated in a letter to FCC Chairman Ajit Pai.

The Day of Action was organized by non-profit Battle for the Net, and is backed by Google, Facebook, Amazon, the ACLU, Etsy, Kickstarter, the Electric Frontier Foundation, Mozilla, Vimeo, Greenpeace, Reddit and Netflix, among many others. All day tomorrow, websites, online communities and others will use banners and GIFs to show how the internet could change without strong neutrality rules. They'll also direct users to send comments urging net neutrality protection to Congress and the FCC via its electronic communication filing system (ECFS).

Senators Ron Wyden from Oregon and Hawaii's Brian Schatz wrote that the FCC's excuses about about a DDOS incident in May that stopped users from making comments were suspicious and, in any case, irrelevant. The "attack," they said, just happened to occur after a "television host's call to action." That's referring to John Oliver's net neutrality screed in May that pushed tens of thousands to Oliver's "GoFCCYourself.com," which redirects to the FCC's comment site.

Due to the timing of the May 7-8 attack, which took place after a television host's call to action, we are concerned that a similar attack may be planned to disrupt the Day of Action.

Ajit Pai claimed that the DDOS attack had nothing to do with the comments, but some observers were skeptical. "It's an odd coincidence," a former FCC staffer told The Hill. "I'm skeptical that this is a DDoS attack. The ECFS was always inadequate." That person is also "dubious" the system has been fixed since then, as the FCC had promised.

The letter adds that the FCC's comment system should employ methods that allow for "flexible scalability and alternative methods of filing." Furthermore, it recommends the commission allow for an alternative method of filing, should the ECFS be knocked down again by a surge of comments or DDOS.

The letter is a canny idea, as it gives more publicity to the net neutrality Day of Action and will make the FCC look extra bad if the public can't log on to comment. Either way, Ajit Pai is on the record saying that he doesn't care if a majority of commenters oppose his rules to suppress net-neutrality and prevent carriers from fibbing or abusing the public and smaller rivals. That's assuming, of course, that it's humans and not bots making the comments.

Via: TechCrunch
Source: Ron Wyden
In this article: AjitPai, BrianSchatz, FCC, gear, NetNeutrality, politics, RonWyden, Senate
All products recommended by Engadget are selected by our editorial team, independent of our parent company. Some of our stories include affiliate links. If you buy something through one of these links, we may earn an affiliate commission.