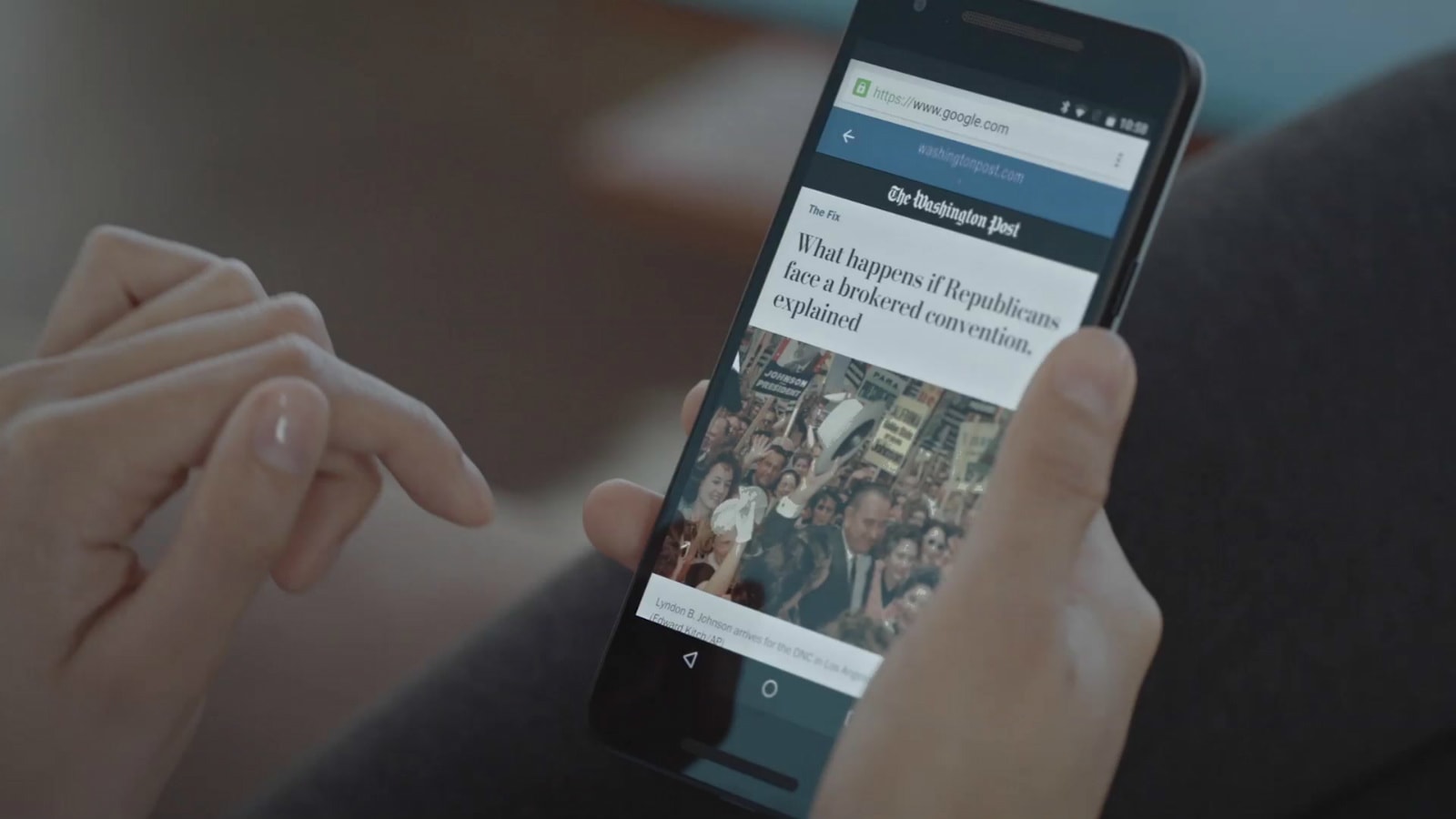 Snapchat has turned its Discover section into a popular destination for its 166 million users, and a money-spinner in its own right. Google, the web's biggest ad company, thinks it can go one better. Word's already leaked that the search giant is working on its own take on Snapchat's popular media tab, which will similarly be stocked with news and entertainment content from partner publications. And now, Recode is reporting that Google is using its large stockpile of cash to attract media outlets to its fold. The service, dubbed "Stamp," is reportedly built around its faster-loading AMP mobile webpages. As with Discovery, visitors will be able to swipe through a slideshow-style format made up of text, photos, and video.

Google is apparently using the payouts to cushion the costs publishers encounter as they produce articles specifically for the new product. No details are available on exactly how much Google is doling out to the likes of Conde Nast, Hearst, Time Inc., Mashable, Mic.com, CNN, The Washington Post, and Vox Media (all of which are reportedly involved with Stamp). And, the publishers will also benefit from the exposure that comes with top billing on Google's search results (where it will reportedly be placed).

Naturally, ads will play a role. If the final product is anything like Instagram Stories (itself a Snapchat clone), then they will likely pop up in-between slides. However, Recode claims Google is not planning on selling ad inventory itself at present. Instead, its partners will be able to work with marketers directly to line their pockets and disrupt your viewing pleasure. Google is declining to comment on the info. But, it did previously tell Engadget that it's in "constant collaboration with publishers...working early on upcoming features."

Google is not the first tech titan to use financial incentives to help publishers make the leap to a new platform. Before Facebook pinned its video hopes on original shows, it was offering celebs and media outlets tens of millions of dollars to create clips for its Facebook Live feature. The same goes for Snapchat, which has struck its fair share of deals with high-profile companies, including CNN, MTV, and NBC, among others.

Source: Recode
In this article: gear, google, GoogleStamp, internet, mobile
All products recommended by Engadget are selected by our editorial team, independent of our parent company. Some of our stories include affiliate links. If you buy something through one of these links, we may earn an affiliate commission.