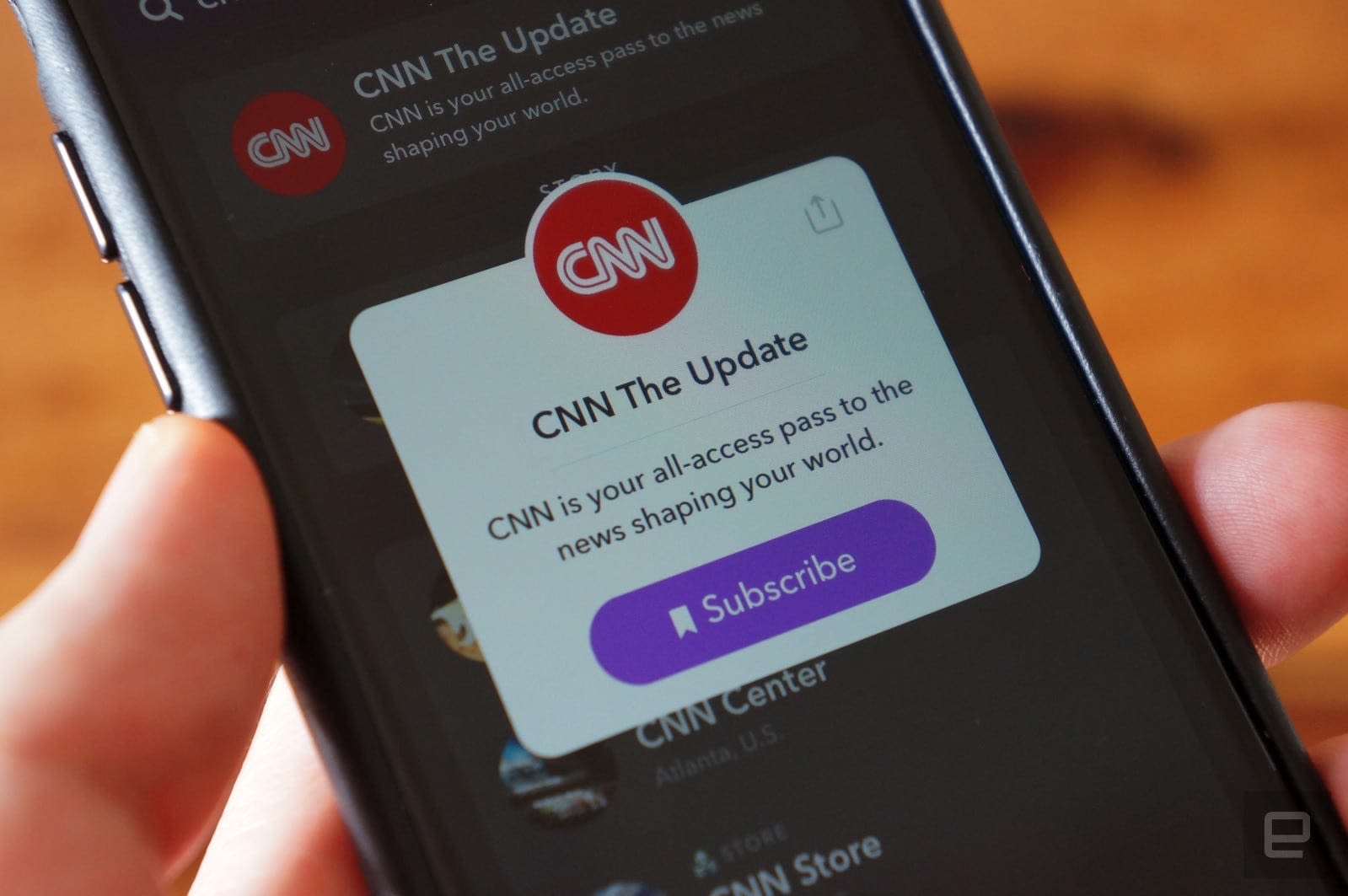 Four months after it launched The Update on Snapchat, CNN is canceling the daily news show. According to the Wall Street Journal's sources, CNN realized "there wasn't a clear enough path to make money" with the show. That's not the most surprising revelation - no one really knows if Snapchat shows are actually successful or how to measure the results.

CNN was one of many traditional media outlets, including Disney, NBC, A+E, MGM Television and ESPN, that launched shows for the millennial-friendly app. NBC even went as far as to partner with Snap on a mobile-only studio dedicated to creating content for the vertical video platform. But despite the hype and enthusiasm from the industry, Snapchat has struggled to add users at a satisfactory rate, leading the company to redesign the app last month.

To be fair, some of Snapchat's shows seem to be doing well. Its original reality series Phone Swap has been so well-received, in fact, that it's being adapted for the silver screen. NBC's Stay Tuned has seen more than 29 million unique viewers, according to Axios (an outlet in which NBC Universal invests).

CNN isn't completely ditching Snap, though. In a joint statement provided to Engadget, the two companies said "Our relationship will very much be continuing." They plan to "keep working together and mutually decided to hit pause as [they] explore the best opportunities for doing that." CNN will continue to publish to the platform and pursue new projects with Snap. Who knows what that will bring, but in the meantime it's probably a good idea for both parties to take a break until there's a better way to measure the success of a Snapchat TV show.

Update: Added clarification on the performance of Snapchat shows like Phone Swap and Stay Tuned.

Via: Mashable
Source: Wall Street Journal
In this article: av, cnn, cnntheupdate, content, entertainment, mobile, snap, snapchat, SocialMedia, video
All products recommended by Engadget are selected by our editorial team, independent of our parent company. Some of our stories include affiliate links. If you buy something through one of these links, we may earn an affiliate commission.