All about that Pencil.

Well, that was underwhelming. At its "Let's Take a Field Trip" education event in Chicago on Tuesday, Apple only had a nominal upgrade to its 9.7-inch iPad and some minor software updates to announce. But hey, at least Crayola's new digital crayon looks pretty cool. 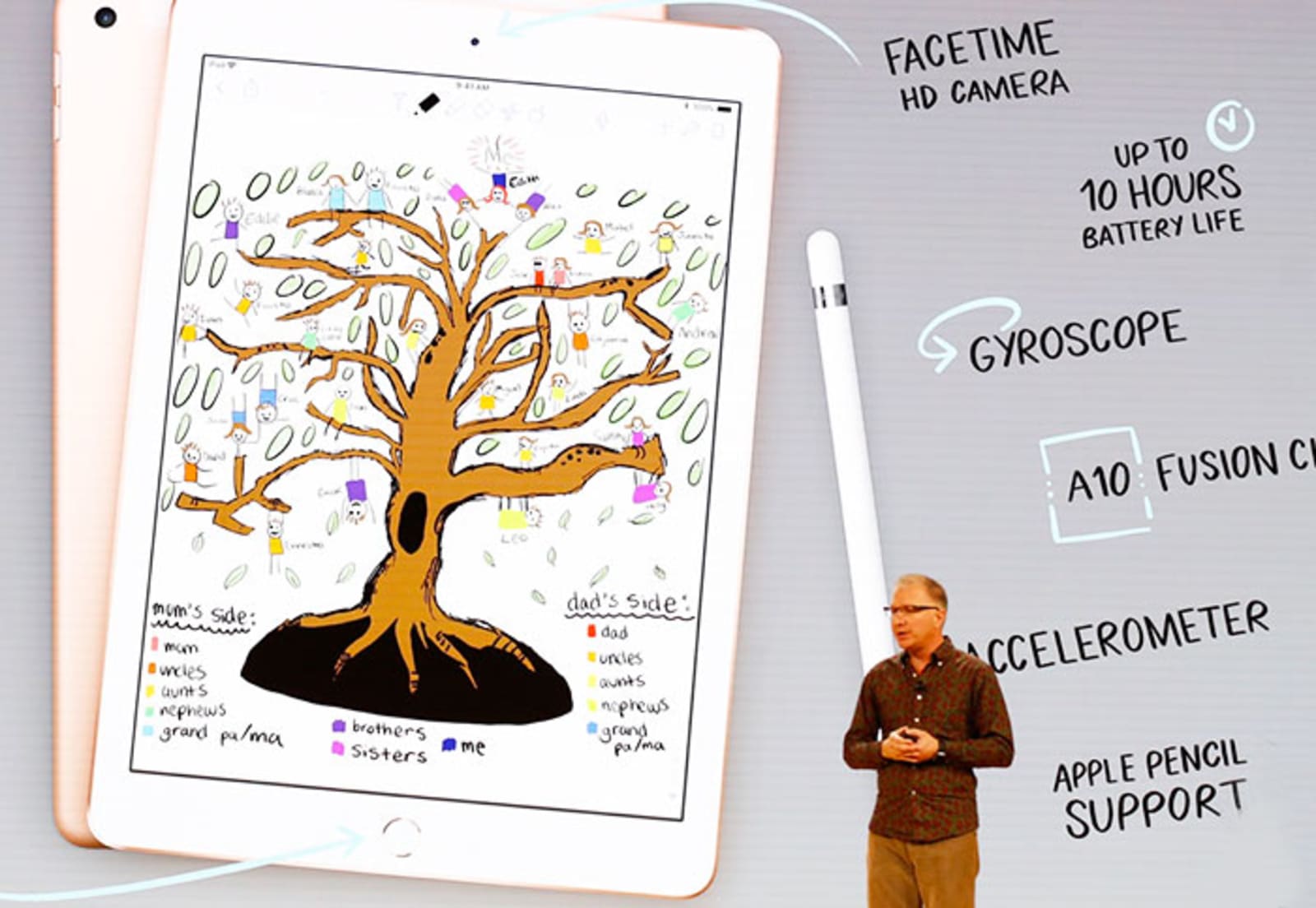 $329: Apple has long touted its 9.7-inch iPad as a potent yet affordable educational tool. This year, the tablet received both a small boost to its processing power -- moving from the A9 chipset to the newer A10 -- it also now boasts Apple Pencil integration. However, even with the company's *ahem* generous $30 discount for schools, whether a significant number of educational organizations will spring for the $100 accessory in addition the the tablet itself remains to be seen. 3 Apps: Apple's updated iPad isn't the only thing rolling out added support for the Pencil. The company's iWork Suite -- specifically, the Pages, Numbers and Keynote apps -- will now support the peripheral as well. Microsoft Office Suite and Notability should also now work with the Pencil if you'd prefer not to use Apple's in-house tools. $50: Given that the Apple Pencil costs roughly a third of what the tablet it works with does, some schools may balk at buying them en masse. But that's where Crayola's new stylus comes in. Rather than a Pencil, the company announced it is releasing a digital crayon for use with the iPad as well. This peripheral will cost half of what the Pencil does, though we've yet to learn whether the crayon will offer the same writing fidelity as its branded alternative. 1 extra layer of reality: AR and VR, like the children, are our future whether we like it or not. As such Apple has announced that it will be integrating an AR module into Swift Playgrounds, its coding app for kids. 4 artistic fields: Despite being a corporate juggernaut, Apple has taken a surprisingly humane stance towards art education. Building off of its existing Everyone Can Code initiative, the company announced on Tuesday that it will be integrating drawing, music, filmmaking and photography applications into existing lesson plans through its Everyone Can Create program. The system is slated to go live this fall, just in time for the new school year.

All products recommended by Engadget are selected by our editorial team, independent of our parent company. Some of our stories include affiliate links. If you buy something through one of these links, we may earn an affiliate commission. All prices are correct at the time of publishing.
Apple's 'Field Trip' education iPad event by the numbers
apple
applefieldtrip
column
gadgetry
gadgets
gear
personal computing
personalcomputing