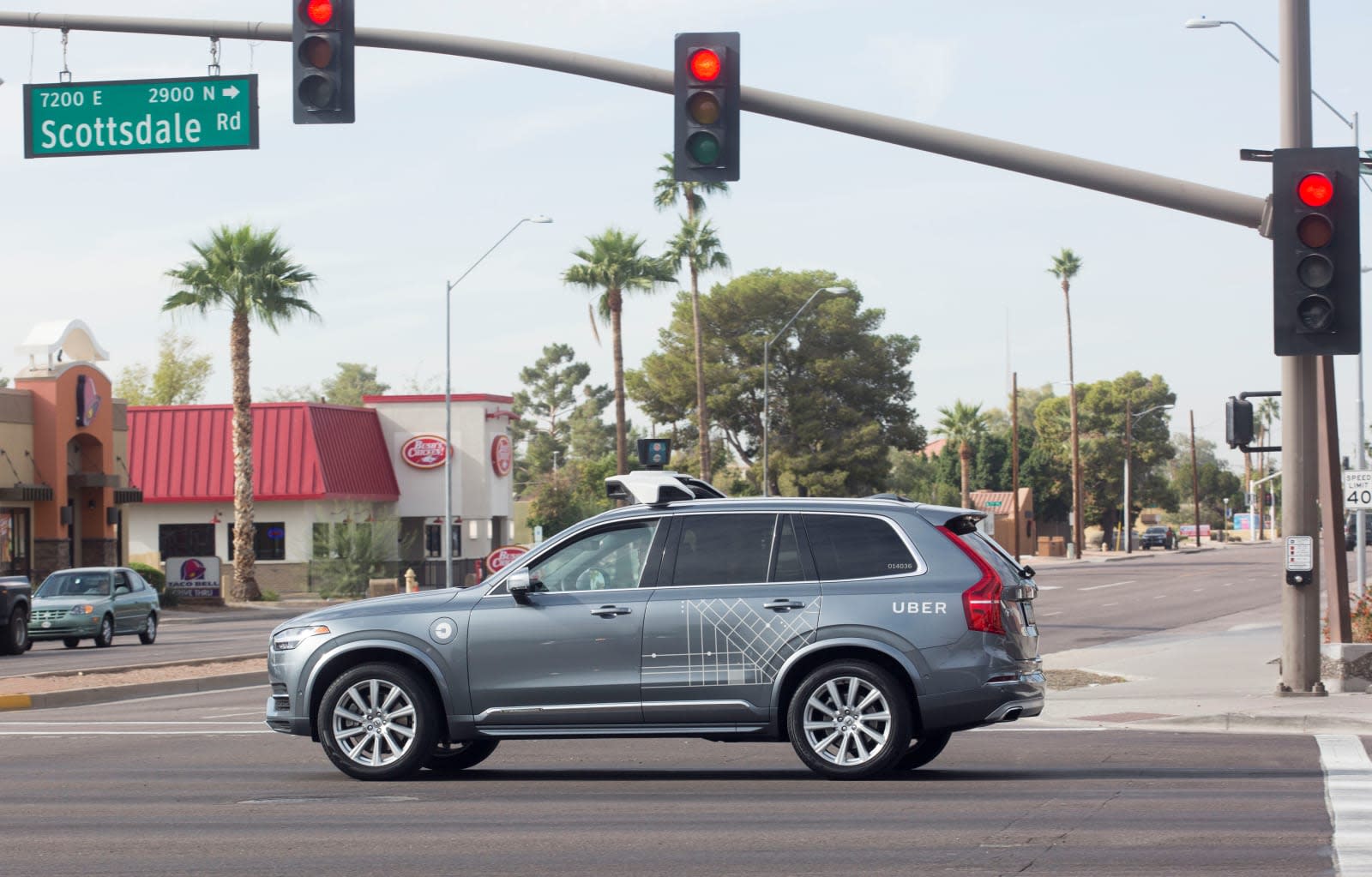 Uber put its autonomous vehicle testing on hold following a fatal accident involving one of its cars in Tempe, Arizona. But the company now plans to resume testing in Pittsburgh and maybe San Francisco in August, according to The Information. Additionally, Uber told its employees that it will put into place 16 safety recommendations that were proposed by an internal team. The company said in a statement last month that it had been working closely with the National Transportation Safety Board as it reviewed its safety practices and it also hired former NTSB Chairman Christopher Hart to advise its safety efforts.

Among the changes to be implemented are a set of emergency braking features that will back up the main self-driving system -- an issue the NTSB brought up in its report -- and the company also plans to reinstate its use of a second safety rider. Previously, the company had both a safety driver and another passenger in the self-driving cars it was testing, but it ended the practice of including a second person last year. A report released by the Temple Police Department last week noted that the driver of the vehicle that struck and killed a pedestrian was watching Hulu around the time of the accident.

Uber will also put a greater emphasis on self-driving simulations, tweak the way it evaluates its employees' performances and publish information about its work publicly. Further, The Information reports that the company has undone the changes it introduced to its software that led to its autonomous vehicles ignoring some road objects.

Uber has shut down its testing in Arizona and last month Pittsburgh's mayor said the company would have to agree to some conditions before the city would allow it to revive its self-driving tests. Mayor William Peduto said the cars would have to drive no faster than 25 mph when operating autonomously and when humans were in control, Uber's app would have to alert drivers when they were exceeding speed limits.

In this article: accident, arizona, AutonomousVehicles, gear, pittsburgh, safety, Self-drivingCar, transportation, uber
All products recommended by Engadget are selected by our editorial team, independent of our parent company. Some of our stories include affiliate links. If you buy something through one of these links, we may earn an affiliate commission.