Welcome to your weekend! Before looking back at some highlights from the last few days, we'll explain how Elon Musk plans to move on from his shocking Tesla tweet, give you a preview of IFA 2018 and drop in more news from Gamescom.

420.Elon Musk confirms he will not make Tesla a privately owned company Remember a couple of weeks ago when Elon Musk, out of the blue, tweeted that he had "funding secured" and would consider taking his car company private at a price of $420 per share? Well, you can forget it, because late Friday night the billionaire announced that Tesla will remain a publicly traded company for now.

Musk wrote: "We've shown that we can make great sustainable energy products, and we now need to show that we can be sustainably profitable. With all the progress we've made on Model 3, we're positioned to do this, and that's what the team and I are going to be putting all of our efforts toward."

And what not to expect.What to expect at IFA 2018 Of all the annual meetings of tech-obsessed minds, IFA is perhaps the most unpredictable. You know everyone and their mother is going to CES to set the tone for the year, and MWC is all things mobile. At IFA, though, you never quite know what surprises lurk behind the floor-to-ceiling displays of kitchen appliances that dominate the halls of the sprawling Messe Berlin conference center. The Magic Leap One Creator Edition isn't quite a consumer-facing device -- instead, it comes bundled with several 'preview experiences' meant to inspire folks who want to make their own apps for the device's mixed reality OS. Now that the community's had a bit of time with the headset, iFixit has torn one apart, giving us an inside look at the device that's been a big mystery.

We always knew it was true.It's official: Playing as Oddjob in 'GoldenEye' was cheating 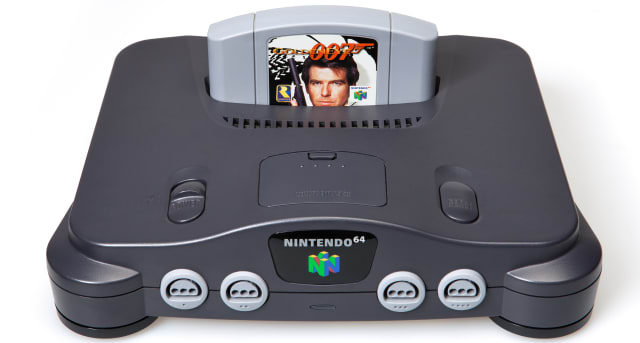 The concept here is 'Our World, My Story.'How 'Anthem' balances story and shared-world action Despite its extensive showing at E3, we know very little about Bioware's blockbuster RPG Anthem. At Gamescom 2018, director Jon Warner revealed some additional details about how the Fort Tarsis story hub works, and what players can expect when jumping in and out of each other's missions.