It's Tuesday, and we're testing out new Siri Shortcuts on iOS 12 (you've updated, right?), getting all the details on Audi's high-tech SUV and rejoicing that Twitter plans to revive the purely chronological timeline.

If you have to ask how much it costs, you can't afford the trip.
SpaceX reveals identity of the world's first lunar space tourist When the Big Falcon Rocket (BFR) launches in 2023, Japanese billionaire Yusaku Maezawa will go on a five-day expedition with six to eight artists -- from architects and musicians to fashion designers and visual-media creators -- selected from around the globe. The BFR is expected to be ready for ground testing at some point in 2019. Musk believes the first uncrewed BFR flight to Mars will take place as early as 2022 while crewed flights should start two years after that.

Apple's most important digital wellness feature may be reducing swipes and taps.
Making the most of iOS 12's Siri Shortcuts So, you got your iOS 12 update. Now, download Apple's Shortcuts app. Annoyingly, the new Siri shortcuts feature requires a new app to make the magic happen, but this could be the biggest feature for the new iOS. Not only will it use notifications to suggest actions, such as returning a missed FaceTime call or turning on Do Not Disturb before a meeting on your calendar, but you can also use the brand-new Shortcuts app to create your own customized Siri-based triggers for third-party apps. Siri's involved, so you can do all this through voice commands or tapping through the Shortcuts app. We've outlined the best bits so far.

The SUV has more tech than the US law allows.
Audi rips the camouflage off its E-Tron electric SUV Audi finally took the wraps off its E-Tron pure electric SUV. Starting at $74,800, the E-Tron is clearly aimed at those also considering the Jaguar I-Pace (starting at $69,500) and Tesla Model X (starting at $79,500). You know, people with lots of money. One of the coolest new features is the E-Tron's braking system. On the new Audi, there are two braking systems: The typical friction-based system that uses brake pads pressed against rotors to slow the vehicle down, and an electronic system that uses the two motors to slow the car down. Audi says that in 90 percent of typical driving, the electronic system will slow the car without the friction brakes.

Wait, are we getting a feature we actually asked for?
Twitter will revive the purely chronological timeline

Every social media app wants to massage your feed to push its algorithmically preferred posts. But Twitter has announced it's changing course. Effective immediately, opting out of its Show the best Tweets first feature will also eliminate In case you missed it roundups and suggested tweets from people you don't follow. Coming soon is an easily accessed switch to let users see just the most recent tweets from people they follow in reverse chronological order.

Way to get what you hoped for.
British cave diver sues Elon Musk over 'pedo guy' comments "Elon Musk falsely accused Vern Unsworth of being guilty of heinous crimes," Unsworth's lawyer said in a statement. In his lawsuit, Unsworth denies all of Musk's accusations. "Apparently angered by Mr. Unsworth's criticism of his Tube in the CNN interview, Musk embarked on a PR campaign to destroy Mr. Unsworth's reputation by publishing false and heinous accusations of criminality against him to the public," says the complaint.

A microwave, a subwoofer and an in-car gadget are reportedly on the way.
Amazon might launch eight Alexa devices this fall

Amazon is ready to drop a whole slew of new Alexa devices, and they sound interesting. CNBC reports that at least eight new devices, including a microwave oven, an amplifier, a subwoofer and some sort of in-car gadget are set to be released before the end of the year. Naturally, Alexa will be along for the ride, and we won't have to wait long: The devices will apparently be revealed in just a few weeks. 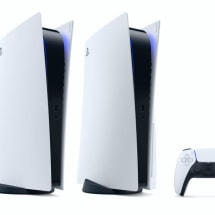