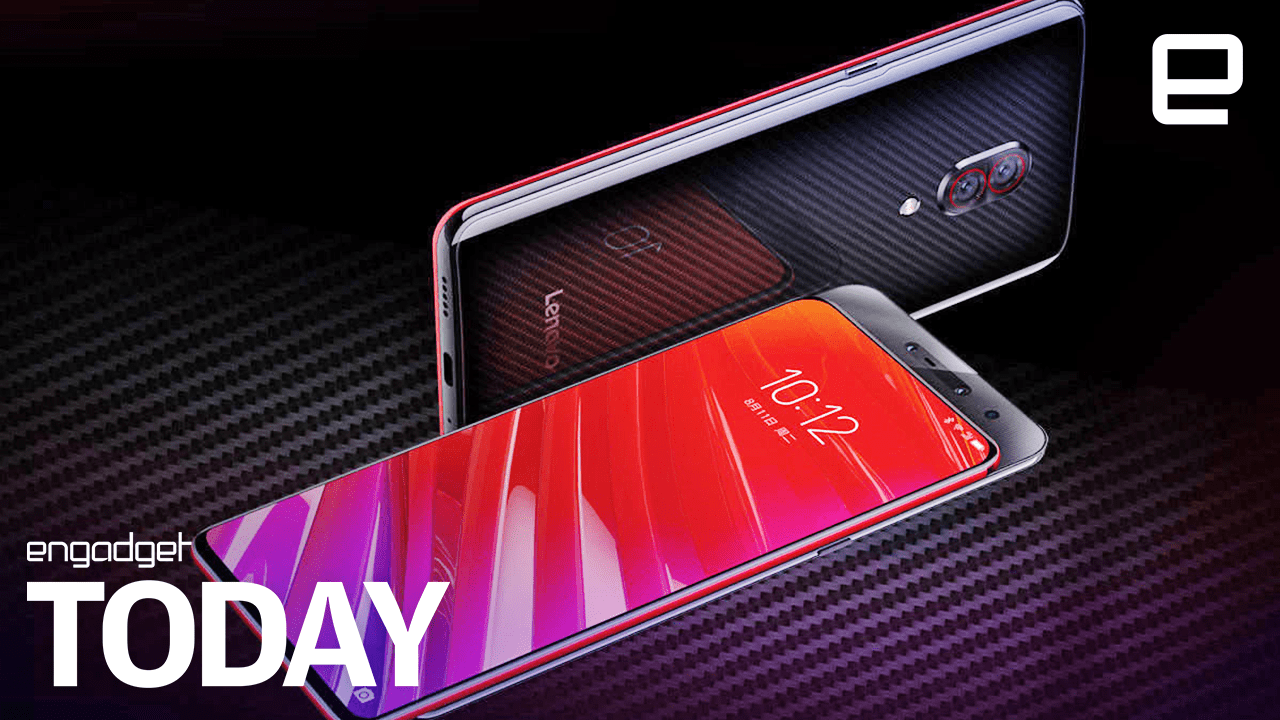 While Lenovo continues to push the Motorola brand in the West, it's also been busy doing its own thing back in China. Just last month, the company brought us the Z5 Pro all-screen slider phone which, to our surprise, packed mid-tier specs to woo the budget-conscious consumers. That's all well and good, but surely such a special form factor deserves the best specs available, right? This is where the new Z5 Pro GT comes in.

Announced at the Beijing event today, this new Android phone comes loaded with up to 12GB of RAM -- a new record for smartphones -- along with up to 512GB of storage. It's also the second smartphone confirmed to feature Qualcomm's latest Snapdragon 855 chipset, though unlike OnePlus' yet-to-be-named flagship device, Lenovo's slider won't be packing 5G radio. 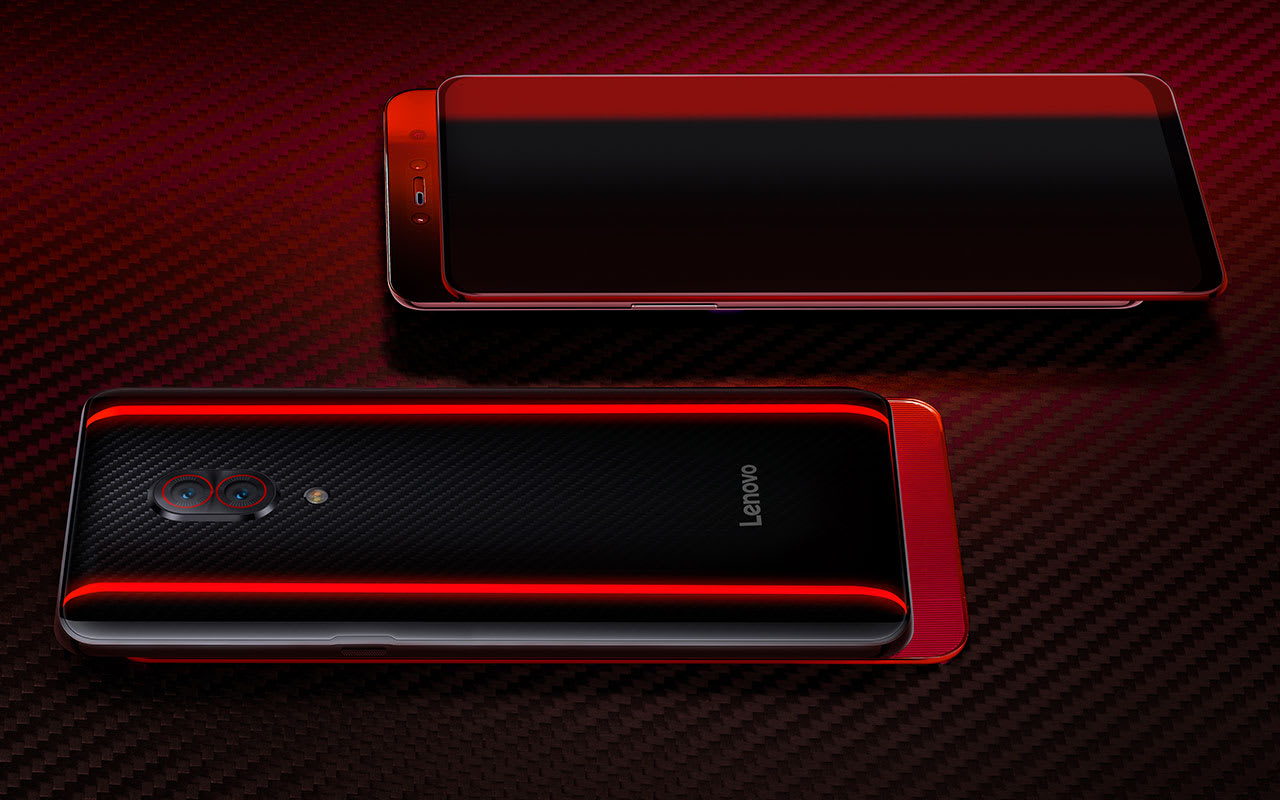 While the Z5 Pro GT and Z5 Pro look identical from afar, the former stands out with a red metallic frame around the screen, red rims around both main cameras, plus a carbon fibre pattern beneath the glass on the back. The rest is basically the same as before: You get a 6.39-inch 2,340 x 1,080 AMOLED display, a 16MP + 24MP dual rear cameras, 16MP + 8MP (infrared) front cameras, 3,350mAh battery, NFC, dual nano SIM slots and a 3.5mm headphone jack dongle for the USB-C port.

Sadly, this also includes the awkward placement of the earpiece between the front cameras, which forces you to slide the screen down for phone calls. Worse yet, the lack of some US-friendly LTE bands means this phone is out of the question for a good majority of our readers, unless Lenovo has plans to bring it to the States later on (which is very unlikely). 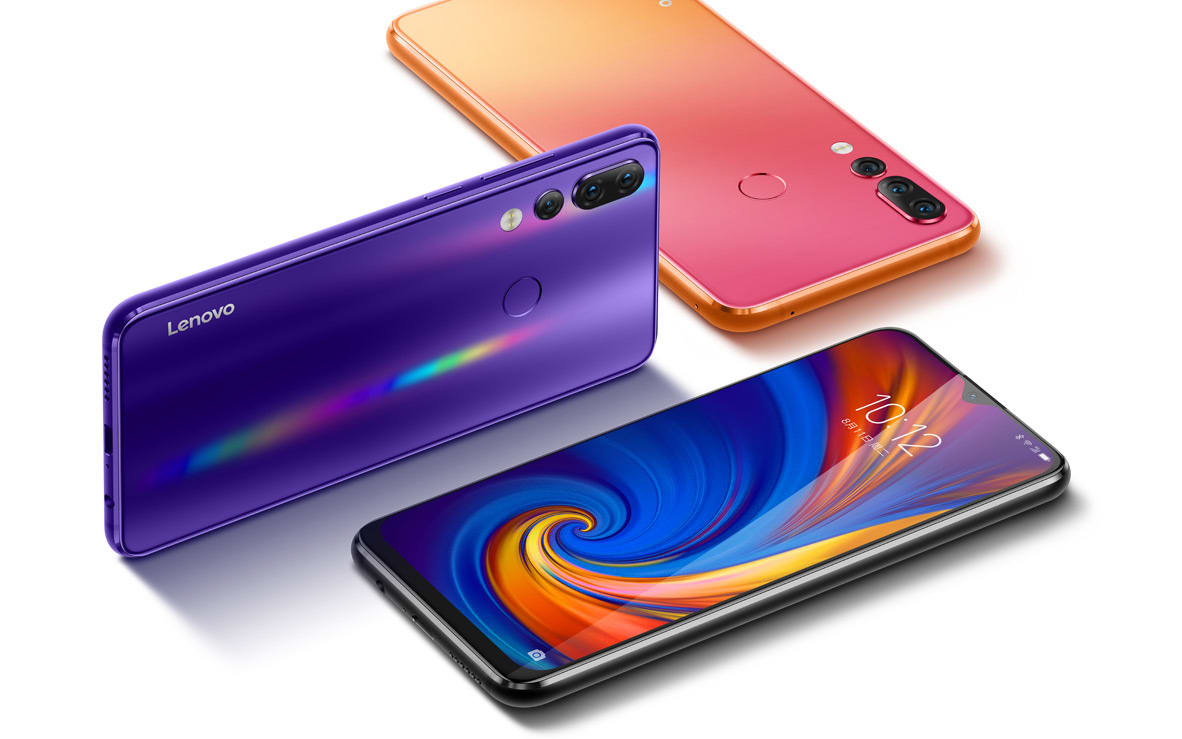 Announced alongside the Z5 Pro GT is the cheaper Z5s, which is sadly an obvious rip-off of Huawei's P20 Pro -- especially its over-all size and triple camera layout on the back. The difference? Its fingerprint reader is on the back, it has a 6.3-inch 1080p LCD instead of OLED, and it went with a smaller "water drop" notch.

It's been a rough ride for Lenovo's mobile division. The company went from being one of the top smartphone vendors in China in 2014 to a no-namer in recent rankings. It'll be interesting to see whether Lenovo's latest mobile strategy will help it regain ground back at home. We've already seen the likes of Xiaomi and Honor releasing their own all-screen sliders over there recently, whereas Vivo shifted from a pop-up front camera to a dual-screen phone in order to keep its all-screen design. While both types of form factor have yet to prove themselves, it goes to show that Lenovo needs to do more to impress consumers, so here's hoping that it has more tricks up its sleeve.

Via: Engadget Chinese
In this article: 12gb, AOLoriginals, china, DailyShow, Engadget, EngadgetToday, EngadgetVideo, Entertainment, gear, lenovo, mobile, slider, sliderphone, smartphone, snapdragon855, z5pro, z5progt, z5s
All products recommended by Engadget are selected by our editorial team, independent of our parent company. Some of our stories include affiliate links. If you buy something through one of these links, we may earn an affiliate commission.