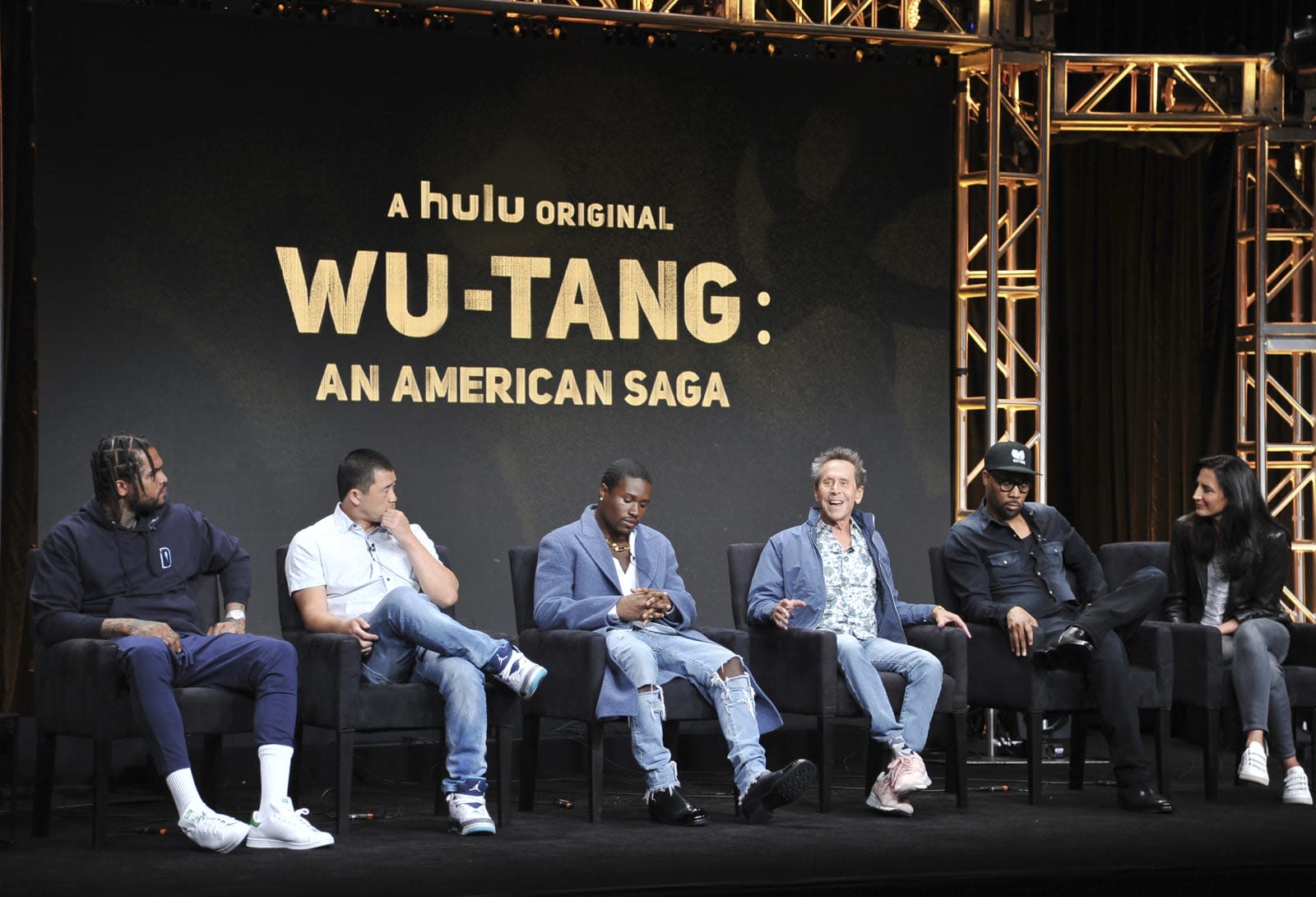 Along with a season four renewal for its biggest hit to date, The Handmaid's Tale, Hulu had plenty to reveal about its programming slate at the Television Critics Association summer press tour. Among the announcements was a premiere date for Wu-Tang: An American Saga. It'll tell the true story of legendary hip-hop group the Wu-Tang Clan from their New York beginnings in the early '90s. Three episodes premiere on September 4th, with another arriving every week for the 10-episode run.

Hulu confirmed Marvel's Runaways will return for its third season on December 13th, when the entire season will drop. Other premiere dates include those for comedy series Dollface starring Kat Dennings (November 15th), revenge drama Reprisal (December 6th) and Looking for Alaska, which is based on John Green's bestselling novel (October 18th).

Amy Schumer will star in and produce a half-hour comedy series called Love, Beth. She also created the show, which should debut late next year. As part of its move into food-related content, Hulu also announced an untitled series with Top Chef host Padma Lakshmi. It'll showcase "culinary traditions from the first Americans to the latest arrivals alongside Padma's perspectives and personal connection to each story."

Elsewhere, Hulu revealed two-time Academy Award winner and future Marvel superhero Mahershala Ali will have a guest role in the terrific comedy series Ramy. The second season is set to arrive next year.

In this article: amy schumer, amyschumer, av, dollface, entertainment, hulu, looking for alaska, lookingforalaska, love beth, lovebeth, mahershala ali, mahershalaali, marvels runaways, marvelsrunaways, padma lakshmi, padmalakshmi, ramy, reprisal, runaways, wu-tang an american saga, wu-tang clan, wutanganamericansaga, wutangclan
All products recommended by Engadget are selected by our editorial team, independent of our parent company. Some of our stories include affiliate links. If you buy something through one of these links, we may earn an affiliate commission.