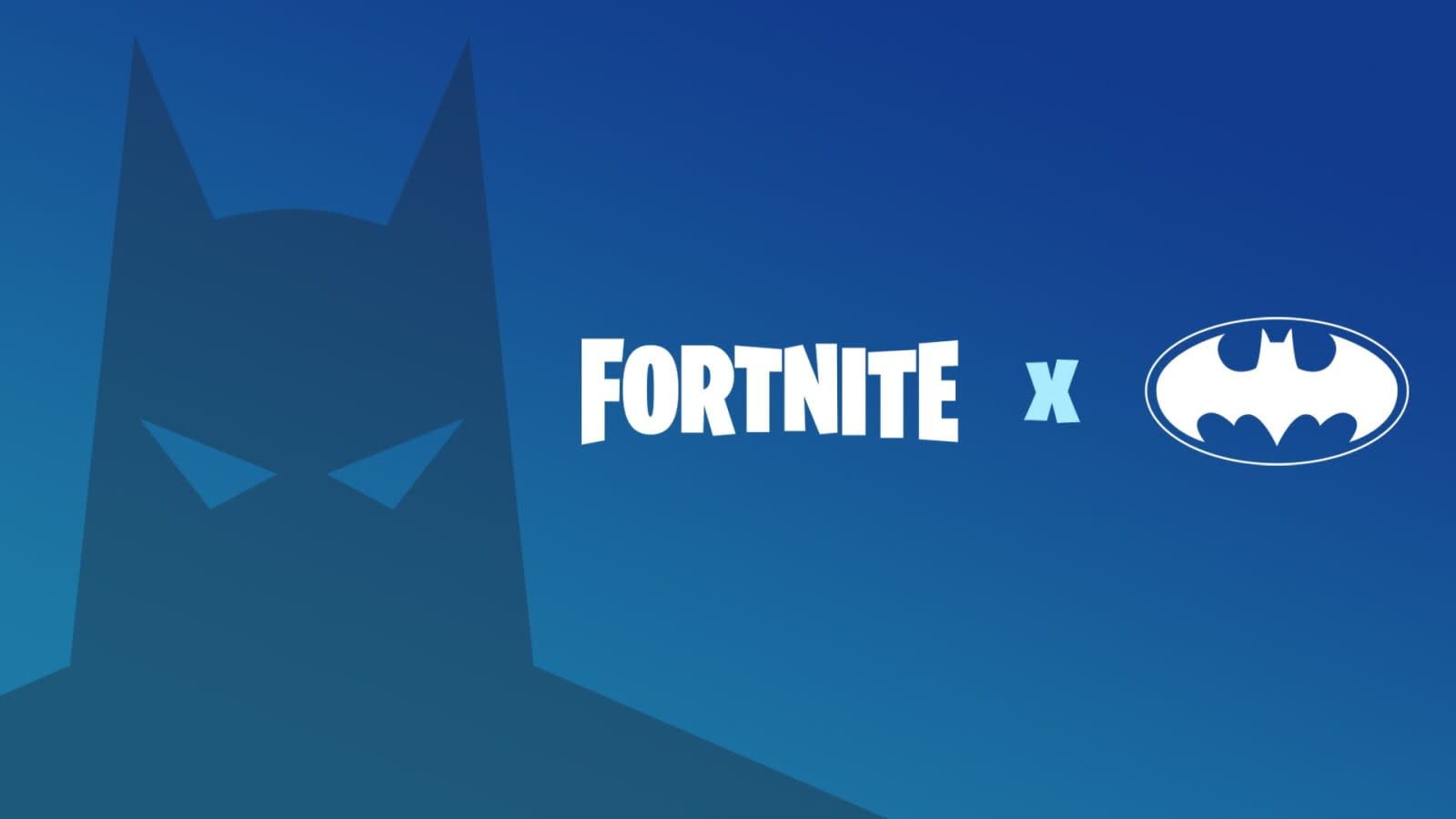 Batman Day, an event to mark the Caped Crusader's 80th anniversary, takes place this Saturday. Epic Games is getting in on the fun by bringing aspects of the iconic superhero's world into Fortnite.

Data miners found a ton of Batman-related items in this week's Fortnite update, so you should expect to see plenty of Batman-related items, such as skins, gliders (a Batcape, perhaps?), emotes and maybe even Gotham City itself. Epic will reveal more details about the crossover in a live stream at 8AM ET Saturday, which you can watch below.

Fortnite has had a number of other crossovers, including with The Avengers, Borderlands 3, Stranger Things, John Wick and the NFL. So, Batman is just the latest big name to make his way to the colossally successful battle royale.

That's not all when it comes to Epic's celebration of the Dark Knight, though. It's offering six Batman games for free through the Epic Games Store this week. The include the Arkham Collection (the remastered Arkham Asylum and Arkham City, along with Arkham Knight) and three Lego Batman titles: the original game, DC Super Heroes and Beyond Gotham.

In this article: av, batman, battle royale, battleroyale, epic games, epic games store, epicgames, epicgamesstore, fortnite, gaming, superhero
All products recommended by Engadget are selected by our editorial team, independent of our parent company. Some of our stories include affiliate links. If you buy something through one of these links, we may earn an affiliate commission.