We already expect the consoles themselves to be popular gifts this holiday season.

By their very nature, Nintendo's Switch and Switch Lite leave room for improvement through accessories. They're not only giant boxes sitting underneath TVs but also devices gamers can conceivably take everywhere. So it's no surprise there's been a huge market of third-party peripherals, as we've seen with every other portable gadget. And let's face it, someone had to fix the glaring feature omissions in both consoles, like their lack of Bluetooth headphone support. If you have a Switch owner in your life, an accessory or two could make the perfect holiday gift.

As much as we love the original Switch, its directional pad leaves much to be desired. Nintendo wanted to let Switch owners play local multiplayer games with both Joy-Cons, but to do so, it also had to mirror the four buttons on the face of each controller. So instead of having Nintendo's traditional cross-shaped D-pad, players are forced to replicate that functionality with four disconnected buttons. What a mess!

You don't need to find a 3D printer or upgrade to the Switch Lite to fix that problem though. Instead, we recommend Hori's D-pad controller ($17, above), which features the directional pad we know and love. It's only usable while directly connected to the Switch, but we've found it to be an essential add-on for 2D platformers. It's also one of the few third-party controllers that's officially licensed by Nintendo, so it's higher quality than similar offerings you'd find on Amazon.

If you want to help a Switch owner relive the glory days of the GameCube, you could also pick up an adapter for that console's controllers. Nintendo's official option costs $100 and isn't always in stock, but there are also much cheaper alternatives like Y Team's $11 version. At that price, you also have room to add a wired GameCube controller from Hori ($16) or another third party. (Or even better, pick up a used one from a brick-and-mortar gaming store.) If you'd prefer something untethered, 8BitDo's GBros. adapter ($20) connects to the Switch wirelessly and supports a single wired GameCube controller.

On the pricier end, there's 8BitDo's Sn30 Pro+ ($50), which looks like an evolved SNES gamepad. It has a traditional D-pad, sturdy analog sticks and nostalgia-inducing face buttons. Even better, it can also connect to PCs and other devices that recognize Bluetooth controllers, so it's not limited to the Switch. Naturally, Nintendo's own Switch Pro controller ($63) is a solid premium option. It looks more like the controllers you'd find on modern consoles, and it has a great directional pad as well.

Nintendo dropped the ball by not including Bluetooth headphone support on the Switch and Switch Lite, but that's easily fixable. HomeSpot's Bluetooth adapter ($40) lets you connect two pairs of wireless headphones to the Switch -- perfect for co-op play -- and it's slim enough to take on the go. To be fair, Nintendo at least made some effort to fix the Switch's audio problems by adding support for wireless headphones with USB dongles. The only problem is it's tough to tell which headphones are actually supported.

SteelSeries' Arctis 1 Wireless ($100) was developed with the Switch in mind, so you can rest assured it'll work without any issues. Its custom wireless adapter offers better sound than Bluetooth, and you can also connect it to gaming PCs or Android phones.

While you might be tempted to pick up a portable Switch dock as a gift, we recommend not doing that. Since the console's launch, Switch owners have reported that third-party docks sometimes brick their systems. While not everyone sees those issues, it's widespread enough that it's simply not worth tempting fate. You don't want someone to blame you for killing their Switch, right? Nintendo's official Switch dock is still the best option for connecting the system to your TV, but good luck finding one. They're rarely in stock, and when they do show up, they're either refurbished or very expensive, like this Amazon listing ($98). (Note: The Switch Lite can't output video from any docks.)

A small USB-C power adapter like Anker's ($37) is a far better gift option, since there's less of a chance it'll kill your recipient's console. Power is a tricky thing these days, but in our experience Anker's devices are pretty trustworthy. This adapter can also be used to charge up USB-C laptops and tablets, so it's a useful tool for any geek's arsenal. For gaming on the go, Anker's PowerCore 10000 PD battery pack ($46) can fully recharge the console twice.

While the Switch supports cartridges, it's far more convenient to download games to a microSD card. Most generic cards will work with the system, but Samsung's EVO Select line offers a good balance of speed, reliability and affordability. We recommend going as big as you can: The 512GB version ($78) will keep Switch owners satisfied for some time, while the 256GB card ($38) might make more sense for casual players. 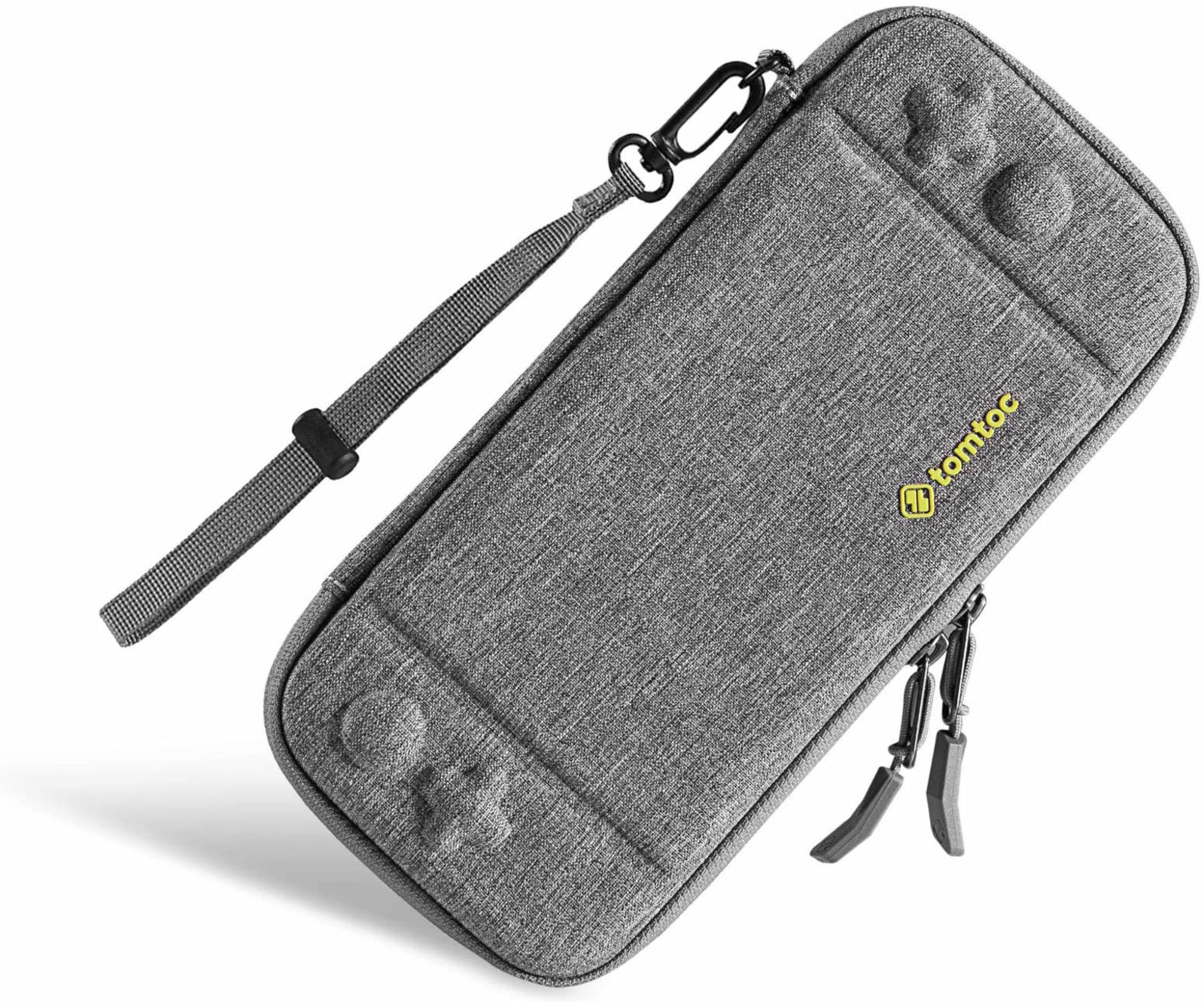 There's a good chance most Switch owners will already have a case they like, but even they'd welcome something like the Hestia Goods case ($10). It has enough room to fit the Switch or Switch Lite along with a few games and other accessories. For something a bit sleeker, there's TomToc's slim Switch ($20) and Switch Lite ($19) cases. Nintendo's official Switch Lite case ($20) is a great option too, and it also comes with a screen protector.

All products recommended by Engadget are selected by our editorial team, independent of our parent company. Some of our stories include affiliate links. If you buy something through one of these links, we may earn an affiliate commission. All prices are correct at the time of publishing.
View All Comments
The best Nintendo Switch and Switch Lite accessories
gadgetry
gadgets
gaming
gear
hgg2019
nintendo
Switch
Switch Lite
thebuyersguide