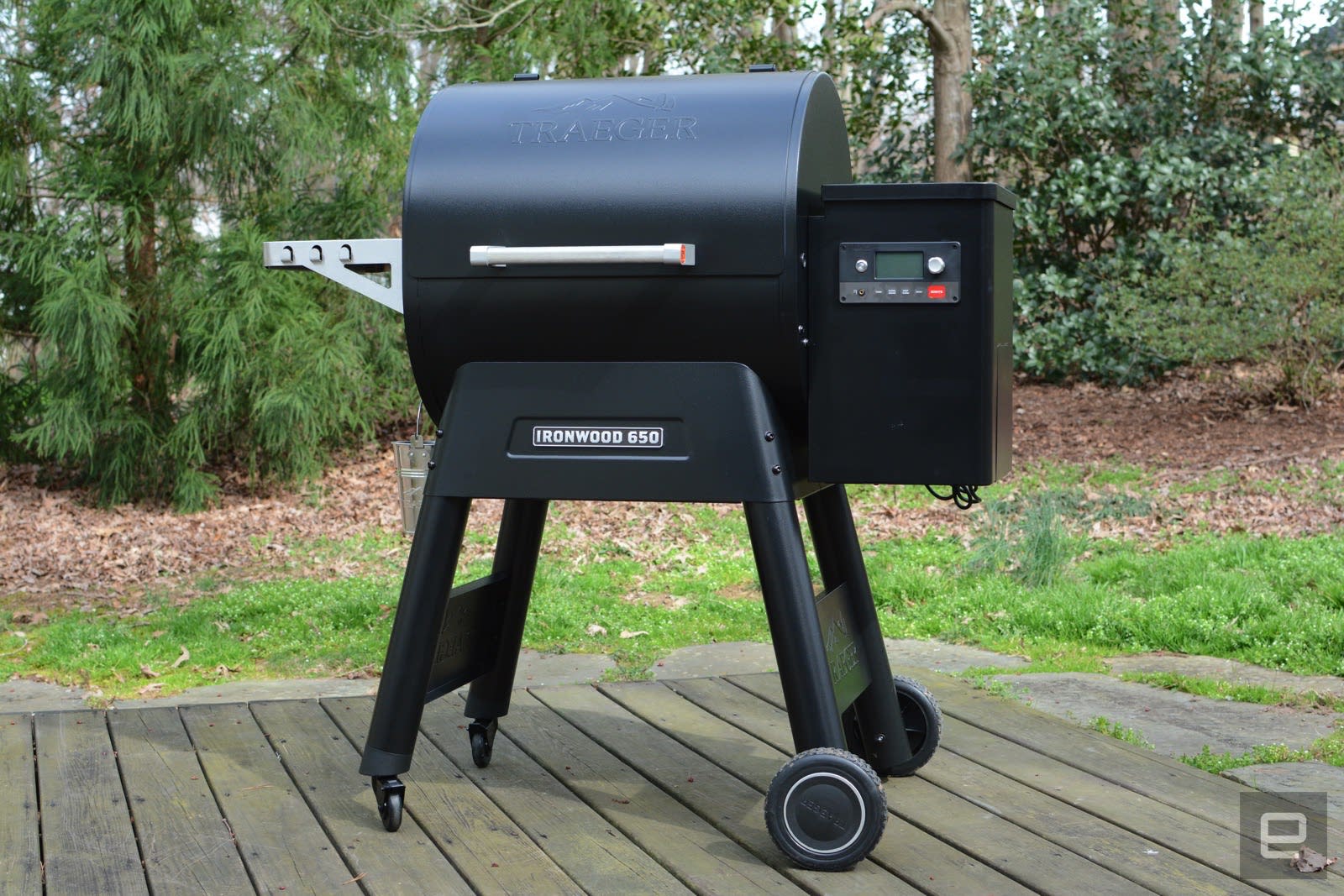 Traeger's WiFi-enabled grills have a lot of handy features that are made possible through wireless connectivity. You can control or monitor the temperature and more remotely, so you don't have to venture outside unless you want to visually inspect your progress. Today, Traeger is taking the connectivity tools a step further by adding voice control through Alexa to its WiFire-equipped grills.

You can ask the virtual assistant to announce or set cooking and food probe temperatures, turn Super Smoke mode on/off, set timers and check pellet levels. That last option works with the pellet sensor Traeger announced this week, or with the 2019 Timberline Series grills that include it as a standard feature. You can also ask Alexa to shut down the grill when you're finished using it. To get started, simply install the Trager skill inside the Alexa app, then log in with your credentials for your Traeger account. Your grill will need to be on the same WiFi network as the Alexa devices for this whole system to work.

Traeger says it's the first grill company to employ Amazon's updated Alexa Cooking API the online retailer announced at its big event in September. The new version not only allows Alexa to control a wider variety of appliances, but it also expands the assistant's skill set. Since last year, Alexa could control cook time and presets for select appliances. Now, the virtual assistant can understand mode, time, temperature and doneness. It can also provide status updates, and will soon be able to tell you things like when the oven is preheated (hopefully preheating announcements come to Traeger grills as well). Scan-to-cook is part of the new API too, but the barcode feature isn't expected to be available until next year.

Traeger also offers similar voice-control abilities with Google Assistant. In fact, the list of commands is identical, you just connect your grill with the Google Home app instead. In order to take advantage of either Alexa or Assistant features on the company's grills, you'll need one that's equipped with its WiFire (WiFi) technology. That list includes the 2018 Timberline 850 or 1300, and the 2019 Pro 575, Pro 780, Ironwood 650, Ironwood 885, Timberline 850 and Timberline 1300.

In this article: alexa, alexa skill, barbecue, barbeque, bbq, food and drink, food-and-drink, foodanddrink, gear, grill, grilling, grills, home, traeger, voice control
All products recommended by Engadget are selected by our editorial team, independent of our parent company. Some of our stories include affiliate links. If you buy something through one of these links, we may earn an affiliate commission.