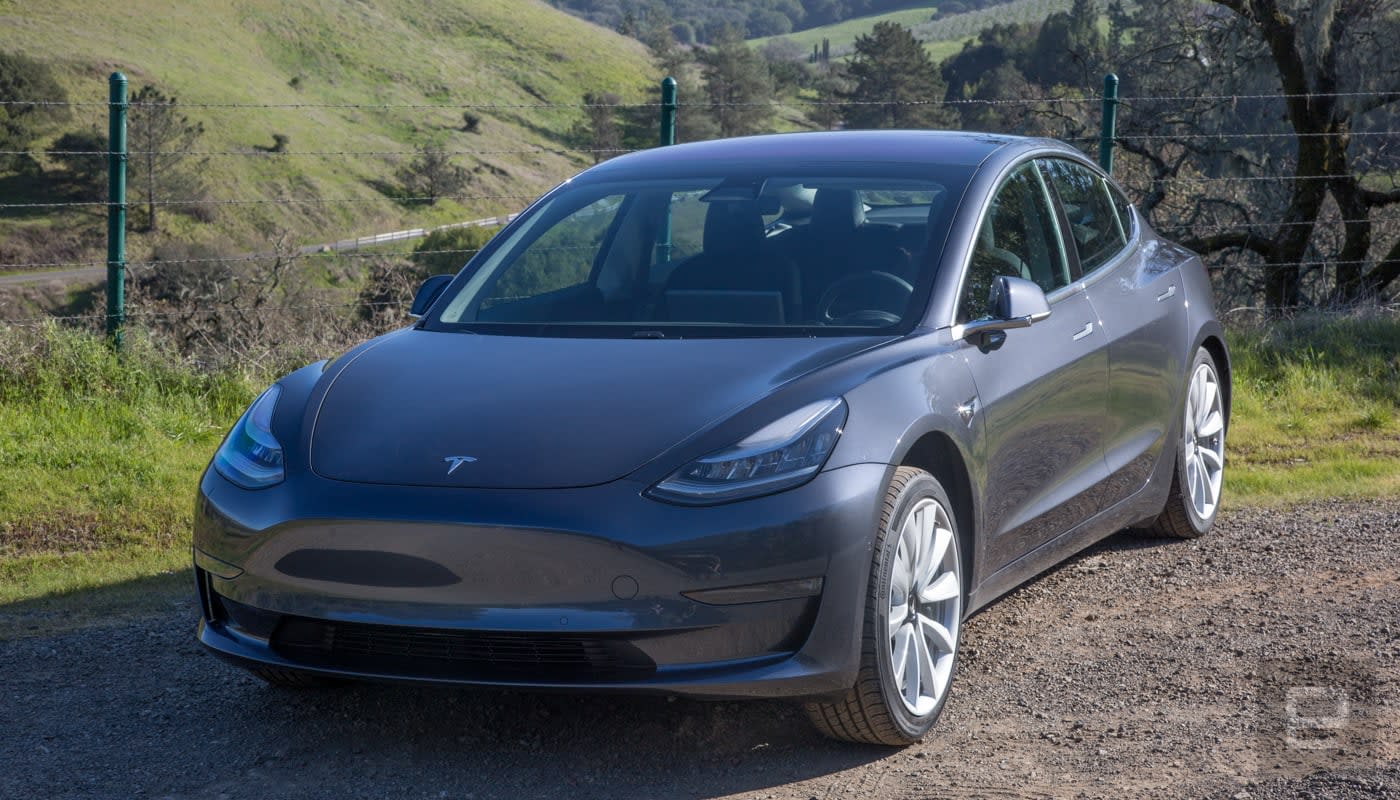 Once you're done watching episode two of The Mandalorian, you can catch up with all of Microsoft's news from X019, as well as an update on next-gen texting for Android phones. In car news, details about Ford's Mach-E have leaked ahead of its unveiling this weekend, and Tesla's sedans are back in Consumer Reports' good graces.

It's also expanding access to Canada, India, Japan and western Europe.Microsoft adds over 50 games to xCloud preview, plans launch for 2020 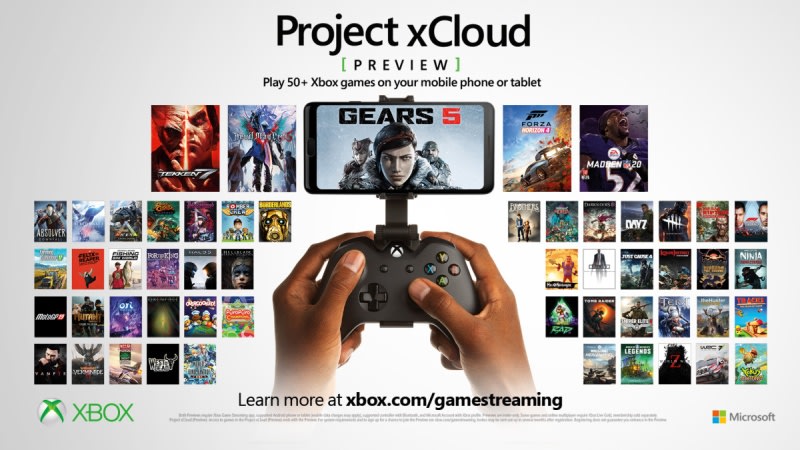 An Xbox event in the UK yesterday revealed a lot more about Microsoft's cloud gaming plans as it announced the addition of more than 50 new games to the xCloud beta test. Those include titles like Devil May Cry 5, Tekken 7 and Madden 2020. It also explained that next year, the service should work with non-Xbox Bluetooth controllers, cloud streaming for Game Pass and streaming of games that players already own or purchase later.

There are more options to choose from than just the AirPods Pro.Engadget Holiday Gift Guide: The best true wireless earbuds you can buy this holiday season 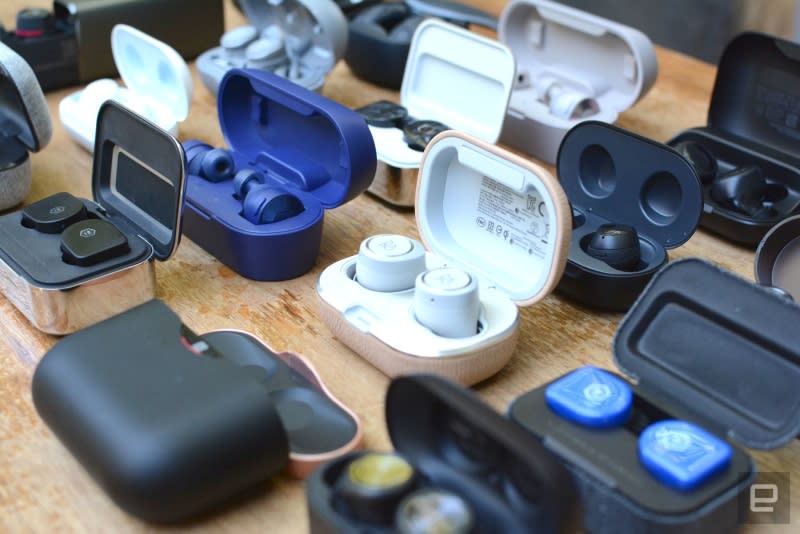 New models are popping up all the time, with refined designs, new features, improved battery life and other advancements. With no shortage of choices, though, it can be difficult to cut through the clutter to determine which ones are worth your money. We've compiled a list of the best true wireless earbuds available, along with some tips on what to look for as you shop during the holidays.

Is this a good enough alternative to iMessage?Google rolls out next-gen RCS texting to Android users in the US 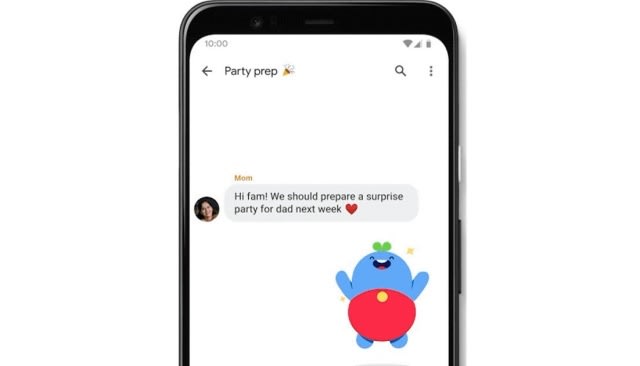 Rich Communication Services (RCS) support is rolling out to Android Messages users across the US. When it arrives, it'll prompt you to enable chat features in the app. RCS should be "broadly available" by the end of 2019, according to Google. When you have it, you'll be able to enjoy modern messaging features with high-res media, better group chats and more.

Ford's 'Mustang-inspired' electric crossover will be unveiled Sunday night, but you can find out a lot about the Mach-E right now. That's because a forum poster dug up an informational page on Ford's website that revealed trim levels, pricing, pictures and some specs for the SUV. These shots clearly show the two-door crossover in red, which is one of three exterior color options available for its limited edition model. While its Mustang inspiration seems mostly limited to the headlights and taillights, it's at least fairly sleek and imbued with the kind of performance angle Ford is clearly pursuing.

A base Select model starts at about $43k before jumping to Premium, then California Route 1, then the $59,900 limited First Edition and finally the top-of-the-line GT model,which costs about $60k. The base model has around 230 miles of EPA-estimated range, which goes up to 300 miles with an extended battery, while the sporty GT model has AWD, 235 miles of range and an expected 0 to 60 MPH time in the mid 3-second range.

Coming to Xbox Game Pass next spring.Obsidian's 'Grounded' is an ant-sized survival game set in a suburban backyard Obsidian, which Microsoft bought last year, says Grounded is a sandbox title, though it'll include environmental- and narrative-driven storytelling elements. You can explore and try to stay alive by yourself or with up to three friends in co-op multiplayer.

According to Deadline, series-owner Paramount has signed a one-time licensing deal with Netflix that will allow the company to produce a fourth Beverly Hills Cop movie, which will stream exclusively on its service. Both Eddie Murphy and producer Jerry Bruckheimer are on board to help with the project, and if all goes according to plan, the contract includes an option for Netflix to create a fifth movie.

The Model X didn't make the list.Tesla's Model 3 and S are (once again) recommended by 'Consumer Reports'

Tesla's Model S was added to and removed from CR's recommended list more than once in the past. It got booted from the list last year due to issues with its air suspension system, while for the Model 3 issues included braking, body trim and glass defects. Despite that, the cheaper electric sedan is now listed as the fifth most reliable car out of 12 luxury vehicles.

In this article: av, entertainment, gadgetry, gadgets, gear, internet, mobile, themorningafter, transportation
All products recommended by Engadget are selected by our editorial team, independent of our parent company. Some of our stories include affiliate links. If you buy something through one of these links, we may earn an affiliate commission.