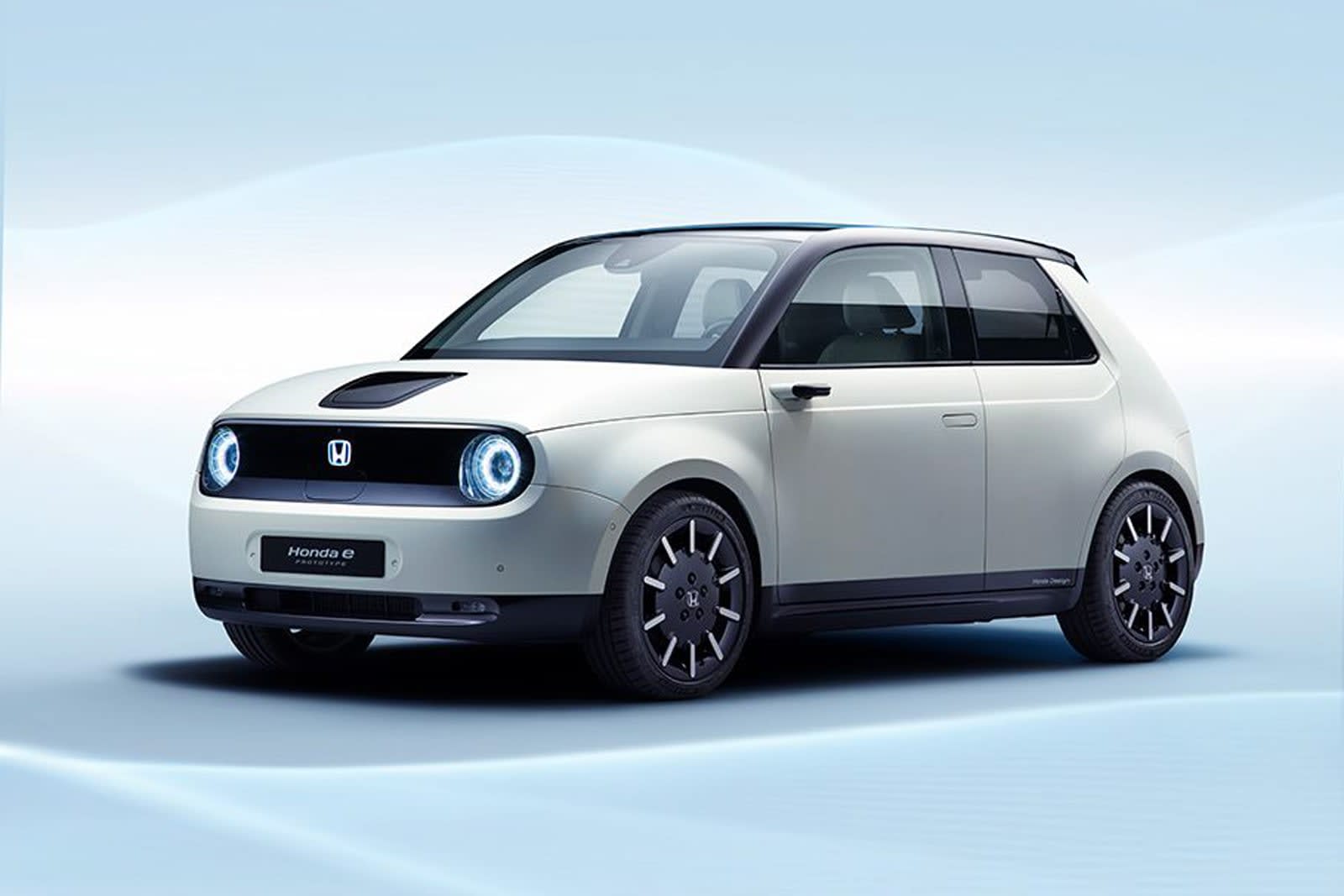 Honda's Urban EV concept is nearly ready to hit the road in earnest. As teased in January, the automaker has unveiled a Honda E Prototype that "previews" the production version of its city-oriented electric car. This refined version unsurprisingly includes less concept car flash (don't count on a display hiding in the front grill), but it's largely true to the spirit of the 2017 design with a glass-covered charging port on the front and cameras replacing the less aerodynamic rear view mirrors.

You also have a clearer idea of how well the finished car will perform. The E Prototype lives up to its urban focus with a relatively short range of "over 200km" (about 124 miles). It'll charge quickly, at least -- it should reach an 80 percent charge in 30 minutes.

The interior will be familiar thanks to an earlier peek. To recap, though, it's a mix of nostalgia with modern technology. You'll find a digital instrument cluster, an extra-wide touchscreen infotainment system and a camera-linked rear view mirror, but you'll also see physical controls for air conditioning and radio. And of course, there's plenty of faux-wood paneling.

Honda will display the E Prototype at the Geneva Motor Show on March 5th, and expects to start production later in 2019. The car is still intended primarily for Europe -- the external cameras wouldn't fly under US rules, as Audi can attest. Even with that limited launch, though, this is still a big step for a brand that until recently was focused primarily on hybrids and fuel cell vehicles.

Via: Electrek
Source: Honda News Room
In this article: electriccar, electricvehicle, ev, gear, green, honda, Honda E, hondae, hondaeprototype, tomorrow, transportation
All products recommended by Engadget are selected by our editorial team, independent of our parent company. Some of our stories include affiliate links. If you buy something through one of these links, we may earn an affiliate commission.