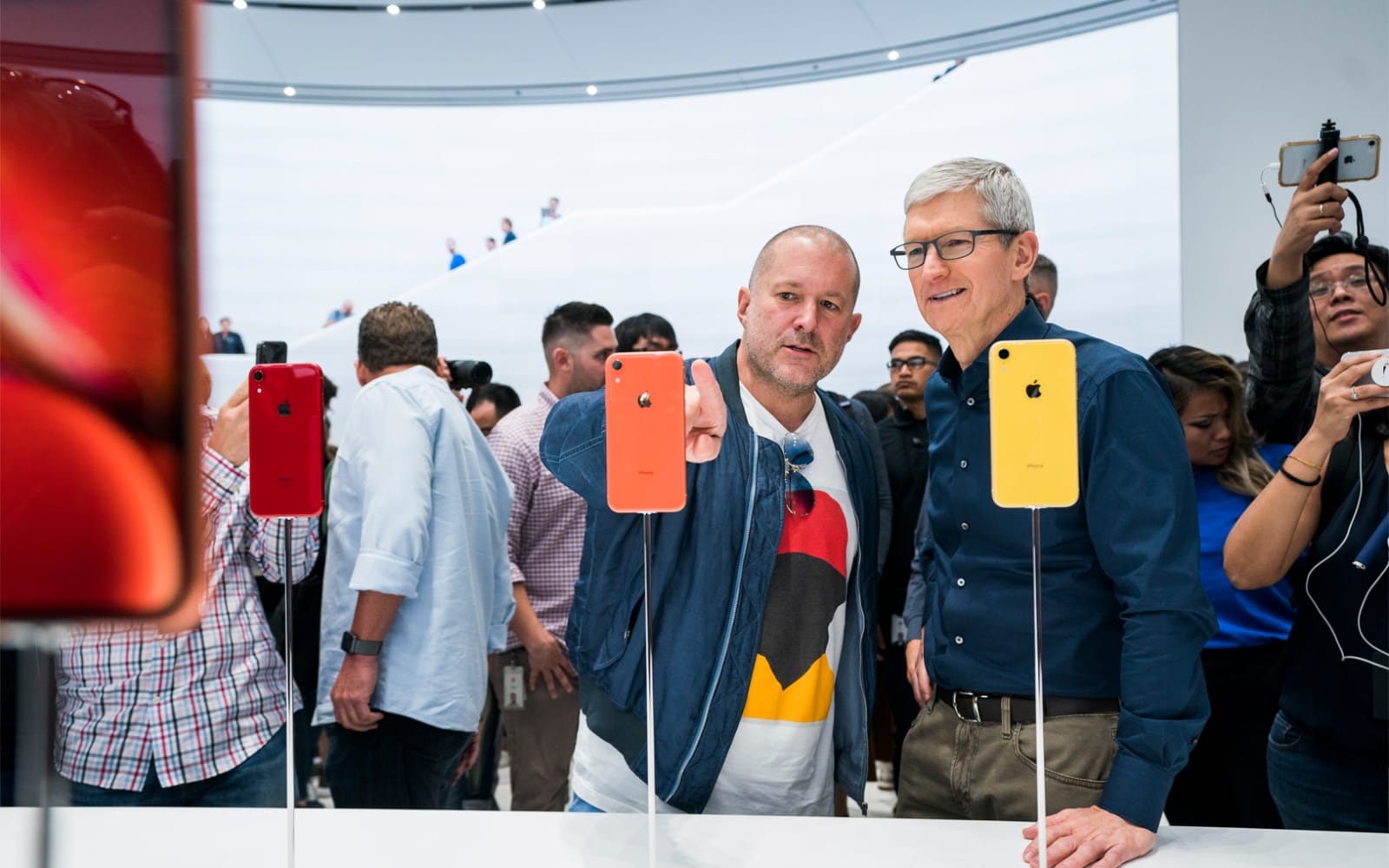 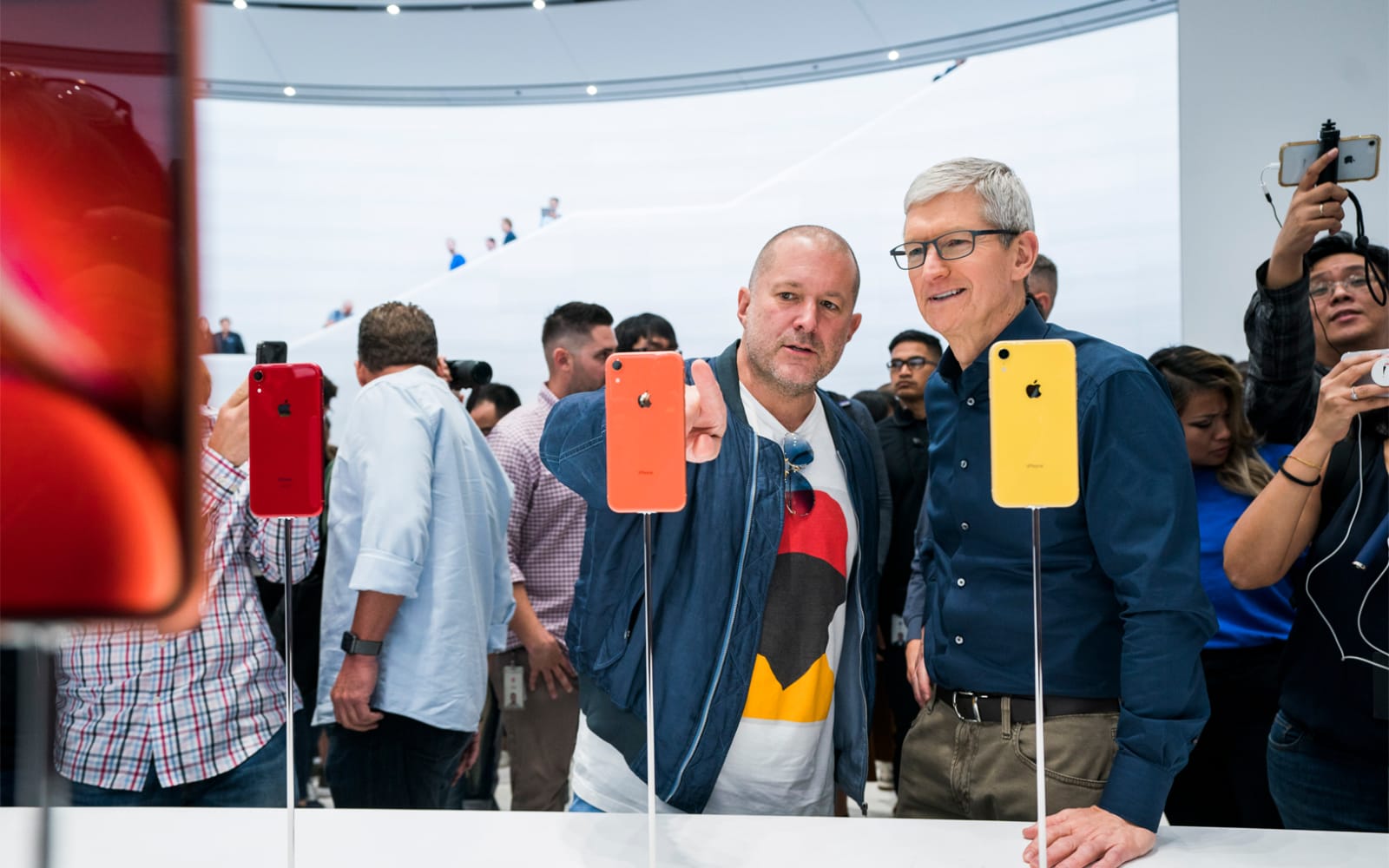 On Thursday, Apple confirmed that Jony Ive is leaving after nearly 30 years at the company. He's starting his own creative business called LoveFrom, with Apple being his first client. The news reverberated through the tech and business world like a shockwave, sending journalists and Apple pundits into a titter while the company's stock price slumped. And it's no wonder; Jony Ive was no ordinary employee. Ive has been behind some of the most iconic designs in Apple's history, helping transform a Silicon Valley has-been into one of the most successful companies in the world.

When Ive joined Apple in 1992, Apple was struggling, no longer the tech darling it once was back in the '80s. Steve Jobs had been out of the company for seven years at that point, and it had become a shell of its former self. One of Ive's first-ever projects for Apple was to design the Lindy MessagePad 110 (a follow-up to the Newton) -- he added a spring-loaded cover and integrated a stylus at the top of the device. The design ended up winning a slew of awards, and is even on display at the San Francisco Museum of Modern Art, despite the device itself being a commercial failure.

It wasn't until Jobs returned to Apple that Ive's designs really took off. Jobs appointed Ive as Apple's senior vice president of industrial design, and the two embarked on a creative partnership that would last decades. "By re-establishing the core values [Jobs] had established at the beginning, Apple again pursued a direction which was clear and different from any other company," Ive said in an interview with the Design Museum. "Design and innovation formed an important part of this new direction." 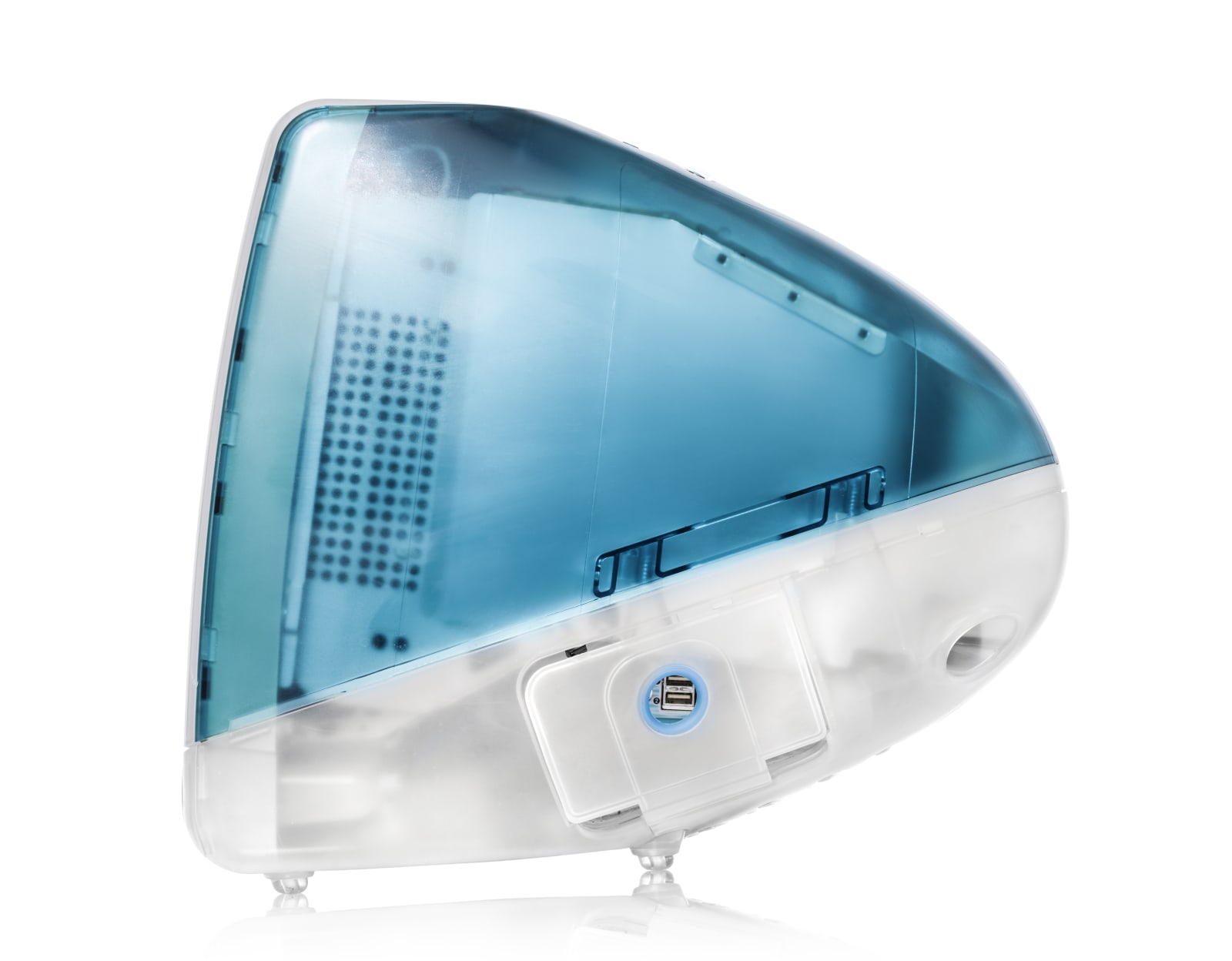 That was certainly the case with the 1998 iMac G3, which was Ive's breakout moment. Unlike the boring boxy PCs of its day, the iMac G3 was curved. Instead of beige, it came in multiple colors. (The first was "Bondi Blue," named after Australia's Bondi Beach.) You could see through it thanks to its translucent plastic. In a controversial move, it even did away with the floppy disc drive and legacy ports (sound familiar?). While some complained about that, it was a daring design that shook up the world of personal computing. Apple didn't know it at the time, but that colorful, playful iMac would help turn the company around, setting the stage for its now famous comeback.

Another big success was the design of the iPod, which was the brainchild of Steve Jobs and then-head of hardware Jon Rubinstein, along with Ive and Tony Fadell (who went on to found Nest). Ive is broadly credited with its now-iconic all-white design; even the earbuds and charging cables were white. The design was unique and unlike the mostly black and silver electronics of the day. His design team even went through great pains to design the packaging, which was a novelty in the consumer electronics industry back then. It was this attention to detail that elevated Ive at Apple, and it's why Jobs greatly valued his insight. Jobs fondly referred to Ive as his "spiritual partner" and Ive's role at Apple became more important than ever.

Apple's most impactful product, however, was the iPhone. This too, was an Ive design. Instead of a smartphone laden with the familiar keypad, Apple wanted a minimalist, elegant form factor that used a touchscreen as its main interface. The company had to get people comfortable with the idea of a phone without a keyboard or buttons, and Ive's approachable, rounded design paired perfectly with the software to help do that. No, it wasn't the first touchscreen phone on the market, but it was one of the few that was easy to use. And, just like the iPod, the iPhone revolutionized an entire industry. Apple, with the help of Ive, had done it once again. 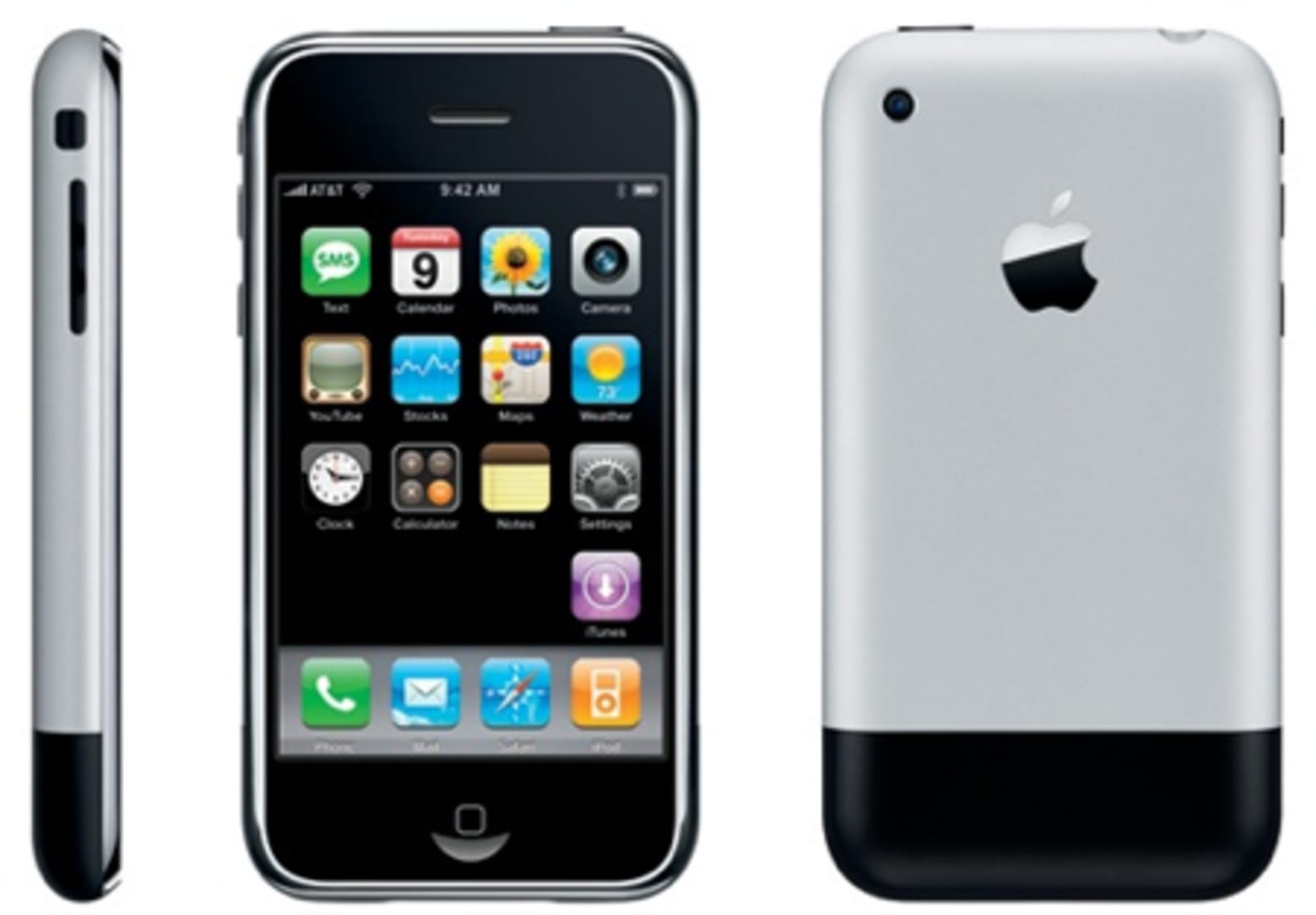 Other successes soon followed, such as the iPad, the MacBook Air, and the Apple Watch, with Ive's design aesthetic changing and evolving over the years. He was also hugely influential in Apple's software design -- Ive famously took over from Scott Forstall as the design lead for iOS in 2012 when he became the new head of Human Interface. He got rid of the tired skeuomorphic designs (where digital objects resemble their real-life counterparts) in favor of a flatter, cleaner aesthetic that still influences Apple's entire product line today. That's not to say that Ive hasn't been involved with a few commercial failures -- the iPod Hi-Fi and the PowerMac G4 Cube were beautiful flops -- but there's no doubt that Ive was instrumental in the rise of Apple as a design and tech powerhouse.

"We're surrounded by anonymous, poorly made objects," said Ive in a Time interview. "It's tempting to think it's because the people who use them don't care -- just like the people who make them. But what we've shown is that people do care. It's not just about aesthetics. They care about things that are very thoughtfully conceived and well made. We make and sell a very, very large number of (hopefully) beautiful, well-made things. Our success is a victory for purity, integrity -- for giving a damn."

When Jobs passed away in 2011, many saw Jony Ive as his spiritual successor. Even though CEO Tim Cook was now in charge, Ive, it seemed, was still leading the way in terms of product design and overall vision. For a company that built its reputation on design, it's no surprise that Ive had such a powerful role within it. 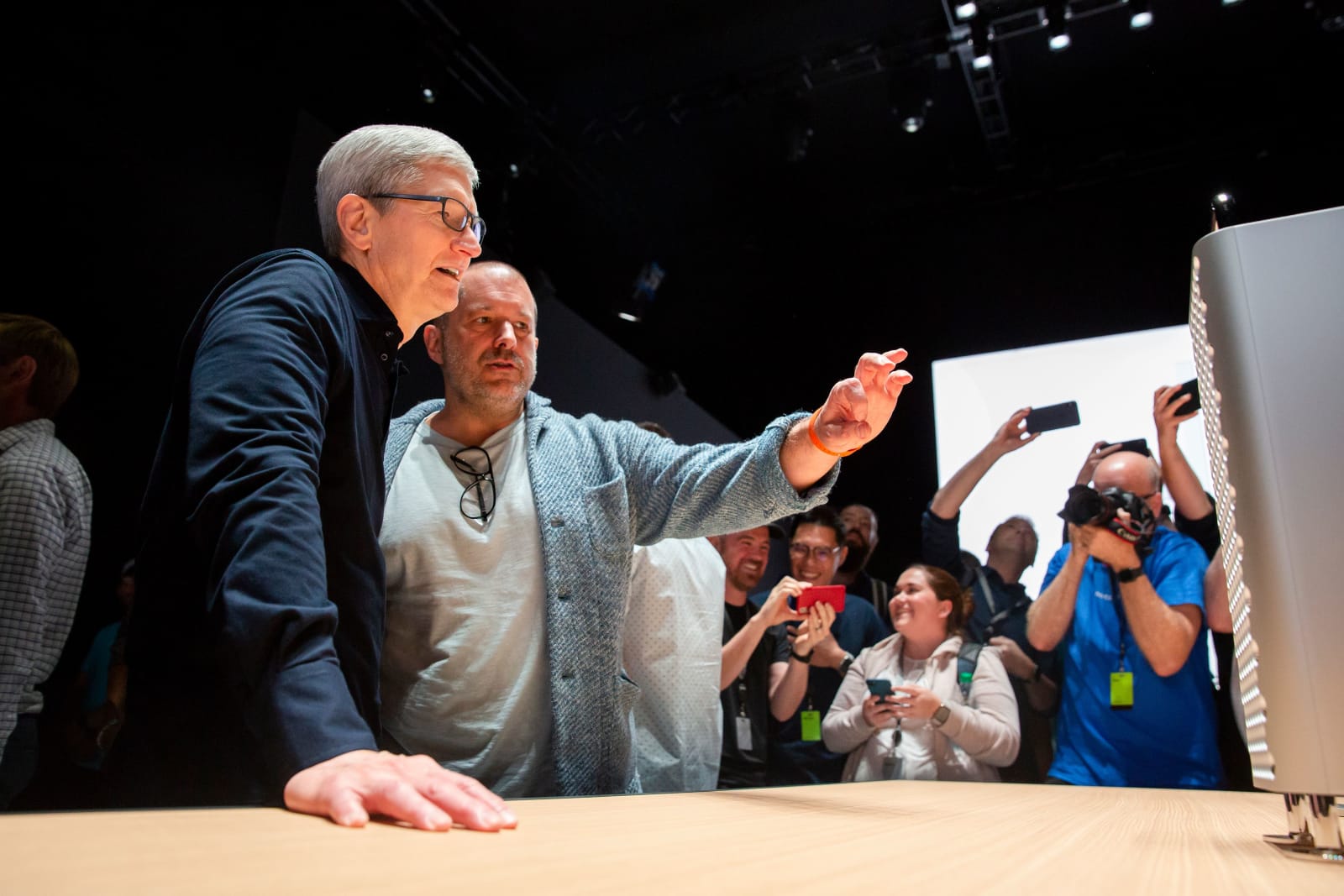 But that seems to have waned a little over the years. In 2015, Ive was given the title of Chief Design Officer, where he gave up a lot of his day-to-day managerial duties. He seems to have picked the job back up in 2017, in part perhaps, because his work on the spaceship-shaped Apple Campus had come to an end -- but it remains a mystery as to whether there were other reasons for the move.

Now, Ive is gone from Apple, leaving behind an enormous legacy that will be incredibly difficult for his successors to live up to. Ive was inextricably tied to Jobs' and Apple's comeback, and therefore to the company's meteoric rise to where it is today. Ive's departure also marks a recent shift in Apple's priorities, as it moves increasingly toward software and services as a source of revenue. Of course, Ive said he and his design firm will continue to work with Apple, but his leaving is still, unquestionably, the end of an era.

In this article: apple, gear, jony ive, personal computing, personalcomputing
All products recommended by Engadget are selected by our editorial team, independent of our parent company. Some of our stories include affiliate links. If you buy something through one of these links, we may earn an affiliate commission.