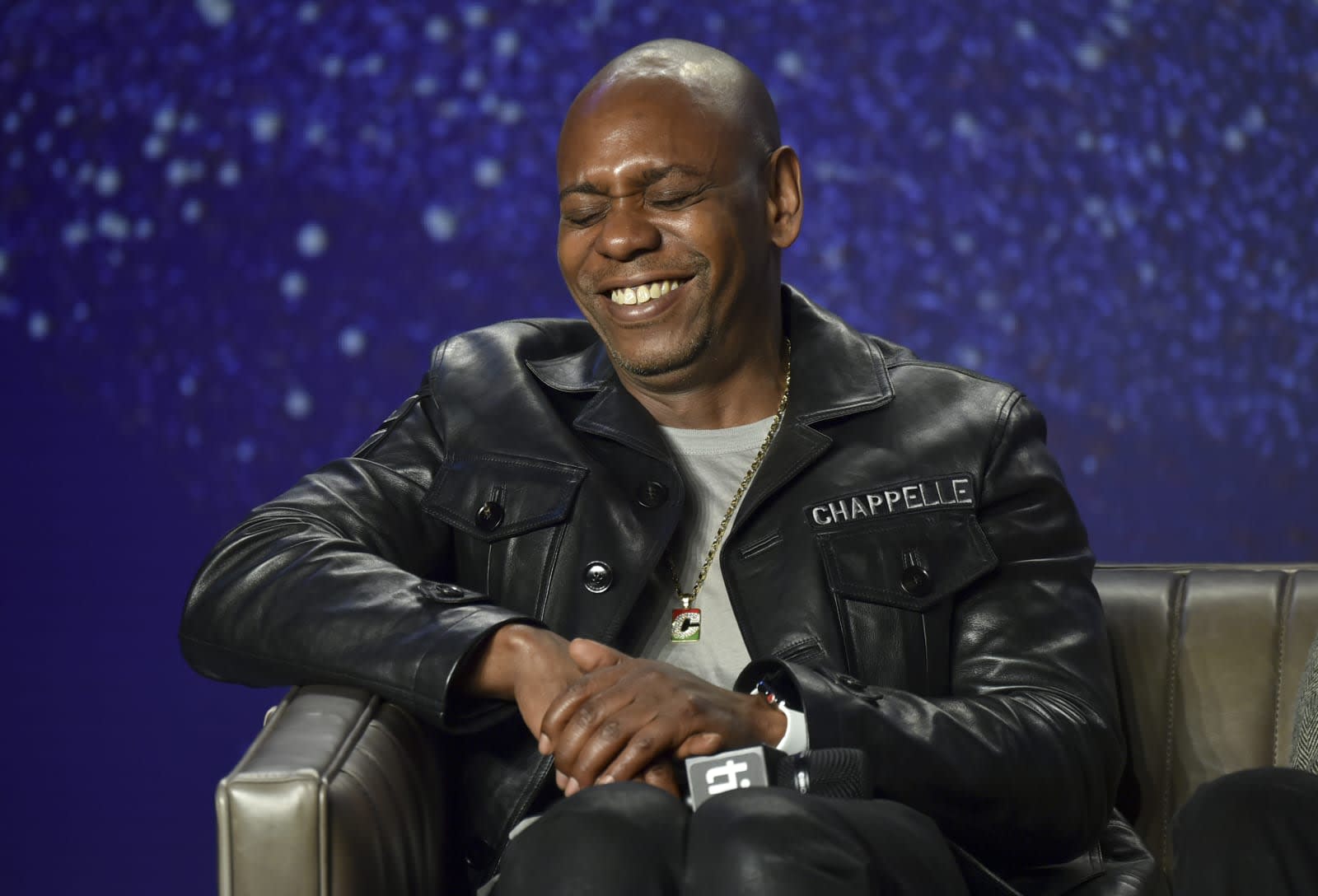 Dave Chappelle has enjoyed a fruitful relationship with Netflix over the last few years, having released four stand-up specials on the streaming service, picking up a hefty pay packet and Grammy and Emmy awards for them. The comedy icon is about to unleash his fifth set on Netflix when Sticks & Stones drops August 26th. It announced Chappelle's latest special with a Morgan Freeman-narrated trailer.

Netflix has released many stand-up specials over the years with the likes of Chris Rock, Ellen DeGeneres, Adam Sandler, (possibly) Eddie Murphy and dozens of other comics showcasing their talents on the platform. But competition seems to be intensifying among streaming services for comedians.

Amazon Prime released its first original stand-up sets this month, starting with one from Jim Gaffigan (his half-dozen other specials are currently on Netflix). HBO has a long, rich history of stand-up too, and it might well invest more resources there ahead of the HBO Max launch in the spring. Still, few other comics have the star power of Chappelle.

Source: Netflix (Twitter)
Coverage: Deadline
In this article: av, comedy, dave chappelle, davechappelle, entertainment, netflix, stand-up, standup, standup special, standupspecial, streaming
All products recommended by Engadget are selected by our editorial team, independent of our parent company. Some of our stories include affiliate links. If you buy something through one of these links, we may earn an affiliate commission.