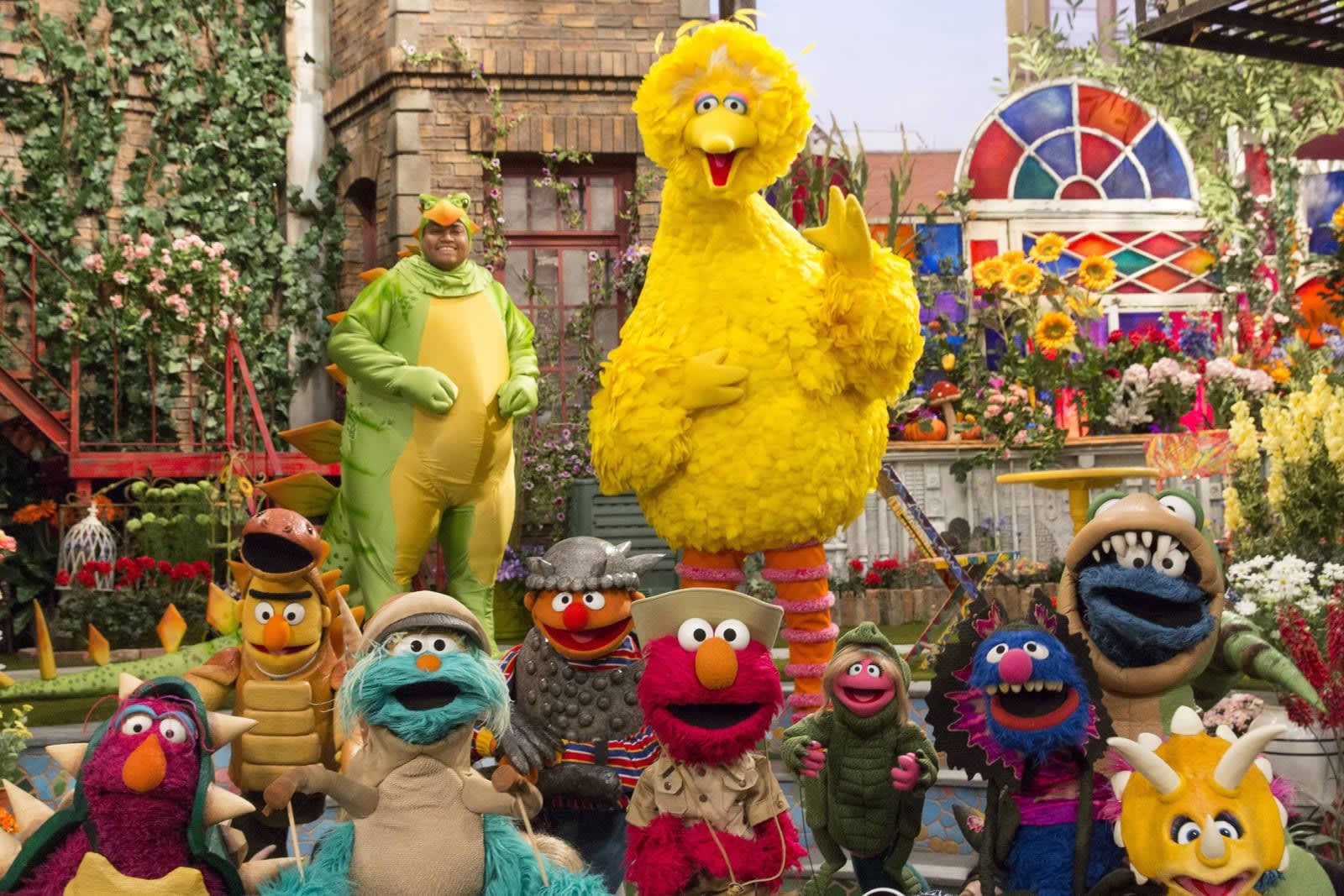 The streaming-rights war rages on, with beloved children's show Sesame Street being the latest title caught up in the custody battles (sort of). After securing a five-year deal for the exclusive streaming rights to the show in 2015, HBO was the only place you could watch new episodes for the first nine months after they aired. Following that period, you'd be able to also watch them on PBS. Deadline is reporting that a new agreement announced today would make Sesame Street's entire 50-year library available online. Episodes that were previously on HBO will be moved to HBO Max along with the entire existing collection -- that's more than 4,500 episodes, although it's not clear how many of these will be available to watch at the same time. The exclusive rights also cover annual specials and character-driven short-form collections.

The new five-year deal also sees HBO ordering five new 35-episode seasons after the show finishes its current (50th), and like before, the new episodes will air exclusively on HBO Max before then heading to PBS Kids. The details on what this will look like aren't clear yet, though Deadline believes a similar nine-month exclusive period might be in place.

Several new series and spinoffs are also coming to HBO Max, including The Not Too Late Show with Elmo, which is described as a "family-centric live-action take on a late night talk show... featuring Sesame Street's celebrity friends." New annual specials, a docuseries exploring issues for children and families, a new season of Esme & Roy as well as two new animated series are also incoming.

It sounds like with this new deal, HBO Max will hold the rights to practically all the Sesame Street content available to stream, although it's worth noting that the show's makers Sesame Workshop are also working with Apple to produce puppet-based live-action and animated series. These won't be linked to Sesame Street, though.

As AT&T continues to nab the exclusive streaming rights to popular titles for its upcoming premium service, HBO Max is shaping up to be a major contender to Netflix, Hulu and Amazon Prime Video. It's already secured popular shows like Friends, The Big Bang Theory, Doctor Who and new seasons of animated comedy The Boondocks. If you're a fan of those shows and Sesame Street, it might be time to consider adding HBO Max to your monthly expenses.

Source: Deadline
In this article: av, entertainment, hbo, hbo max, sesame street, streaming, TV
All products recommended by Engadget are selected by our editorial team, independent of our parent company. Some of our stories include affiliate links. If you buy something through one of these links, we may earn an affiliate commission.