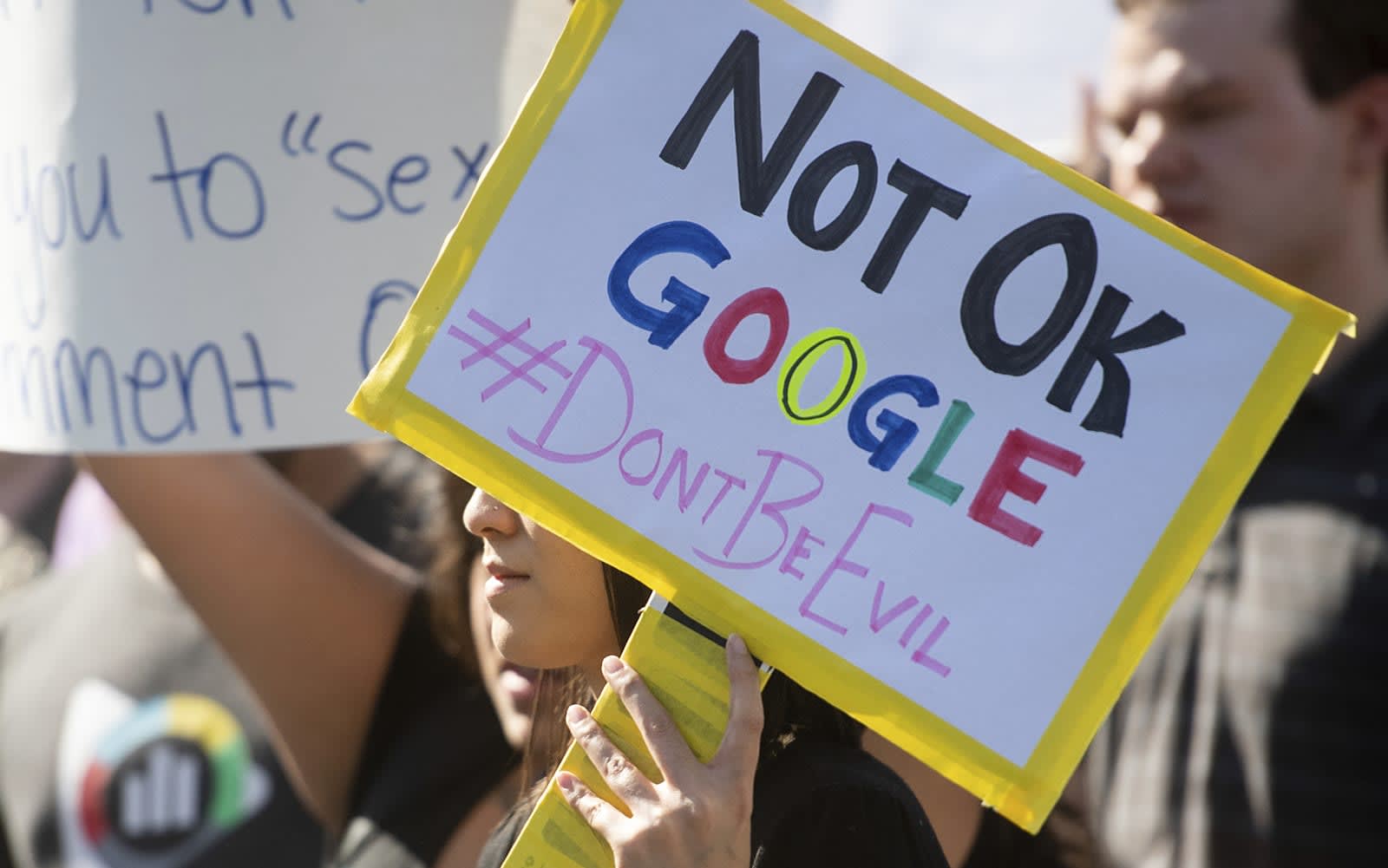 Four Google employees fired last week say they were let go for engaging in protected labor organizing, and that they plan to fight back. In a letter shared today, they say they're filing unfair labor practice charges with the National Labor Relations Board.

The four claim that Google fired them, in part, to send a message to other employees not to take part in labor organizing. "It's about trying to stop all workplace organizing," their letter states.

Google previously claimed that the former employees had "clear and repeated violations" of data security policies -- including conducting "systematic searches" for employees' materials. They allegedly shared that info beyond the scope of their jobs and set notifications for what people were doing when, like attending medical appointments.

In a statement provided to Engadget, a Google spokeswoman said:

"We dismissed four individuals who were engaged in intentional and often repeated violations of our longstanding data security policies, including systematically accessing and disseminating other employees' materials and work. No one has been dismissed for raising concerns or debating the company's activities."

The employees deny this, stating, "We've all been subjected to interrogations, some of us for hours, and all of us had our reputations smeared in the press as Google spread rumors that we were rule-breaking troublemakers who "leaked" sensitive information. This is flatly untrue."

Three of the four fired employees identify as LGBT and some of their activism has included working with Google's "Gayglers" on issues like equal health insurance benefits for same-sex partners before gay marriage was legalized across the US, The Guardian reports.

This firing and the charges are just the latest in escalating tension at Google. Dozens of employees have claimed they faced retaliation after reporting workplace issues. They've held sit-ins to raise awareness for Google's alleged "retaliation culture," and as many as 20,000 employees have participated in walkouts.

Google claims it has made it easier to report harassment. It has also issued reminders that Googlers are responsible for their words and will be held accountable for them, warned employees against protesting the company at San Francisco Pride, scaled back town hall meetings and hired an anti-union consultancy.

Via: The Guardian
Source: Google Walkout For Real Change
In this article: business, charges, culture, employees, federal, file, fired, google, internet, labor laws, labor rights, national labor relations board, organizing, retaliation, tomorrow, unfair labor practice
All products recommended by Engadget are selected by our editorial team, independent of our parent company. Some of our stories include affiliate links. If you buy something through one of these links, we may earn an affiliate commission.