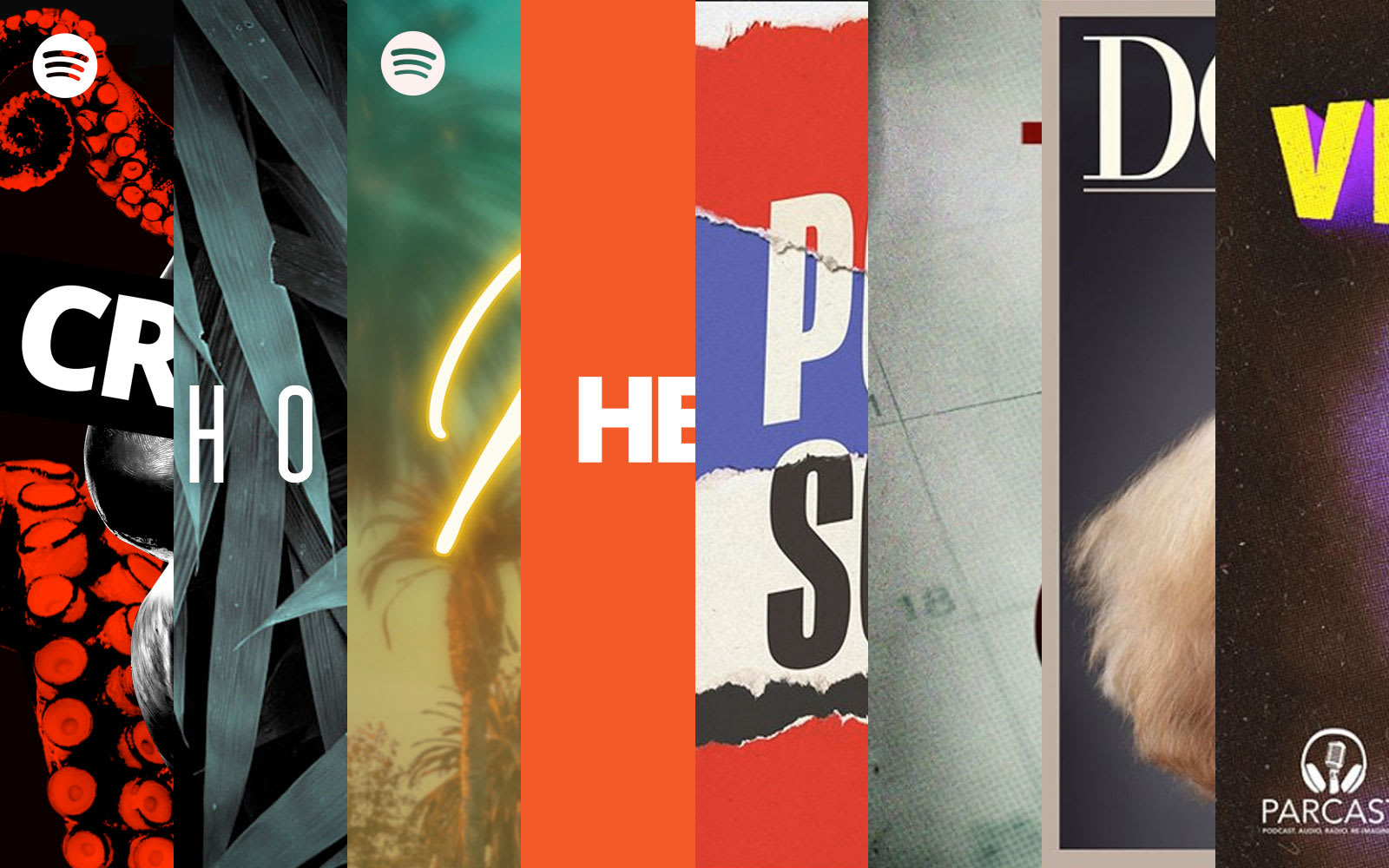 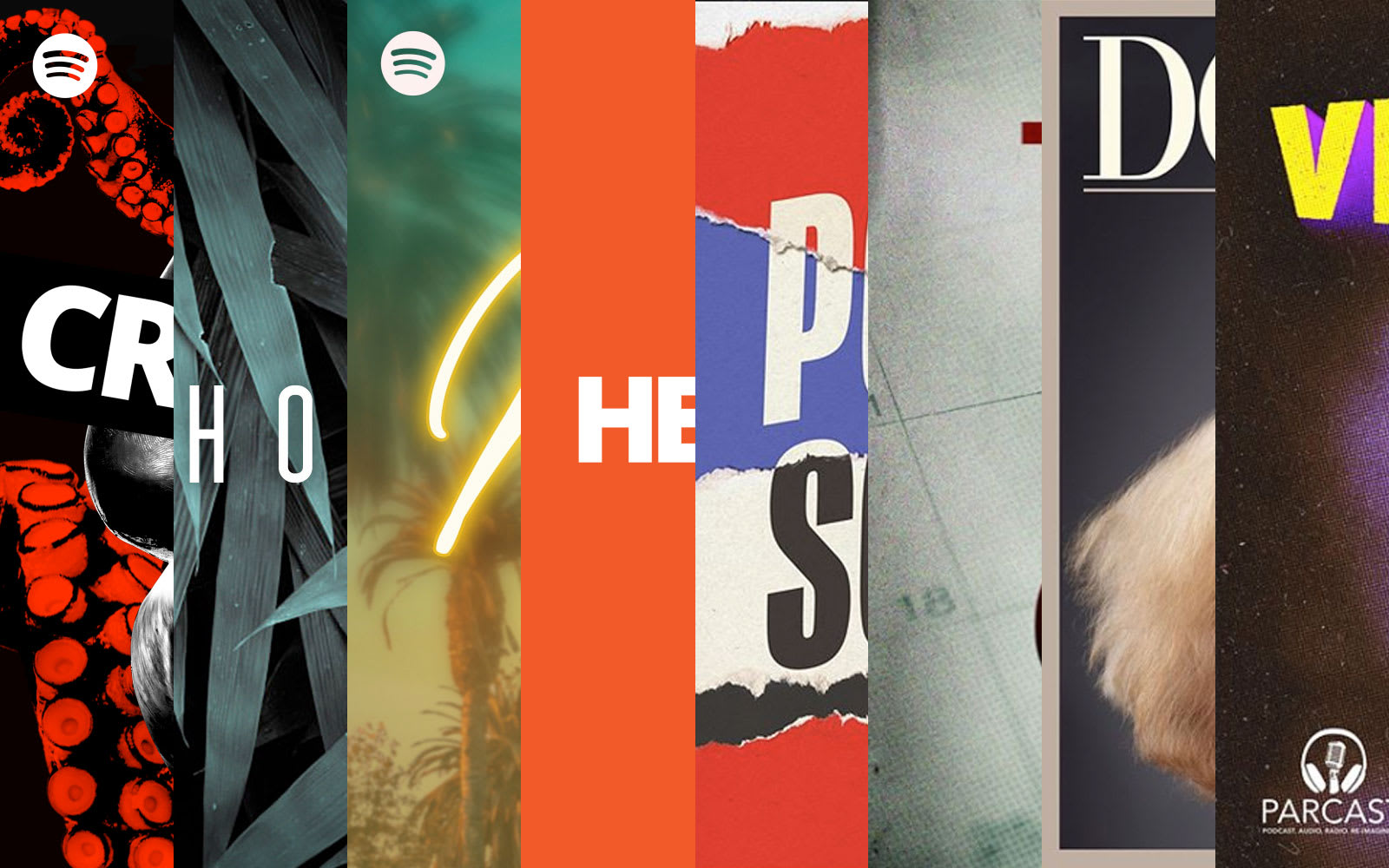 By February, 2019 was already a huge year for Spotify. As part of its earnings announcement, the company revealed that it had finally made a profit -- a benchmark that seemed somewhat unattainable given the service's expensive operating costs. In that same news drop, Spotify also proclaimed it was ready to become a power player in the world of podcasts. It spent big, locked down exclusive shows and introduced several new features for users. And the effort won't end as 2019 comes to a close.

Spotify's podcast push actually began in 2017. During a test in Germany, the company noticed a music publisher had posted audiobooks and other content on the service. Over time, it became popular, and Spotify realized it might be on to something.

"We realized that [for] people who were already in love with Spotify for music, it's a natural evolution to offer something complimentary to music on the service," Spotify's Vice President, Global Studios and Video Courtney Holt explained. "Podcasts are just a great complimentary product." Holt said the company realized the first step was to expand its catalog. And in 2018, it began to do just that.

In October 2018, the service opened up its podcast section to everyone. As part of the Spotify for Podcasters program, creators could post their shows from their aggregator or host. In return, the streaming service promised valuable data on performance, audience demographics, followers, listener locations and engagement. It was a sign of what was in store for 2019: Spotify had flung its gates open wide, and it was ready to make podcasts a bigger piece of its audio offering -- and its business.

"We were testing a lot in 2018," Holt continued. "We thought we would actually be able to achieve our goals, so it was like: 'Okay, now we're ready to scale.' But there was a good year plus learning that went into it."

In February, the company made its two biggest podcast moves of the year. In that earnings report, Spotify announced it was acquiring Gimlet Media, the production company behind popular shows like StartUp, Reply All, Crimetown and The Pitch. The company also revealed that it had purchased Anchor, a service that helps creators record, host, distribute and, most importantly, monetize podcasts. With apps for iOS, Android, iPad and desktop web, Anchor streamlines the process so that anyone can feel like they, too, can be a podcast star. In one swipe, Spotify had picked up one of the biggest podcast producers to pad its library and create new shows, while also locking down an easy-to-use production suite for prospective creators.

Anchor wasn't the first audio production suite Spotify had acquired, though. In 2017, it purchased Soundtrap, an online collaborative music studio. The move was a bit of a head-scratcher at first, but in May, Soundtrap for Storytellers debuted. Essentially, Soundtrap tweaked its formula for audio editing and cloud-based collaboration to cater specifically to podcast creators. Spotify now had two user-friendly platforms literally anyone could use to make a show. And, of course, they could push it to the streaming service for the world to hear.

"Growing podcast listening on Spotify is an important strategy for driving top of funnel growth, increased user engagement, lower churn, faster revenue growth and higher margins," the company said in the earnings report. "We intend to lean into this strategy in 2019, both to acquire exclusive content and to increase investment in the production of content in-house."

And it leaned in quickly. A month after announcing its big Gimlet/Anchor acquisitions, Spotify announced a deal for Paracast, another popular podcast production company that was quickly becoming a rising star on the charts. With Paracast, Spotify got a studio that checked two very important boxes. First, at the time, Paracast had 18 true crime shows that were already tapping into our collective fascination with murder-mystery and conspiracy theory podcasts. Second, Paracast was churning out new episodes faster than a lot of the competition. The studio had nine weekly or bi-weekly shows, so the steady stream of content was more of a fire hose.

"When you lay out all the components of podcasting, at the simplest level, what we've done is we've built what I think is a really defensible position by bringing all these things together," Holt said. "Laid out over the course of the year, it feels like a sequence of events, but we were sort of doing these things all at the same time."

Acquisitions weren't the only major podcast deals Spotify signed this year. It also locked down some big names exclusively for its content library. The biggest of which was the Obamas. In June, the service signed an agreement with their production company Higher Ground for multiple shows covering a range of topics. Of course, President Obama and his wife, Michelle, are both slated to appear on some of those. 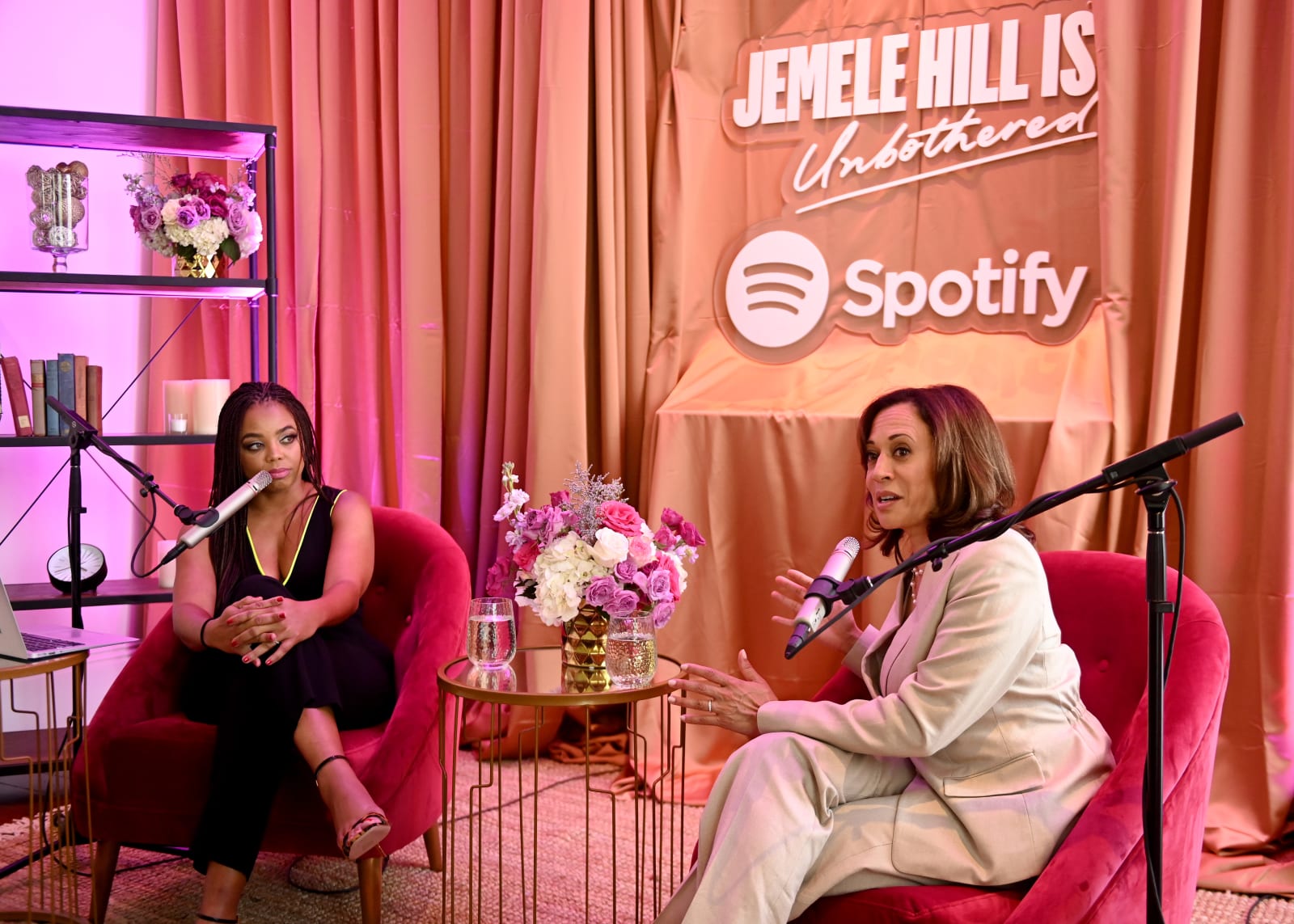 There are also less headline-grabbing exclusives, like the sports-focused show Riggle's Picks, starring comedians Rob Riggle and Sarah Tiana. Exclusives weren't a new adventure to Spotify in 2019 -- it had already amassed shows like The Joe Budden Podcast, Jemele Hill Is Unbothered and Amy Schumer Presents. But snapping up high-profile names that would only appear in its podcast list is something you can expect Spotify to continue doing in 2020 and beyond.

In fact, Spotify has already begun to reveal some of its plans for 2020. You can expect shows from Jordan Peele and Mark Wahlberg, and the service has announced that popular true crime comedy show Last Podcast on the Left will be an exclusive next year. There's also scripted true crime comedy The Case of Adirondack Rose from executive producer Paul Feig's (Ghostbusters, Bridesmaids) Powederkeg production company and writer Amy Reed (The Boy and Girl Who Broke the World, The Nowhere Girls).

Of course, there's always a concern when you hear the term "exclusive," especially when it comes to audio or visual content you might want to stream. Holt explained that the idea was never to lock down Gimlet shows or podcasts from other studios it acquired on its own service. 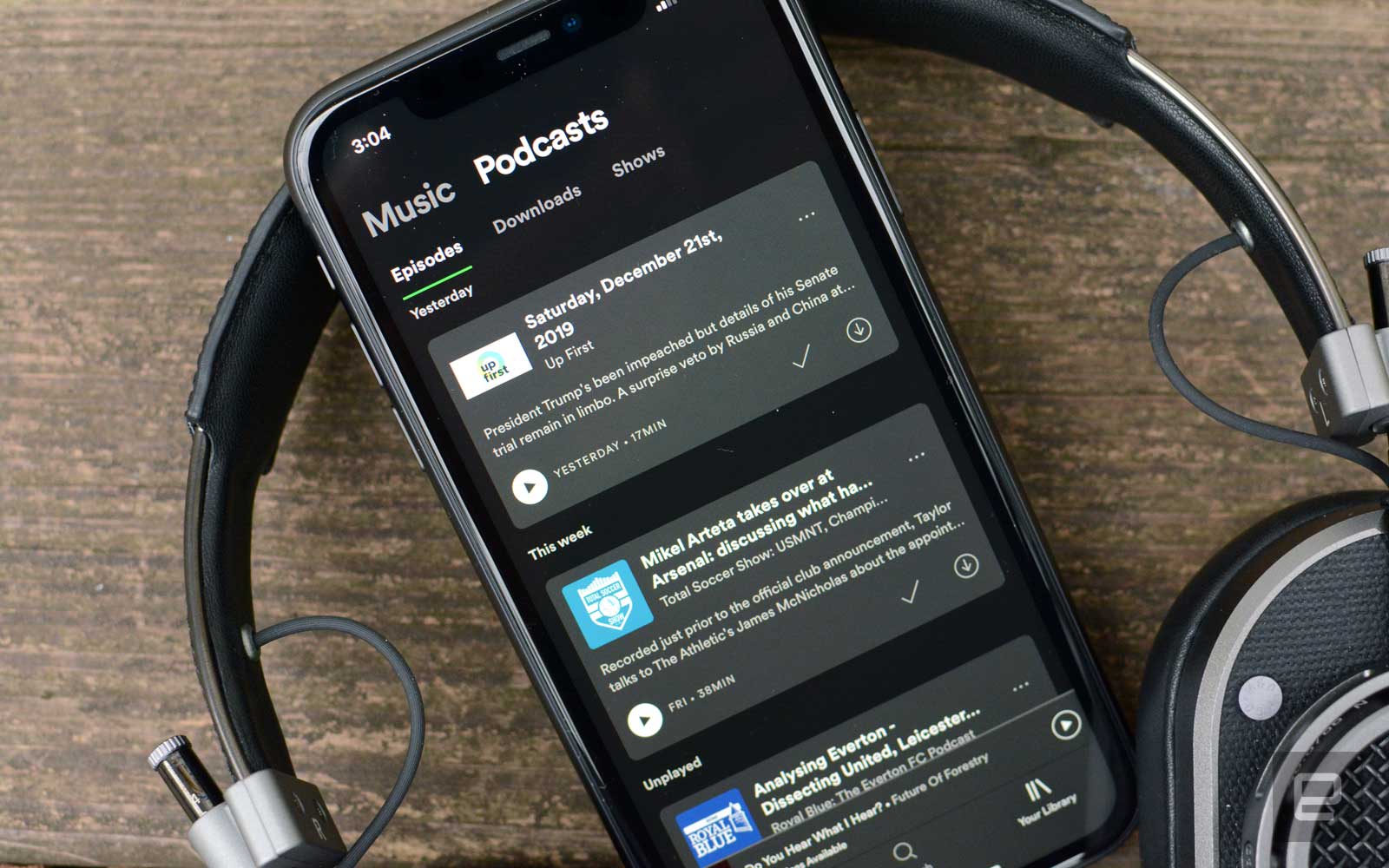 “I believe podcasting needs to be free and available to all consumers.”
Courtney Holt

"With Gimlet's existing shows that were broadly distributed, we've kept those shows broadly distributed and we also tried testing new distribution opportunities," Holt continued. He also said that the recent season of Gimlet's Mogul was exclusive to Spotify at first, but the company rolled out episodes to other platforms over the course of the season. And at a time when platforms like Stitcher and others are locking content behind a paid or "premium" subscription, Spotify has no plans to do that.

"I believe podcasting needs to be free and available to all consumers," Holt said. "Our intention is the content is available for free to our users -- whether you're free or premium, the experience the same."

Content is only part of the equation though. You have to give people the tools they expect when listening to podcasts and make shows easy to find. Throughout 2019, Spotify has tweaked its apps and constantly introduced new avenues of podcast discovery. In June, the company reorganized the Your Library section of the app to make podcasts more prominent. Essentially, it gave your shows equal weight to your playlists, with tabs for episodes, downloads and shows for easy access. This summer, Spotify also debuted Your Daily Drive, an auto-generated mix of music and news for your commute. The idea is it's less podcast curation and more a mix of news updated throughout the day from NPR, the New York Times and the Wall Street Journal. And you surround those shorter episodes with a collection of your favorite tunes.

The company took those features a step further in September when it allowed users to add podcasts to any playlist. And it followed that up with a playlist full of recommendations with Your Daily Podcasts. Like its Daily Mix playlists for music, Spotify began serving up recommended episodes based on the shows you listened to. Basically, the company is doing for its episodic content what it does for music: creating a constant stream of curated items based on your listening habits. Sure, it's all in an effort to keep you listening as much as possible, but these features are handy and Spotify's algorithms do a solid job with the recommendations.

And just this month, Spotify added a way for users who've never listened to podcasts on the platform before to get recommendations based on topic, rather than personalizing them to listening activity. It's all in an effort to get everyone listening to shows, no matter if they're paying for a subscription or just haven't done it before.

Spotify first added podcasts to the mix in 2015, alongside a big video push. At the time, it seemed like the company was content with giving users the ability to access shows alongside their daily music. It became clear in 2019 that Spotify was ready to be one of the most powerful podcast platforms, and it was willing to spend big to take on Apple's decades-long dominance of the medium. And it's already paying off.

In its Q3 2019 earnings, the company reported a 39-percent increase in listens over three months. Most of that was in the US, but there were gains in Europe as well. Perhaps more importantly, Spotify said listeners who came for the podcasts were sticking around for the music. More specifically, the shows were driving premium subscription sign-ups. And who knows, we may soon see a Create Podcast button in the streaming app, based on clues uncovered in the code. That could certainly inspire creators who've been procrastinating to record a new episode.

If the service is able to take a chunk of Apple's podcast pie while also increasing the likelihood someone will sign up for a paid plan, the big push for episodic content and tools for anyone to create it will continue in the months to come.

In this article: anchor, audio, entertainment, gimlet, gimlet media, higher ground, internet, last podcast on the left, obama, obamas, paracast, podcast, podcasts, soundtrap, soundtrap for storytellers, spotify, streaming, streaming service, the case of adirondack rose, the obamas, yir2019
All products recommended by Engadget are selected by our editorial team, independent of our parent company. Some of our stories include affiliate links. If you buy something through one of these links, we may earn an affiliate commission.