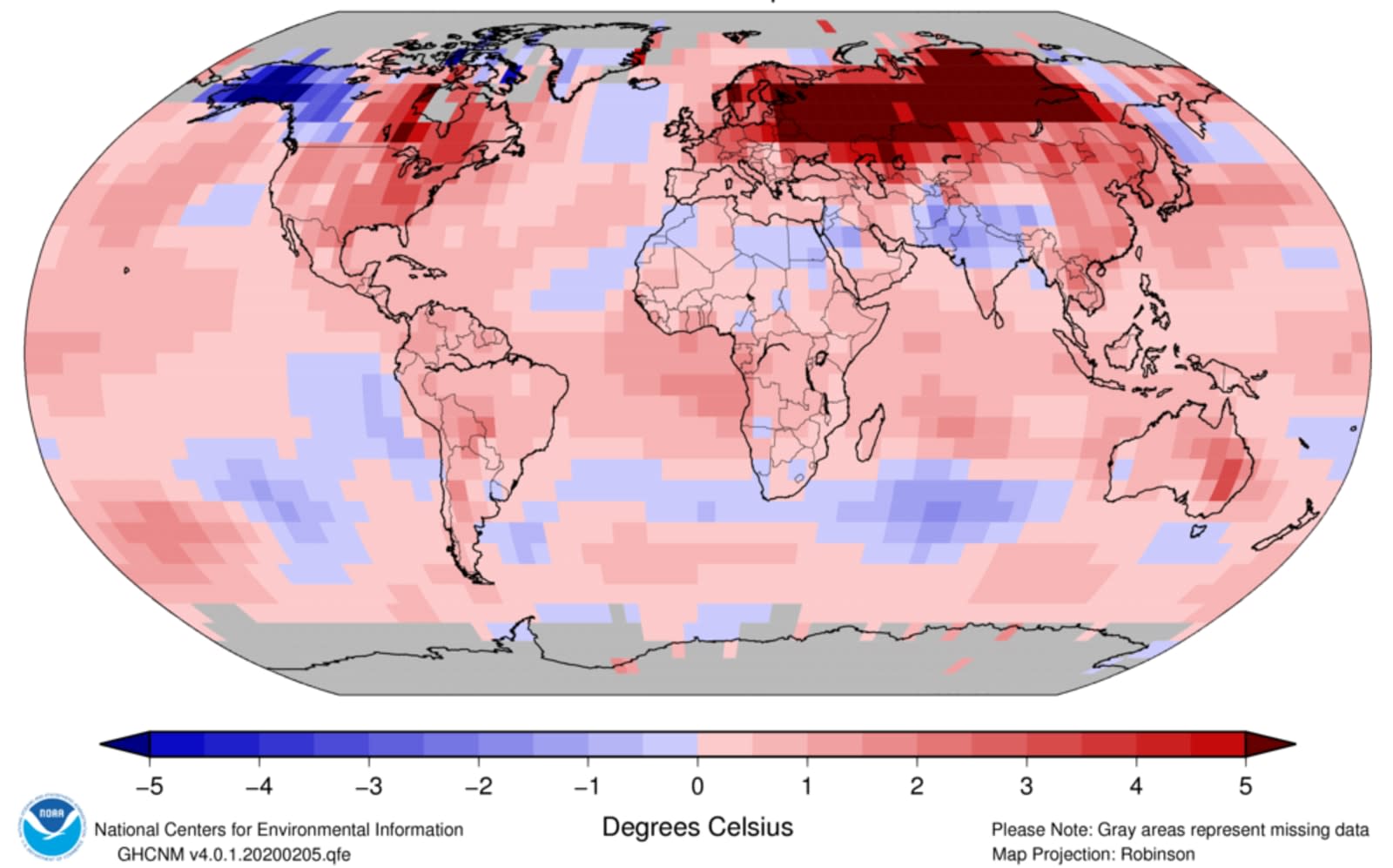 In 141 years of climate records, January 2020 was the hottest January yet, according to scientists from NOAA's National Centers for Environmental Information. Global land and ocean surface temperatures were 2.05 degrees Fahrenheit (1.14 degrees Celsius) above the 20th-Century average, beating the previous record set in January 2016 by 0.04 degrees F (0.02 degrees C).

This shouldn't be too surprising, given that 2019 was Earth's second-warmest year on record, last June was the hottest on record and researchers just recorded record-high temps in Antarctica. According to NOAA, the 10 warmest Januaries have all occurred since 2002. What makes this year especially unique is that there was no El Niño to account for some of the warming.

Researchers say the planet is warming faster than originally thought. The UN has said even if nations stick to the Paris agreement, climate change will still be a major disaster. Meanwhile, some estimate that current emissions will heat the planet by more than 1.5˚C. That increase could melt nearly 2 million square miles of Arctic permafrost, destroy more than 70 percent of the ocean's coral reefs and expose 14 percent of the global population to bouts of severe heat.

In this article: climate change, global warming, green, hottest, hottest on record, january, month, national centers for environmental information, NOAA, record, tomorrow
All products recommended by Engadget are selected by our editorial team, independent of our parent company. Some of our stories include affiliate links. If you buy something through one of these links, we may earn an affiliate commission.