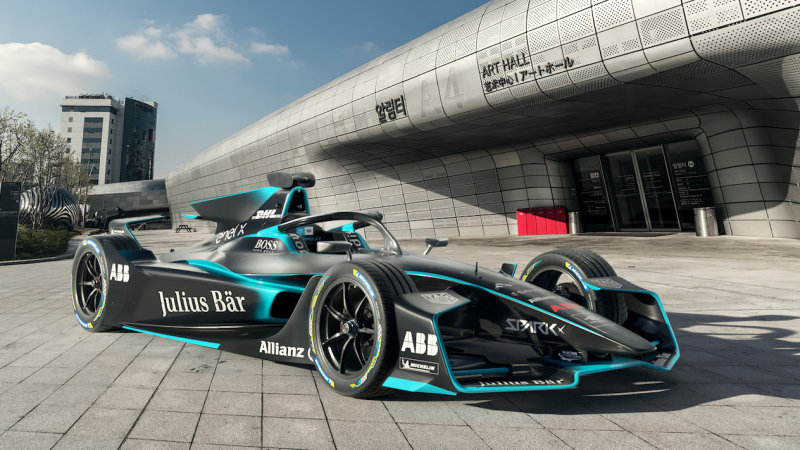 
Formula E continues to march along, and the series has just unveiled a new car design for the 2020-21 season. It’s called the Gen2 EVO, and it’ll be hitting the streets later this year for the series’ seventh season.

This car isn’t drastically different from last season’s design, but there are a few notable changes. Those include a new front wing, dorsal fin, curved rear wing and a new championship livery design. It looks like something straight out of a science fiction film. We dig it. The chassis and battery technology used in the cars will remain the same for this new year. Same goes for the 18-inch all-weather Michelin tires — Formula E runs with the same tires no matter if the tarmac is wet or dry.

One of the motivating factors for these body changes is to make the cars a bit more fragile, Autosport reports. Drivers were too eager to make contact with one another because the cars weren’t breaking. These design modifications may curb some of the aggressiveness by making the consequences much more dire for hitting somebody.

As a quick reminder, Formula E teams all must use the same chassis and body that you see here. Teams are allowed to design and develop their own electrical components and parts for the powertrain, but the cars all end up looking the same. If you want to see the Gen2 EVO Formula E car in person, it’ll be making its public debut at the Geneva International Motor Show on March 3.