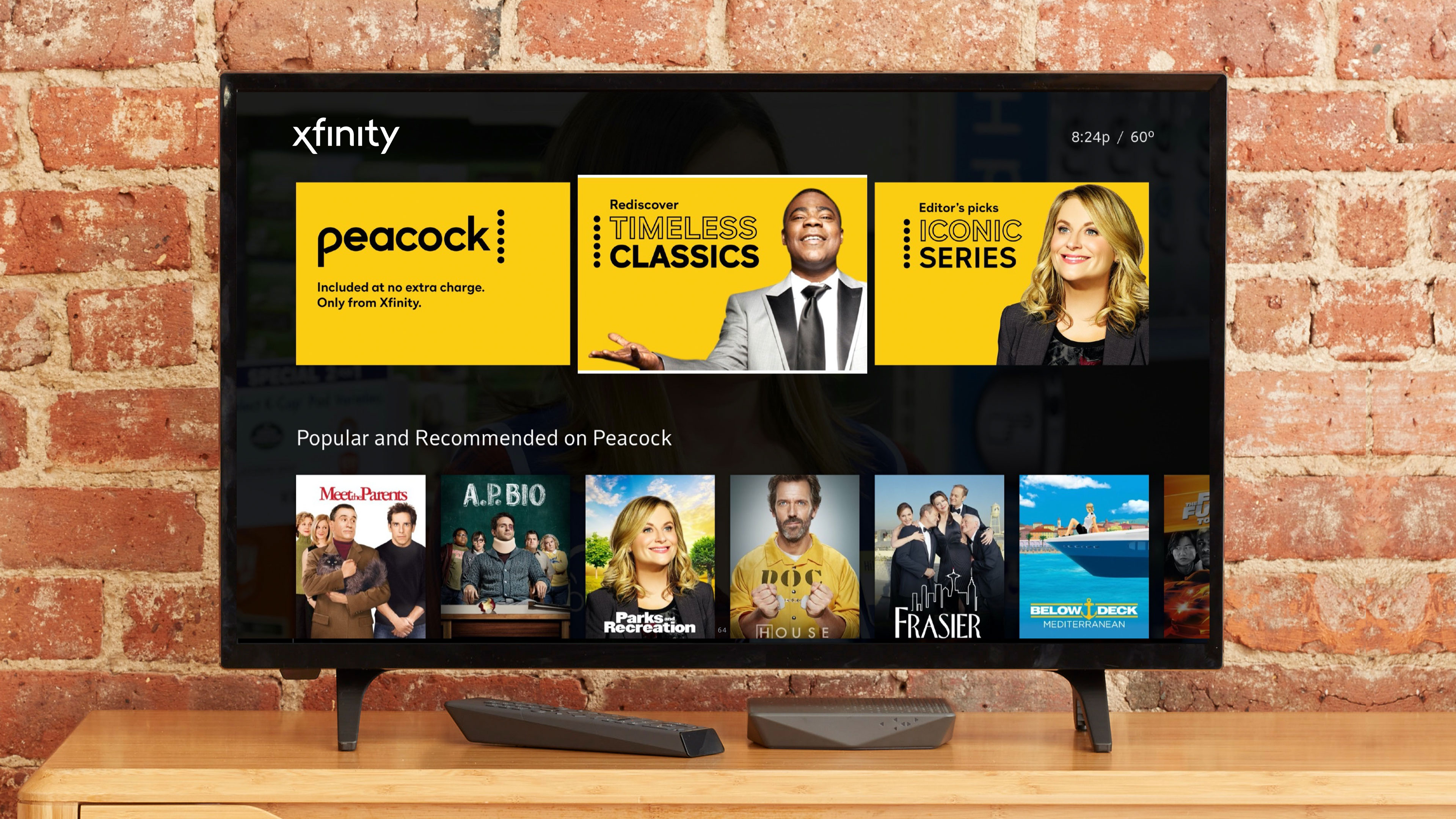 NBC’s streaming service is finally here: Peacock, the Comcast-owned platform that will be home to The Office (and much of NBC’s vast catalog), the (now-postponed) Tokyo Olympics and a lineup of new original content, is starting to roll out, though most people will have to wait awhile before it’s available.

The company launched an “early preview” on April 15th for Comcast subscribers who have an X1 or Flex set-top box. Everyone else had to wait until July 15th, for Peacock’s full US rollout. That includes its mobile apps, website and “popular connected-TV platforms,” but unfortunately Fire TV and Roku devices are left out of the launch. (A problem it shares with HBO Max.) Peacock is also headed to the PlayStation 4 on July 20th, five days after launch.

If you are curious about Peacock, you have a few different options to choose from, depending on what kind of shows you’re after and how much you’re willing to pay. NBC’s model is similar to Hulu, with different subscription and advertising levels.

Peacock Free is a free, ad-supported version with a more limited set of shows that will launch in July. It includes “next-day” access to broadcast shows, “classic” series, early viewing of late-night talk shows, as well as some movies, news, and Olympics coverage. A limited amount of original content will be available, as well as a handful of “curated” channels.

Peacock Premium, the version rolling out now in “preview,” includes all of  the above, as well as entire seasons of Peacock original series, dozens of shows from NBC’s library, and some current and older seasons of Telemundo shows. It also comes with full  access to Peacock’s sports coverage, which includes the Olympics, Ryder Cup and Premier League matches, and an NFL Wild Card game. Peacock Premium also includes ads and is $4.99/month. (Comcast subscribers will get the ad-supported version of Peacock Premium for free as part of their cable package.)

Notably, NBC promises ad load will max out at “five minutes of commercials or less per hour.” So even if you’re on the free tier, you should still see fewer commercials than you would on a typical broadcast channel.

But if you really can’t stand any commercials at all, NBC is also offering an ad-free version of Peacock Premium for $9.99/month. The content is the same as the $4.99 tier, it just doesn’t have ads.

As with any streaming platform, Peacock’s success will hinge on its content. The good news is that it has most of NBC’s back catalog to draw from. And Peacock will be the streaming home for popular shows, like Law and Order (and its spinoffs SVU and Criminal Intent), 30 Rock, Battlestar Galactica, Parks and Rec and The Office. There’s also going to be a 24-hour version of NBC’s Today show for people who can’t get enough of its morning personalities.

Noticeably absent from that list, however, are two of NBC’s biggest hits: Seinfield and Friends, which are currently claimed by other streaming platforms (Netflix and HBO Max, in this case). That said, if Peacock is going for the nostalgia factor, it still has plenty to work with. The company also has reboots of Saved by the Bell, Punky Brewster and Battlestar Galactica planned as part of its lineup of originals, which will start to launch later this year.

NBCUniversal also struck a deal with rival ViacomCBS to stream content from CBS, Showtime and the CW, including the likes of Ray Donovan, The Affair, and Charmed. Peacock will also get access to premium films from the Paramount library over the next three years, which include classics like The Godfather and American Beauty.

Another potential draw for Peacock is its sports lineup, which includes the Tokyo Olympics and Paralympics, Premier League matches, the Ryder Cup and the NFL’s Wild Card Playoff game (NBC’s regional sports offerings aren’t included). The catch, of course, is that most of these events are currently postponed or on hold due to the coronavirus, so NBC likely won’t be nabbing many new subscribers on the back of its sports offerings any time soon. The company announced that Peacock’s premium plan will feature everything from NBC Sports’ Gold Premier League Pass, which includes 175 Premiere League matches next season. You can also check out some Premier League content on July 15th for free.

In terms of original content, Peacock doesn’t have nearly as much to offer as competing services. It’s launching with nine original series, including an adaptation of Brave New World, the well-reviewed paranoia thriller The Capture, and the workplace comedy Intelligence.

As we’ve previously noted, NBC is mainly banking on nostalgia  — with reboots of classic show and brand new series from familiar faces like Amy Poehler (soccer comedy Division One), Mindy Kaling (Expecting) and Tina Fey (Girls5Eva) — though there are a few other intriguing titles, like Hatching Twitter, a drama based on Nick Bilton’s book chronicling the company’s founding.

How does it compare?

At this point, you might be wondering: Do I really need another streaming service? The short answer is it really depends on what you plan on watching. If you’re more interested in originals, you’ll likely be disappointed, especially in the beginning, as many series won’t even be ready until 2021.

But as a free service, Peacock could be a good complement for cord cutters who miss some broadcast TV. You won’t be able to watch shows live  — and there will be commercials — but the mix of new shows and some older series could be enough to draw in new viewers.

What’s less clear is if it’s fuller, paid offering will be able to compete with rivals like Netflix and HBO, which have the advantage of having their own big-name series and claim some of NBC’s biggest hits.

Update 4/17 1:12PM ET: This post originally stated Big Bang Theory was an NBC property. It is actually produced by CBS. We regret the error.

In this article: peacock, streaming, Comcast, television, Entertainment, video, thebuyersguide, NBC, feature, entertainment
All products recommended by Engadget are selected by our editorial team, independent of our parent company. Some of our stories include affiliate links. If you buy something through one of these links, we may earn an affiliate commission.