After all the teasing, coaxing and interviews, OnePlus didn’t have much else to say about its big return to keenly priced smartphones. Oh, except the price — arguably the most interesting part. At under $500, the OnePlus Nord sounds like yet another polished midrange device for anyone not sold on flagship phones that cost double that amount. But it has a huge 90Hz screen, a 48-megapixel camera sensor and 5G connectivity — it’s a lot of phone for the money.

And while it all sounds pretty good (especially in the matching ear buds) you’ll probably never get a chance to buy one if you’re in the US. The phone will launch in India and Europe, with a few devices seeded to OnePlus die-hards in the States.

And even if the phone makes a splash in other regions, unfortunately for OnePlus, Google’s Pixel 4a is on the horizon. It could spoil the party.

Can that powertrain fit inside a two-door Mustang coupe? I’m trying to see something.

Confirming an earlier “leak,” Ford has unveiled a one-off Mustang racing prototype that shows what unlimited power and torque can do. The Mach-E 1400 uses a 56.8-kilowatt battery and seven motors to make, you guessed it, 1,400 horsepower.

Three motors power the front axles, while four are connected to the rear. It might sound silly to have more motors than wheels, but those allow the car to be tuned for track racing, drifting or drag-racing. All those motors can drain the battery in less than 30 minutes, but it can also fully recharge in 45 minutes. In this four-minute video, Vaughn Gittin Jr. showed what it could do vs. gas-powered Fords (a ‘65 Mustang Hoonicorn RTR V2, a 2020 Mustang Shelby GT350R and 2019 NASCAR Mustang, driven by Ken Block, Chelsea DeNofa, Hailie Deegan and Joey Logano).
Continue reading.

How was that not a thing?

Even though Google’s various Nest displays already had built-in Cast support for services like YouTube and Amazon Prime, Netflix was blocking them. Now it isn’t.
Continue reading.

Stay cool this summer with this portable AC unit 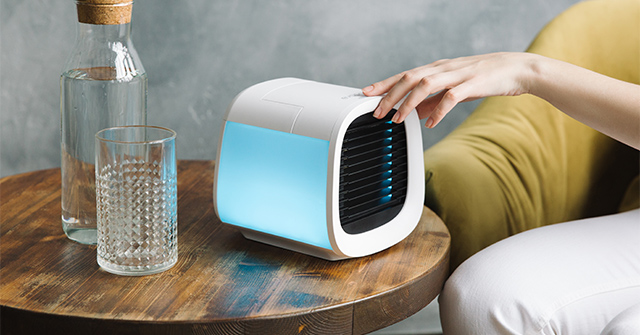 Make your tablet work harder for you with a few accoutrements.

Accessories will be key whether you’re turning your new iPad into a laptop replacement or just trying to protect it against daily-life hazards. Valentina Palladino tested out a bunch of cases, keyboards, styli and more to see which iPad accessories are the best to get right now.

Among her recommendations are the $18 ProCase Leather Folio, Logitech’s slim Keys to Go keyboard that costs $46 and HyperDrive’s $90 6-in-1 USB-C adapter.
Continue reading.

A US House antitrust committee is getting set to grill tech’s biggest CEOs early next week, but Microsoft wants them to focus on one in particular: Apple’s Tim Cook. Microsoft President Brad Smith met with the committee several weeks ago and reportedly stated concerns about how Apple manages its App Store.

Smith complained specifically about Apple’s arbitrary app approval policy, which recently caused a ruckus over the rejection of Basecamp’s Hey email app. He also railed against Apple’s payment requirement, which allows it to take as much as a 30 percent cut of developers’ revenue. That policy is currently the subject of an EU antitrust investigation launched at the behest of Spotify.
Continue reading.

Until 'later this year.'

Amazon’s own shopping holiday — Prime Day — will still go ahead this year, but it won’t be for a while, the company announced on Tuesday. As the COVID-19 pandemic continues to affect operations worldwide, a spokesperson confirmed “we’ll be holding Prime Day later than usual,” while promising to share “more details soon.”

Even bricks-and-mortar stores are reconsidering big retail dates — Walmart recently announced it will close on Thanksgiving this year.
Continue reading.

‘Rocket League’ will soon be free to play on all platforms

Apple's iPad mini is on sale for $350 at Amazon

A bunch of Anker accessories are on sale today at Amazon